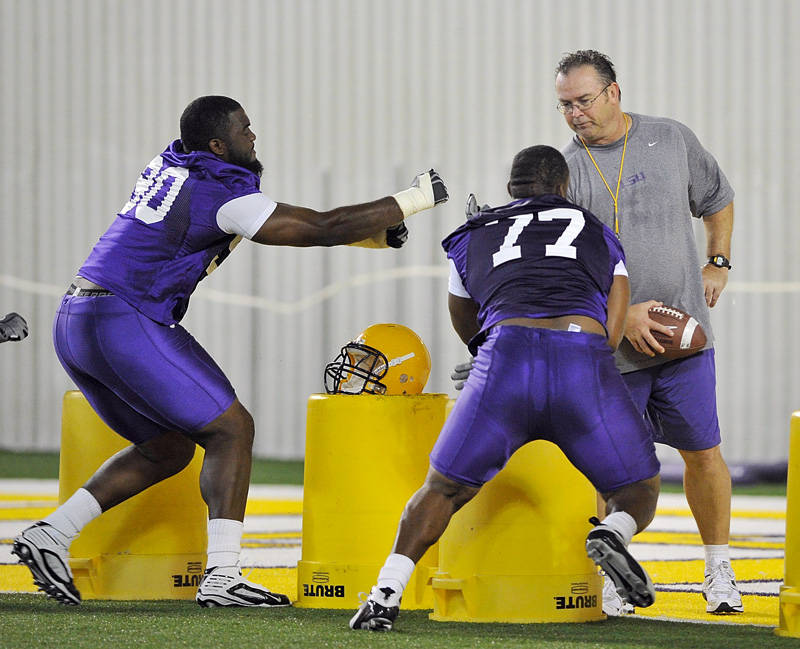 BATON ROUGE – LSU’s Joe Robinson has been named as one of four finalists for Special Teams Coordinator of the Year, FootballScoop.com announced on Wednesday.

Robinson is joined on the list of finalists by Joe DeForest of Oklahoma State, Tom Osborne of Oregon and John Papuchis of Nebraska.

Fans can go to http://footballscoop.com/coaching-awards/2010-coaches-of-the-year to vote for Robinson.

Robinson is in his third season with the Tigers during which time he’s developed the LSU special teams into one of the best all-around units in college football.

LSU has scored two touchdowns on punt returns this year and the Tigers have added one blocked field goal. The Tigers have also successfully executed three fakes – one field goal and two punts. The fake field goal against Florida helped setup LSU’s game-winning touchdown with six seconds left in the contest.

Individually, LSU kicker Josh Jasper leads the nation in field goals with a school-record tying 26 to his credit, nine of which have come from 40 yards or longer. Jasper also leads the SEC in percentage of punts downed inside the 20-yard line at 66.7 percent (14-of-21).

Peterson ranks fourth in the nation in combined kickoff and punt return yards with 1,269 to his credit this year.