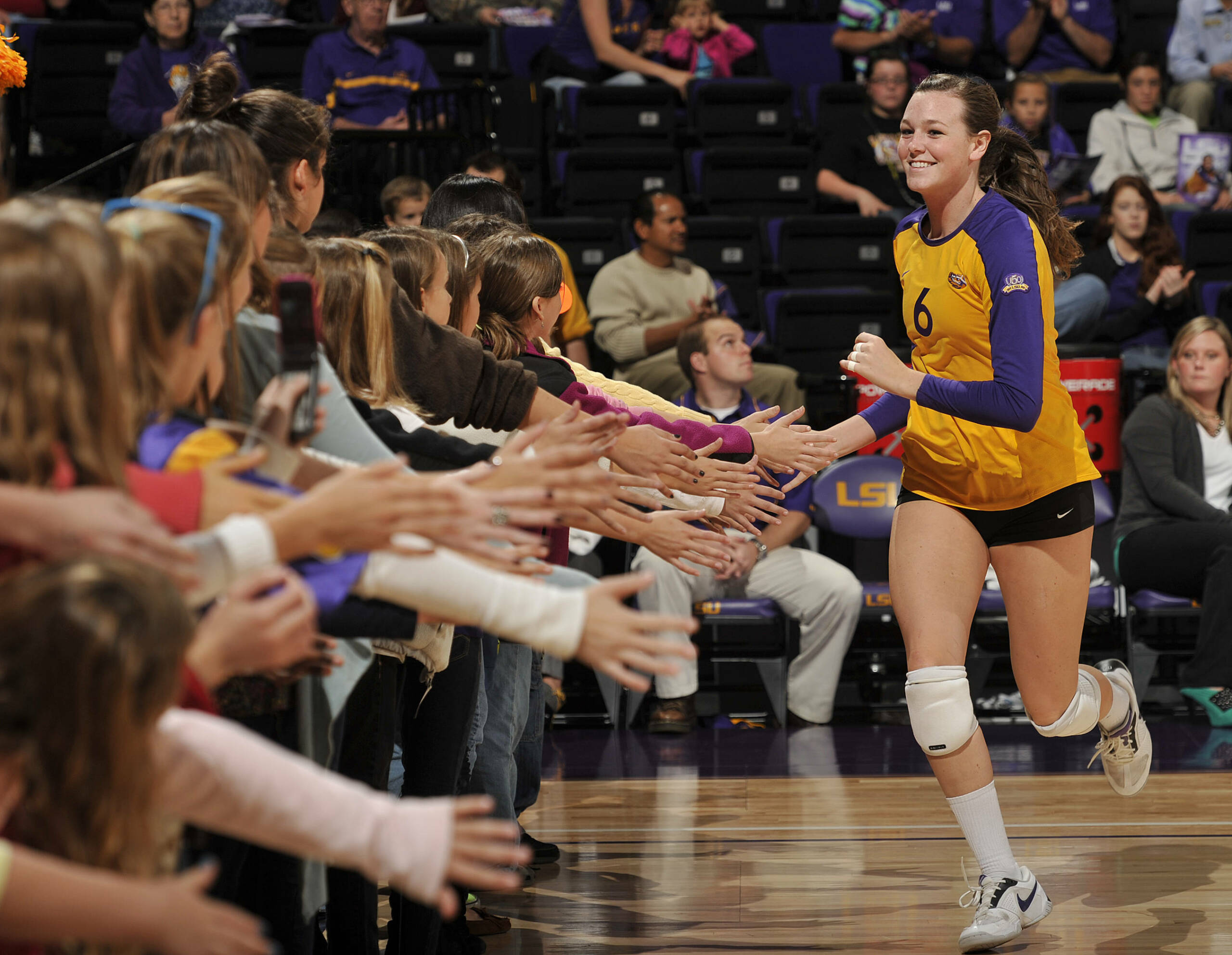 BIRMINGHAM, Ala. – LSU outside hitter Madie Jones notched SEC Community Service Team honors for her off-the-court efforts Wednesday as announced by the league office. It marks the first time that Jones has earned this award.

“We’re extremely pleased for Madie and the positive impact she has made on the Baton Rouge community representing our program,” head coach Fran Flory said. “She embodies the true spirit of a student-athlete and certainly works hard not only on the court but in the classroom and in the community as well.”

Jones has spearheaded a number of community service projects. She planted trees and other greenery around campus during LSU Greening Day.

Twice a month, Jones meets with an adopted underachieving elementary school student as part of the Volunteers in Public Schools Reading Friends. This year-long project works on building reading and self-esteem skills.

Jones also is actively involved with Heritage House where she has visited and interacted with nursing house patients.

As volleyball’s representative on the LSU’s Student Athlete Advisory Committee [SAAC], Jones has organized numerous team projects which include answering phones to raise money for local Muscular Dystrophy Association, sorting clothes at St. Vincent De Paul, visiting patients at Our Lady of the Lake Children’s Hospital and providing holiday gifts for a child from a homeless shelter at the annual Thanksgiving with the Tigers event.

On the court, Jones has contributed 10 of her 13 double digit kill performances during SEC action. The Tigers are 12-1 when Jones has powered home 10 or more kills. Her .313 hitting percentage in conference play ranks just outside the SEC’s Top 10.

LSU returns to action for the NCAA Tournament First and Second Rounds this weekend. The Tigers are of only 18 programs nationally to qualify for the last six NCAA Tournaments and square off with Tulsa Friday at 5 p.m. inside Oklahoma’s McCasland FieldHouse as part of the NCAA Norman Regional.

Live video, a live audio webcast and live stats will be available on LSUsports.com in the Geaux Zone. Fans also can follow in-match updates on the team’s official blog at http://lsuvolleyball.posterous.com.