by Will Stafford (@WillStaffordLSU)
'Meaux' vs. Van Chancellor +0 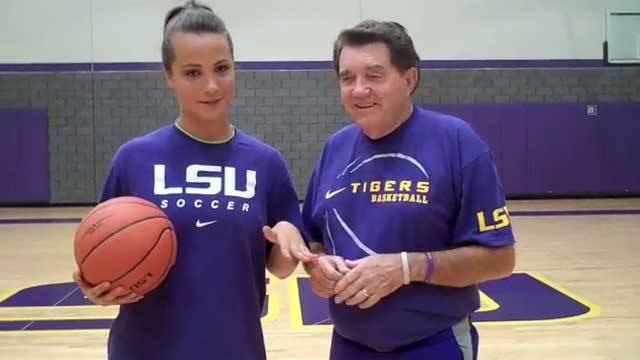 In an attempt to “Cram the Complex” during Friday’s match, ticket prices have been slashed to just $1 for fans at the front gate. Friday is also “Baton Rouge Soccer Association Night” at the LSU Soccer Complex as members of the BRSA will receive free admission to the match.

In addition, the match will serve as a “Student Priority Point Match” as LSU students receive free entry to the game by presenting their LSU Student ID while earning coveted priority points.

The Tigers (3-5-2, 0-1-1 SEC) are riding an impressive 12-game home unbeaten streak entering the match that dates back to a 3-0 win over the Southern Miss Golden Eagles on Aug. 28 of last season. LSU picked up its first point Sunday on the opening weekend of Southeastern Conference play as it battled Tennessee to a dramatic 1-1 draw in Knoxville with junior Natalie Martineau netting the equalizer in the 88th minute.

Alabama (7-2-0, 2-0-0 SEC) enters the match with a four-game winning streak, including two 2-0 wins in SEC play last weekend against Ole Miss on Sept. 24 and Mississippi State on Sunday afternoon.

Fans who are unable to attend Friday’s match at the LSU Soccer Complex can listen to a live radio stream of the game by going online to www.totalsportsradio.com.

The Tigers have dominated the Crimson Tide in recent years as they have won four-straight matches by a combined margin of 16-4 since the 2006 season. It is a streak that includes a decisive 3-0 win in their last meeting in Tuscaloosa a year ago and a record-setting 7-0 shutout in Baton Rouge in 2008 that remains as LSU’s largest margin of victory in an SEC game in program history.

“We’re excited about the opportunity to come back home and compete in front of a great crowd tomorrow night,” said LSU head coach Brian Lee. “Alabama is playing with a lot of confidence right now and at the top of our division after two big wins last weekend. We’ll have to match their intensity for 90 minutes.”

All LSU Soccer Facebook fans in attendance will have the opportunity to win a variety of great prizes and experiences courtesy of the LSU Marketing and Promotions Department.

Two lucky LSU Soccer Facebook fans in attendance will be announced during the first half as winners of a private tour of Tiger Stadium for them and a friend of their choice. Fans who sign-up to follow LSU Soccer on Facebook will also be entered to win gift certificates for LSU’s sponsors, authentic LSU Soccer game-worn jerseys and other great prizes throughout the match.

Entrants must be fans of LSU Soccer on Facebook to win these prizes and can sign-up on Friday night by visiting the LSU Marketing and Promotions kiosk at the LSU Soccer Complex.

After battling Alabama on Friday night, LSU will continue its four-game SEC homestand on Sunday with a match against the Auburn Tigers that is scheduled to kick off at 1 p.m. CDT. The game is also slated for a live television broadcast by Cox Sports Television.