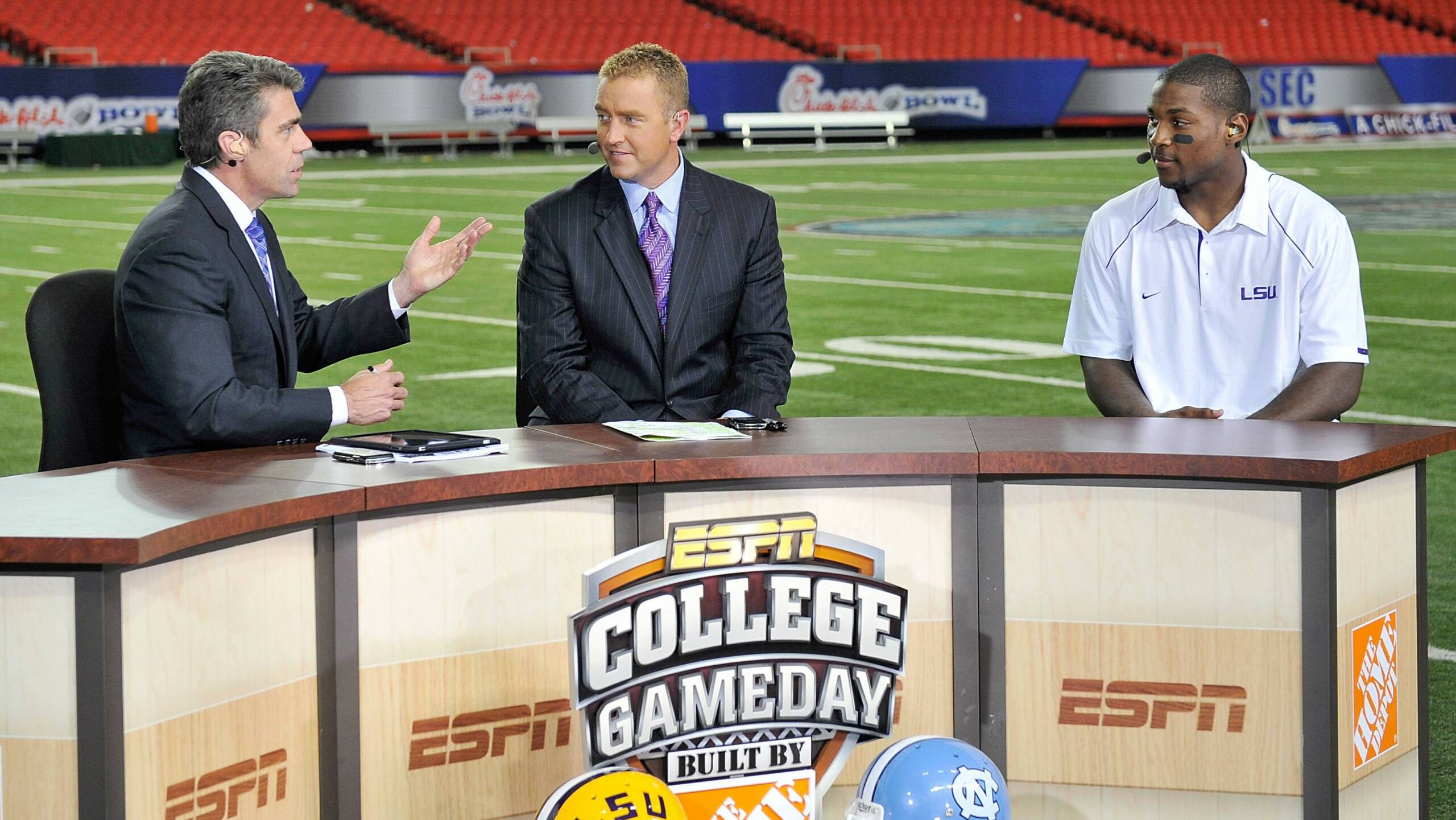 BATON ROUGE – LSU cornerback/return specialist Patrick Peterson will be a guest via phone on ESPN College Football Live at 2:30 p.m. CDT Wednesday and the show will re-air at 3 p.m. CDT on ESPNU.

A lockdown corner of the defensive side of the ball, Peterson has rarely been thrown to, but when teams do, he’s made the most of his opportunities. He recorded two spectacular interceptions (video) against Mississippi State in week three of the season and returned one of them 46 yards, LSU’s longest interception return since 2007.

For his career, he has accounted for four touchdowns and scored three different ways – punt return, interception return and blocked field goal return. He spearheads an LSU defense that leads the Southeastern Conference and ranks ninth in the nation in total defense, allowing only 254 yards per game.

A unanimous preseason All-American and a candidate for national player of the year, Peterson has earned national recognition as a Heisman Trophy contender by ESPN.com, CBSsports.com, CNNSI.com (video) and Rivals.com. Rivals.com ranks him as the nation’s top defensive player and top special teams player.