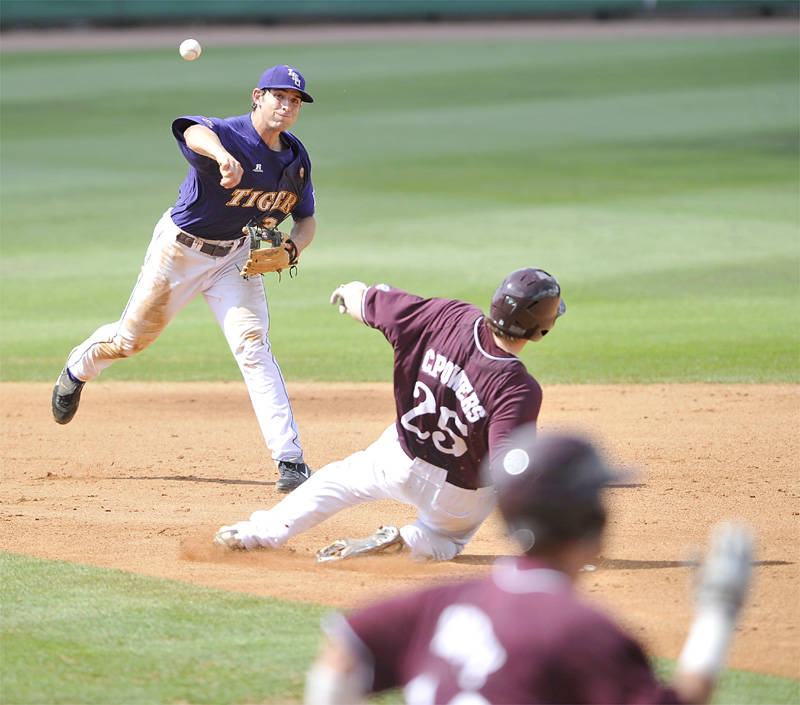 The Tigers worked on defensive fundamentals and engaged in a energetic round of batting practice prior to the scrimmage.

“It was a good first day, and I was pleased with the enthusiasm and effort displayed by our players ” said LSU coach Paul Mainieri. “We have a lot work to do, but I feel like we’re off to a strong start.”

Fall practice continues at 2:30 p.m. Monday in Alex Box Stadium. All scrimmages and workouts during the fall period, which concludes on November 5, are open to the public.

The LSU veterans are complemented by a talented class of 19 newcomers, including eight players that were selected in the 2010 Major League Draft. LSU’s incoming class was voted No. 1 in the nation in the annual Collegiate Baseball magazine recruiting survey.

LSU opens the 2011 season on February 18 versus Wake Forest in Alex Box Stadium.