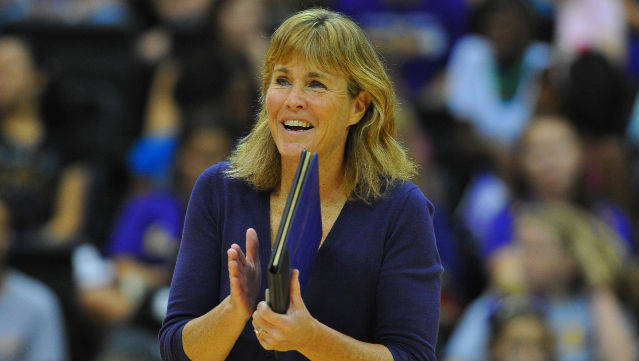 STARKVILLE, Miss. – The No. 17 LSU volleyball team used a total team effort with a quartet of players reaching double figure kills as the Tigers connected for a .358 hitting percentage and completed its first SEC road weekend with a 3-0 sweep over Mississippi State [25-19, 25-23, 25-14] Sunday inside the Newell-Grissom Building.

In the process, LSU (13-0, 4-0 SEC) surpassed the 1991 team’s 12-0 mark for the best start in program history. The Tigers also vaulted into sole possession of first place in the SEC Western Division and notched their 33rd consecutive win over SEC Western Division foes dating back to 2006.

“This weekend has been very productive for us, I’m proud of our team because we made a great step,” head coach Fran Flory said. “I challenged them before the match in the locker room and asked them are we going to make history or let history make us. I’m proud of their response.”

Brittney Johnson guided the LSU attack to its third consecutive performance with over .300 team hitting ratio. She passed out 33 assists to go along with five kills and five digs.

Angela Bensend belted a match-best 16 kills sparked by eight spikes in the opening frame. She also secured a match-high 16 digs en route to her fourth double-double of the season.

“Benny has developed into such a confident player and confident leader,” Flory said. “She’s playing intelligent and balanced volleyball, not just trying to overpower people. We aren’t surprised she having a great season. She’s very prepared, you get out of it what you put into it.”

Desiree Elliott, Madie Jones and Michele Williams each posted 10 kills to hand LSU four hitters with double figure kills for the first time since its 2008 NCAA Tournament First Round match at No. 14 UCLA, a span of 44 matches. Tania Schatow added three kills, three digs and a block.

“We knew it was going to be a big weekend for us and wanted to come out strong,” Waclawczyk said. “Our cohesiveness is flowing right now and the wins are coming to us. It’s a great feeling, all the hard work we’ve put in is really paying off.”

After eight ties and five lead changes early in the first set, the Tigers seized the momentum down 11-10 with six straight points. Bensend and Elliott combined to knock five kills coupled with a Delahoussaye ace to fuel the run. LSU rode a match-best .457 hitting percentage to a 25-19 win as Bensend and Elliott finished with 14 of the team’s 20 kills in the frame.

Mississippi State took a 10-5 lead to start set two aided by five LSU attack errors. The Tigers fired back and evened the tally at 13-13 on a Williams-Schatow block. With LSU ahead 21-20, the Tigers went 4-for-4 on sideouts down the stretch and Jones ripped three kills to secure a hard-fought 25-23 victory.

“Madie has always come through when we’ve needed her most,” Waclawczyk said. “It’s a matter of who is going to the make the big play next. Everyone on our team is capable of doing it, no one needs the spotlight. It feels good to be a part of a team where we’re so happy for whoever put the ball down or gets the big dig.”

The third set belonged to LSU from start-to-finish and the Tigers built a 16-9 advantage capped by three straight Williams kills to go along with a Mannari ace. Williams cranked kills on six of her swings during the frame and LSU won going away 25-14.

LSU heads into the second leg of its four-match road swing Friday at No. 3 Florida. First serve against the Gators is scheduled for 6 p.m. CT.

Live stats for Friday’s match is available on LSUsports.net, while fans also can follow live in-match updates on the team’s official blog at http://lsuvolleyball.posterous.com.