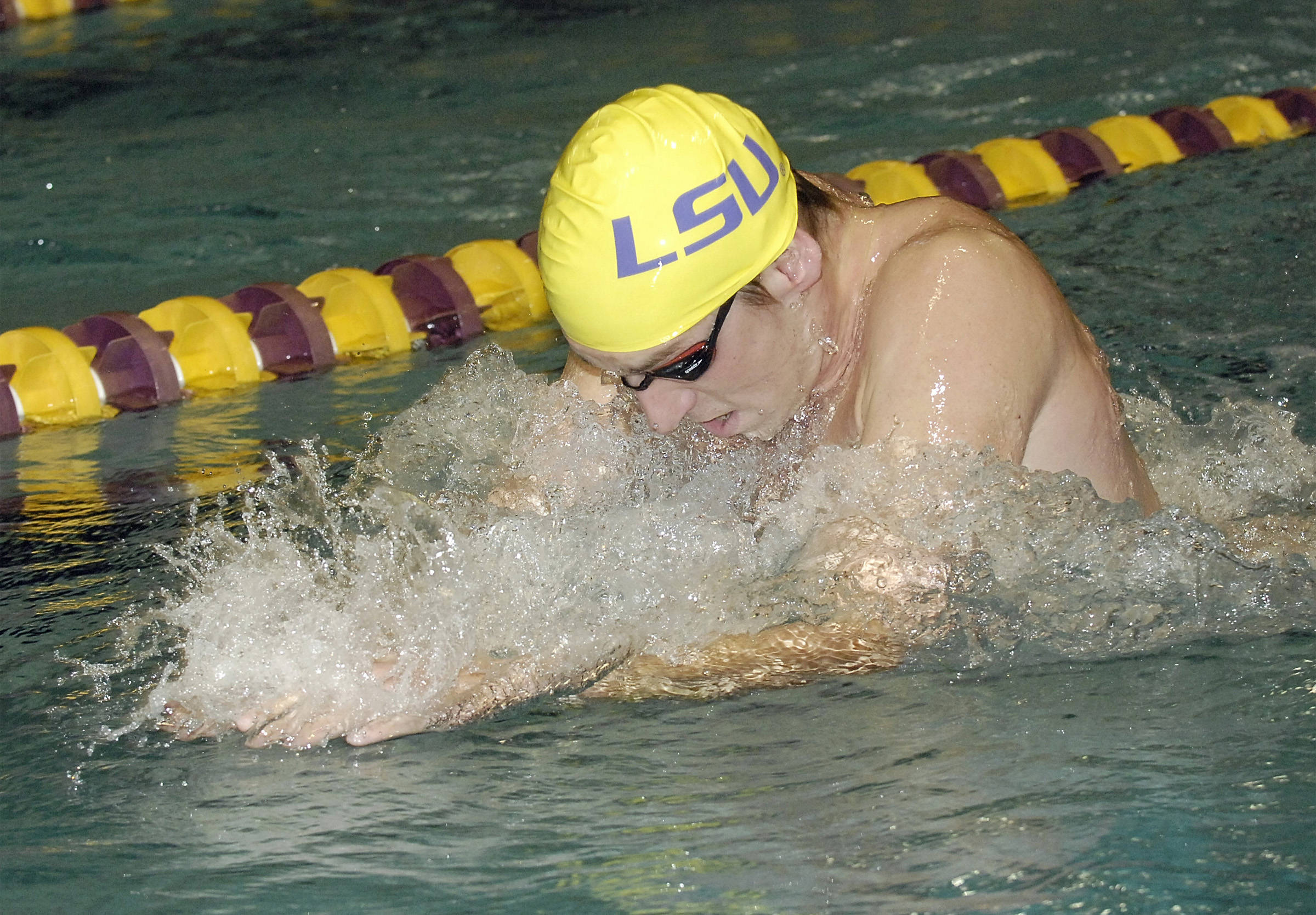 In diving, sophomore Rebecca St. Germain (Gold) took top honors in both women’s springboard diving events, posting scores of 294.90 and 291.07 in the one- and three-meter, respectively. Junior Brian Gemberling pitched in with a victory for the Purple squad, winning the men’s one-meter competition with a 336.97 score.

Junior Matt Vieke also enjoyed a solid meet on the diving side, taking first-place in the men’s three-meter (329.78), while freshman Daniel Helm seized runner-up honors in both springboard events.

“I wanted our divers to walk away today with some positive element, and that element was getting to compete early on in this season, which will set us up later on,” head diving coach Doug Shaffer said. “Daniel Helm and Sean McKinney did a nice job in their first collegiate meets.

“It’s still very early in our season, and we build upon each competition so that we’ll be ready to peak in February and March.”

Trepp (Gold) and Bussey (Purple) were especially impressive on the swimming side, racing to some outstanding times at this point in the season. Trepp edged the talented freshman in the 100-yard breaststroke with a mark of 1 minute, 2.80 seconds, a time comparable to an NCAA provisional time standard, and cruised to victory in the 50 free (23.16). Bussey, whose runner-up time of 1:02.90 in the 100 breast was also comparable to a ‘B’ cut, registered wins in the 200 breast (2:21.21) and 200 individual medley (2:04.07).

Ruimerman (Purple) touched the wall in first-place in both backstroke events, while freshman Rainey White (Gold) and sophomore Sara Haley (Purple) won the 100 and 200 butterfly, respectively.

“On the women’s side, we saw a couple of freshmen really step up,” assistant coach Brandy Collins said. “Torrey Bussey and Rainey White really came through. They followed our leaders like Jane Trepp and Amanda Kendall, who really set the tone for them, and they got out there and raced.”

Gold members Michael Saco (50 free) and Andrei Tuomola (100 free) earned wins in the sprint freestyle races, and senior James Meyers secured the win in the 100 back.

Sophomores Reijo Hyvenen and Nick Kunkel each helped the Purple squad with victories in the 100 breast and 200 back, respectively.

“We had some great performances from some of our freshmen on the men’s side,” assistant coach Lance Asti said. “Michael Saco has been pushed by some of the upperclassmen and guys like Andrei Tuomola, and those two went head-to-head. We had some great swims in the individual medley with Clint Hallum and Sean Roddy.”

LSU will officially kick off the season on Oct. 22 when the squads travel to Auburn. Check back with www.LSUsports.net and follow us on both Facebook (www.Facebook.com/LSUswimdive) and Twitter (@LSUswimdive) for news and notes, inteviews and behind-the-scenes videos on the programs.