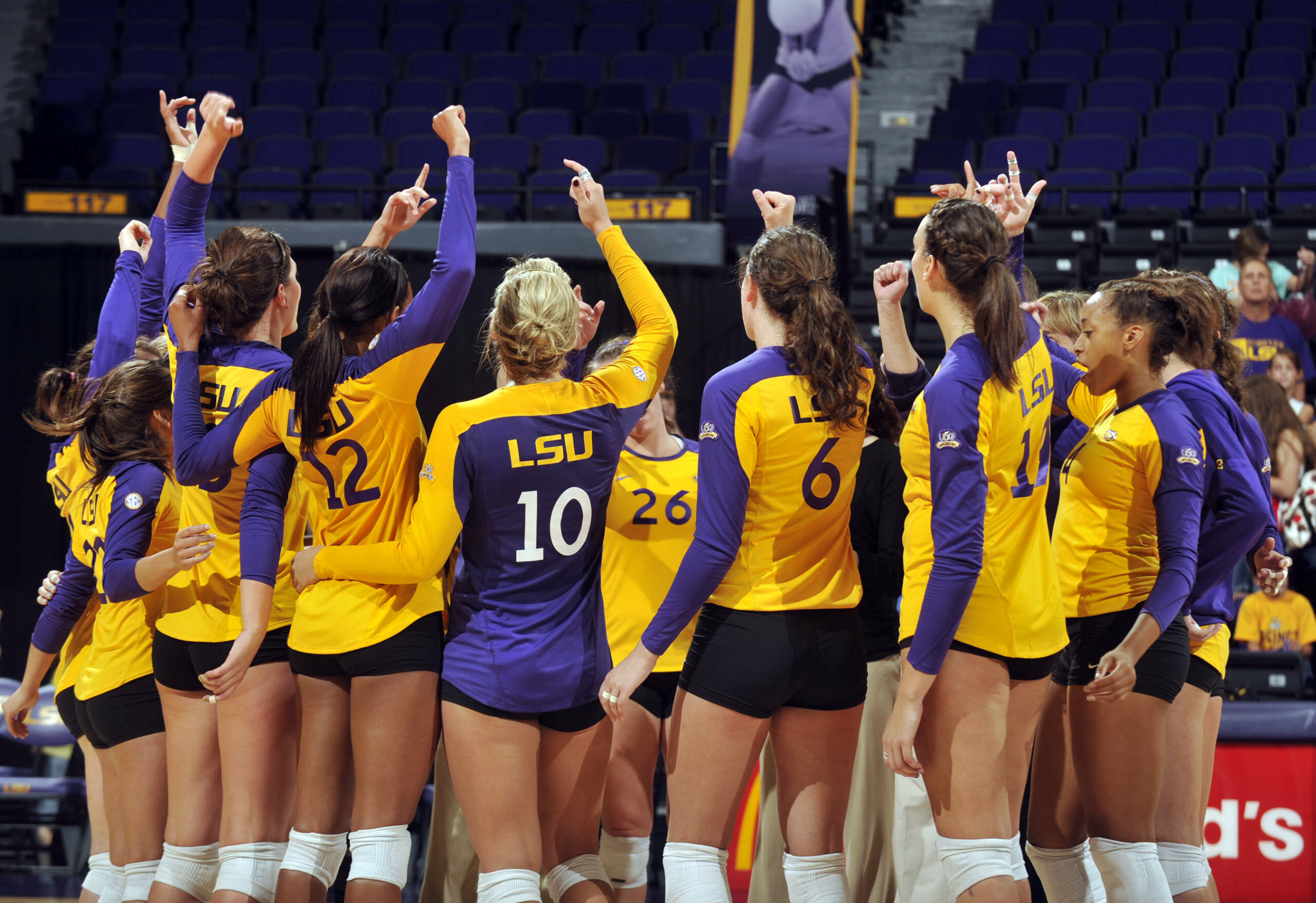 LSU (11-0, 2-0 SEC) has put together its best start since the 1991 season and opened SEC action with a pair of victories over Auburn and Georgia last weekend.

Brittney Johnson paces the SEC with 10.79 assists per set and has fueled LSU to over a .300 hitting percentage on five occasions, including a .324 clip last time out against Georgia. She also is third on the squad with 2.61 digs per set.

“Brittney is a work in progress but she’s done an excellent job of putting in the time to get the extra reps,” assistant coach Steve Loeswick said. “We’re trying to be efficient and have her put up a hittable ball each time, which allows our hitters to use their athleticism.”

Johnson has set a trio of LSU hitters to over 2.50 kills per set sparked by Angela Bensend, who has hammered home double figure kills in nine of 11 matches, including five straight efforts. Her 4.41 kills per set not only headline the SEC but rank No. 18 nationally.

“Angela is contacting the ball at high level,” Loeswick said. “She’s being very aggressive with her swings when it’s the right time to be aggressive and smart when it’s time to take a little off to put the other team in a difficult spot. I’m proud of the choices she’s making and thankfully a lot of those balls are hitting the ground.”

Desiree Elliott and Madie Jones garnered back-to-back strong performances against Auburn and Georgia to open SEC action. The duo combined to power home 37 kills on a .423 clip with only four attack errors on 78 swings.

Lauren Waclawczyk has corralled double digit digs in nine of 11 matches and reached the 20-dig plateau on four occasions this season. Her 4.29 digs per set are fifth in the SEC.

Sam Delahoussaye and Meghan Mannari have combined for nine 10-dig or more efforts and both have averaged more than 2.25 digs per set.

“We’ve got a great group of defenders and can put any player in any back row position,” Loeswick said. “I think that being able to keep balls off the ground and attack at a high efficiency has put us in a position to be successful in our previous matches.”

Alabama (8-3, 0-1 SEC) has won seven of its last eight matches but dropped its SEC opener at Ole Miss in three tight sets decided by a combined seven points. The Crimson Tide is led by Kayla Fitterer and Alyssa Meuth, both inside the SEC’s Top 10 averaging over 3.00 kills per set.  Defensively, Kelsey Anderson has scooped up 4.92 digs per set to rank third in the SEC.

“Every road game in the SEC is a huge challenge,” Loeswick said. “Alabama has a young and scrappy team. They have two talented hitters [Fitterer and Meuth] that have taken a lot of swings. We have a lot of areas that we need to focus on to slow down their offense.”

First serve is on-tap for 7 p.m. with live stats are available on LSUsports.net. Fans also can follow live in-match updates on the team’s official blog at http://lsuvolleyball.posterous.com.