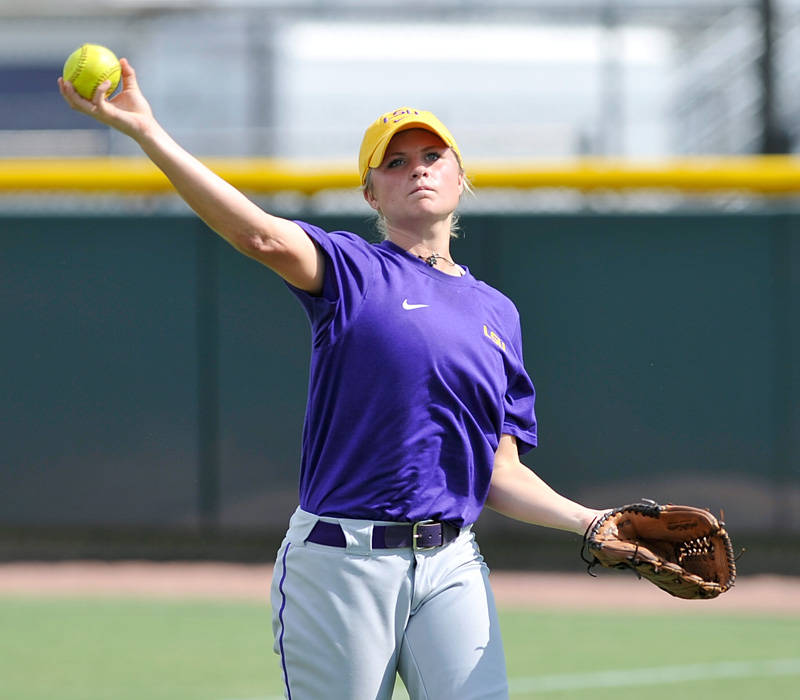 “We’re excited to have the 2011 Tigers practicing in our phenomenal ball park,” Girouard said. “Everyone is really working hard. We addressed the speed situation and I think time will tell, but I think we recruited appropriately with that situation. The team blew away the shuttle, which is our conditioning test. We had some individuals that were just incredible. Simone Heyward and Heidi Pizer set the tone, and I am very satisfied with what I saw from a conditioning standpoint.”

Fico posted a 20-7 record with a SEC-leading 1.15 ERA and a program single-season record of five saves. The Oxford, Conn., native racked up 10 of her 20 victories over RPI Top 50 opponents last season.

Young has made 114 consecutive starts during her first two seasons. She posted eight home runs and recorded 25 of her 39 RBIs during SEC action in 2010.

“We’re taking it slowly with the pitchers,” Girouard said. “It’s a new SEC format with Friday, Saturday and Sunday single games this season. That will be interesting, and I think that the fans will really like that. We’re still in the very early stages but so far, so good for our very talented group.”

“The freshmen are picking up things very quickly,” Girouard said. “Anything that we’re teaching or coaching, they seem to be grasping. We have changed our philosophy a little bit. We sat down and had to figure out what was broken and go back to square one to get our kids’ attention and confidence back. I think that we’re going to go from the aspect of trying to work on what we do best more instead of concentrating so much on our weaknesses.”

LSU earned a runner-up finish at the SEC Tournament en route to a 45-16 finish, its 10th season with at least 45 victories since softball was reinstated in 1997. The Tigers also reeled off a program-best 24-game winning streak and recorded their 12th NCAA Regional appearance in 2010.