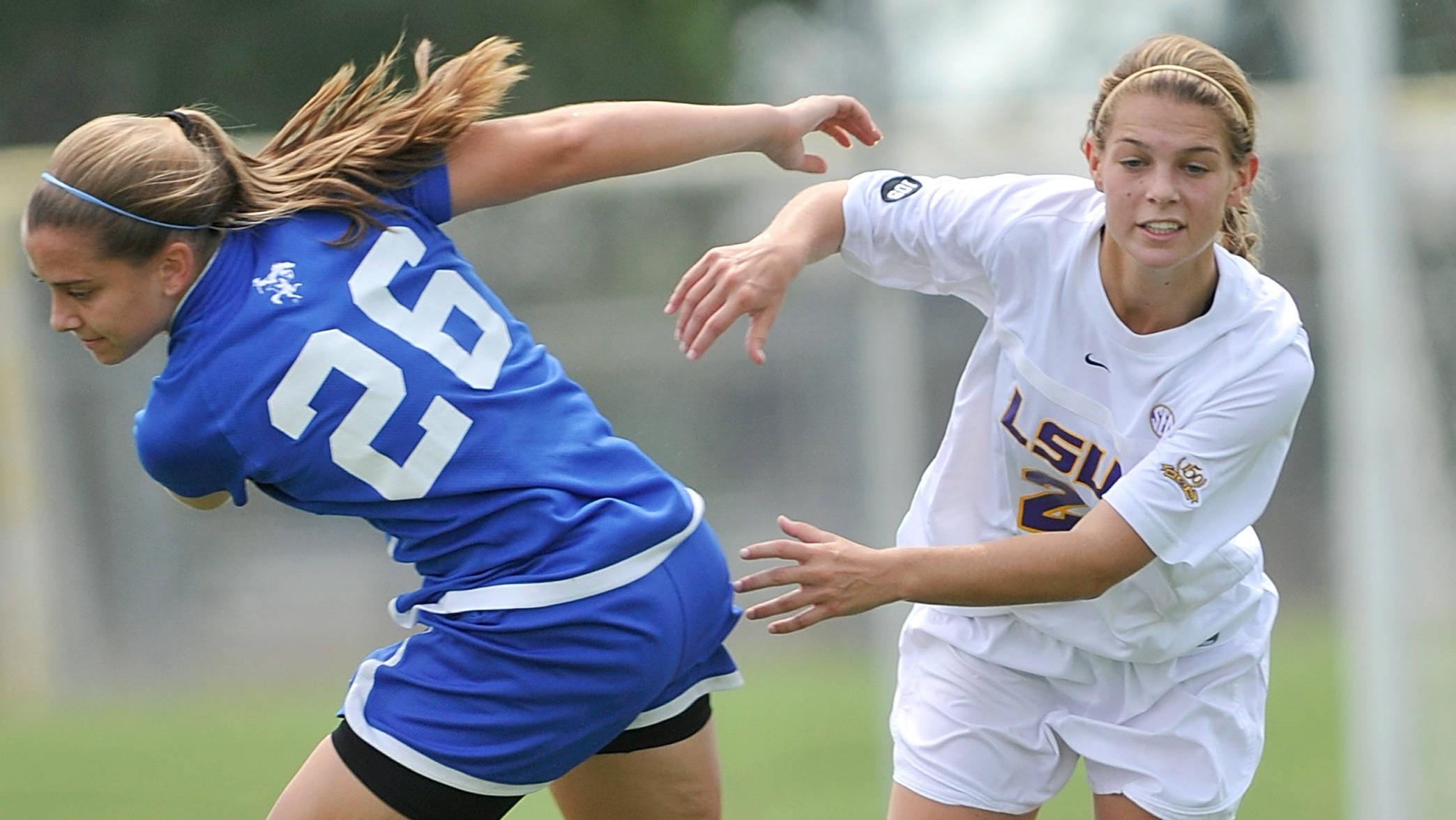 BATON ROUGE – The three-time defending SEC Western division champion LSU soccer team will open defense of its crown this weekend as it travels to Athens, Ga., on Friday night to face the 17th-ranked Georgia Bulldogs in its SEC opener scheduled to kick off at 6 p.m. CDT at the Turner Soccer Complex.

The Tigers (3-4-1) enter the match with a three-game unbeaten streak against the Bulldogs (5-2-1), which includes a 6-0 shutout of No. 8-ranked Georgia in their SEC opener in Baton Rouge a year ago.

That win helped propel LSU to its most successful season in school history as the Tigers finished the year by tying the team record for wins in a season with a 15-4-5 overall record, including a school record 8-2-1 mark with 25 points in SEC play en route to a third-straight SEC West crown and second-straight second-place finish in the final conference standings. LSU finished one point behind Florida for the SEC title.

Georgia is ranked among the Top 20 teams in the country in two major polls this week as they are ranked No. 17 in the NSCAA/HendrickCars.com Top 25 and No. 19 in the Soccer Times Top 25.

Fans can watch Friday’s match against the Bulldogs online as there will be a free live webcast courtesy of Georgia’s official athletics website at www.georgiadogs.com.

Fans have the chance to follow the team like never before by becoming a fan of LSU Soccer on Facebook or following @LSUSoccer on Twitter, which includes access to behind-the-scenes coverage of the Tigers with exclusive interviews with the players and coaches, weekly video features, promotional opportunities, live in-game discussion and analysis and the daily news on the team, courtesy of www.LSUsports.net.

“We always look forward to the start of league play,” said LSU head coach Brian Lee. “We’ve challenged our team with a difficult schedule to this point to get them ready to compete week in and week out against the SEC. It all starts for us tomorrow night, and we look forward to a great challenge against Georgia.”

Friday’s match marks the sixth time in nine outings during the 2010 season that the Tigers will square off against a ranked opponent on the road as part of one of the more difficult schedules in the NCAA.

The Bulldogs are led by a pair of freshmen as forward Meghan Gibbons and Nicole Locandro have joined forces to score 11 of Georgia’s 21 goals this season. Locandro is the more dynamic of the two with a total of five goals and a team-high four assists for a team-leading 14 points this year. Gibbons has come off the bench in all eight matches to score a team-leading six goals for Georgia.

The Tigers will counter with one of the top defenses in the SEC this season that has allowed just six goals in eight matches for a 0.73 goals against average on the campaign. LSU has pitched four shutouts this fall, while allowing more than one goal in a game only one time in a loss to Wake Forest.

After battling the Bulldogs in Athens on Friday night, the Tigers will make the trip to Knoxville, Tenn., to take on the Tennessee Lady Volunteers in a game scheduled to kick off at 1 p.m. CDT at the Regal Soccer Stadium. The Tigers are poised for their first win in Knoxville in program history.