September's Student-Athletes of the Month 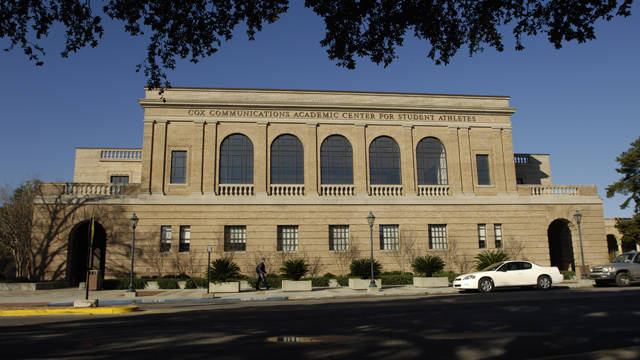 BATON ROUGE – The Cox Communications Academic Center for Student-Athletes honored six LSU student-athletes for their academic achievements and community service for the month of September.

Blaise, Kellman and Taylor are majoring in sport administration, while Falcon and Kelly are biology majors. Finance is Kunkel’s major.

Kelly, a senior guard from Shalimar, Fla., returns to the floor for the Lady Tigers after missing the entire 2009-10 season due to a foot injury. She served as a team co-captain with Allison Hightower. A member of LSU’s Student-Athlete Advisory Committee [SAAC] and the 2010 SEC Winter Academic Honor Roll, Kelly organized the team’s recent visit hospital visit.  She was LSU’s first player off the bench in 2008-09 and connected for 40.5 percent of three-point shots to headline the Lady Tigers.

Falcon, a sophomore infielder from Donaldsonville, appeared in 56 games highlighted by 37 starts. The Tigers were 30-3 when Falcon was the starting shortstop in 2010. Defensively, she recorded 62 assists and 58 putouts en route to a .968 fielding percentage. Her two-out, seventh inning double set the table for Kirsten Shortridge‘s two-run walkoff homer against Kentucky at the SEC Tournament.

A senior sprinter from Barbados, Kellman has represented the Lady Tigers at the NCAA Regional meet in the 200 meters during her first two seasons at LSU. She also qualified in the 100 meters in 2009 and has spent time on LSU’s 4×200 relay team.

Kunkel, a sophomore backstroke and individual medley performer, competed in every dual meet during his freshman season. He swam to a 19th place finish in the 200 back at the 2010 SEC Championships with a program top-10 time of 1 minute, 48.79 seconds.

A junior safety from Franklinton, Taylor has started all three games as the Tigers have raced out to a 3-0 start and a No. 12 national ranking on the gridiron. He has built on a strong sophomore campaign where he notched 41 tackles and two interceptions.  Taylor has already racked up 17 tackles, third-highest on the team and is coming off a career-best eight tackles against Mississippi State.