No. 19 Volleyball Gears Up for Georgia 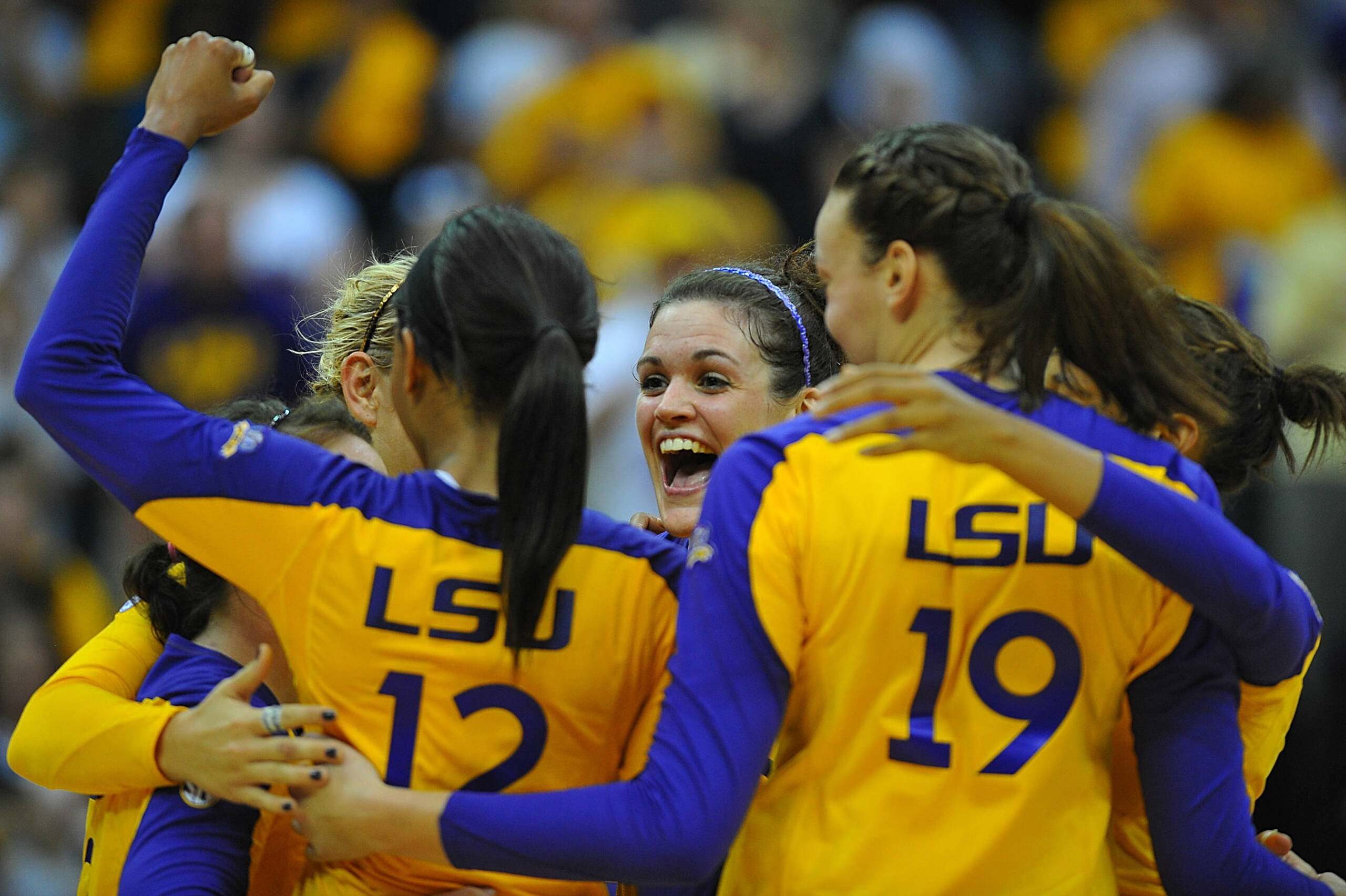 BATON ROUGE – Fresh off a 3-1 triumph over Auburn to open SEC action Friday, the No. 19 LSU volleyball team looks to continue its winning ways Sunday with a 1:30 p.m. tilt against Georgia inside the Maravich Center.

LSU (10-0, 1-0 SEC) is one of nine undefeated teams in the nation. Joining the Tigers on the prestigious list is Cal, Cleveland State, Indiana, Oregon, Southern Cal, Syracuse, Washington and Wisconsin.

The Tigers boast a 26-19 all-time series edge over Georgia and have emerged with wins in eight of their last nine meetings with the Bulldogs dating back to the 2005 season.

Georgia (8-4, 0-1 SEC) is coming off a 3-2 setback at Arkansas. The Bulldogs are led by setter Kathleen Gates, who posted her third double-double of the season at Arkansas. Her 10.39 assists per set are second in the SEC.

UGA’s middle attack is fueled by Valentina Gonzalez and Ann Dylla. Gonzalez paces the SEC with a .399 hitting percentage on 112 kills, while Dylla has belted 116 kills on a .351 clip. Dylla also has recorded the second-most blocks in the set at a 1.30 per set average.

“Georgia is a completely different challenge for us,” head coach Fran Flory said. “They have a veteran middle that’s very good. They have a couple of outsides that are very solid. They are a balanced and good defensive team. They put pressure on you in a little different way that Auburn does. We’re going to have to get in the gym in the morning and watch some more film. Our kids are doing a great job so far of preparing watching film and will have to be ready for a very tough match on Sunday afternoon.”

Bensend surpassed the 20-kill plateau for the third time this season and equaled a career-best 22 spikes against Auburn. She powered home 14 of her 22 kills as LSU racked up a .385 hitting percentage during sets three and four. Her 4.38 kills per set continue to pace the SEC.

Jones has posted double figure kills in four of her last seven matches, while Brittney Johnson handed out 52 assists and nearly missed her third straight double-double with nine digs. The performance vaulted Johnson into the top spot of the SEC rankings with 10.66 assists per set.

Lauren Waclawczyk sparks the back row and checks in with 4.34 digs per set, good enough for fifth place in the SEC rankings. The Tigers are coming off a solid 69-for-70 effort in serve-receive attempts versus Auburn.

Live video and live stats are available on LSUsports.net. Fans also can follow live in-match updates on the team’s official blog at http://lsuvolleyball.posterous.com.

The defending SEC champions will be honored on the gridiron during the first timeout of the second quarter of Saturday’s football home opener against Mississippi State.