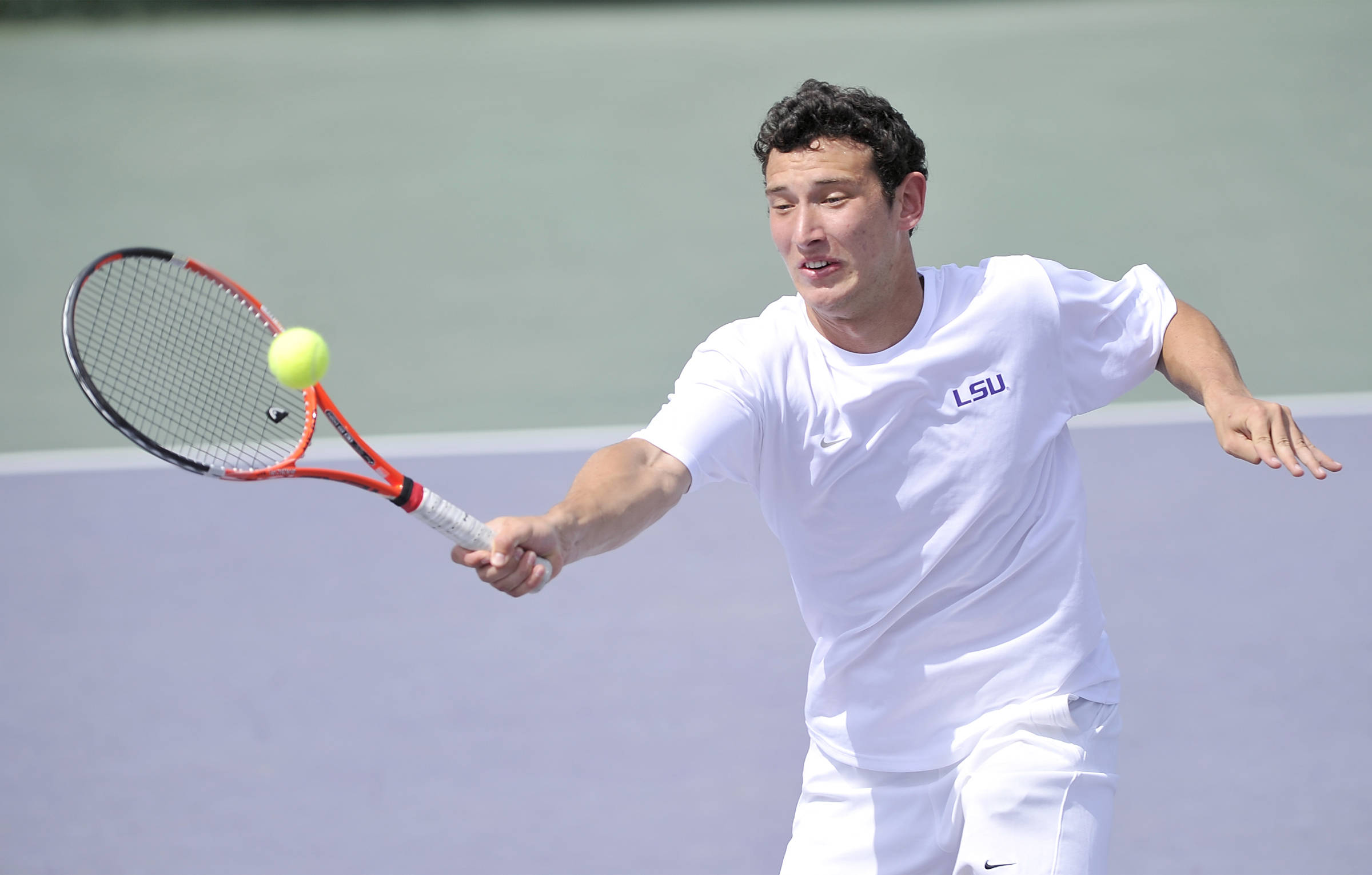 LAFAYETTE, La. – LSU men’s tennis sophomore Olivier Borsos clinched a semifinal win, and the duo of David Roberts and Jordan Girdley advanced to the flight B doubles final in day two of the University of Louisiana Invitational at Cajun Courts on Saturday.

Borsos continued his success from yesterday, defeating Tulane’s Adam Bernstein in straight sets. After winning the first set 6-0, Borsos clinched his spot in the flight A singles final by taking a hard fought second set 7-6(4).

“Olivier (Borsos) did a good job following up on his performance from yesterday,” said LSU head coach Jeff Brown. “He kept his focus and his confidence, and he is looking forward to tomorrow.”

Roberts and Girdley advanced to the flight B doubles final with an 8-5 victory over Tulane’s Takuma Ohhashi and Holger Norregaro, but narrowly fell in the final 9-8(10-8) against Lamar’s Carlos Valdenbro and Diego Snyder.

The UL-Lafayette Invitational will continue tomorrow morning at 9 a.m. (CT), with Borsos taking on UL-Lafayette’s Yanick Mandl in the flight A final.