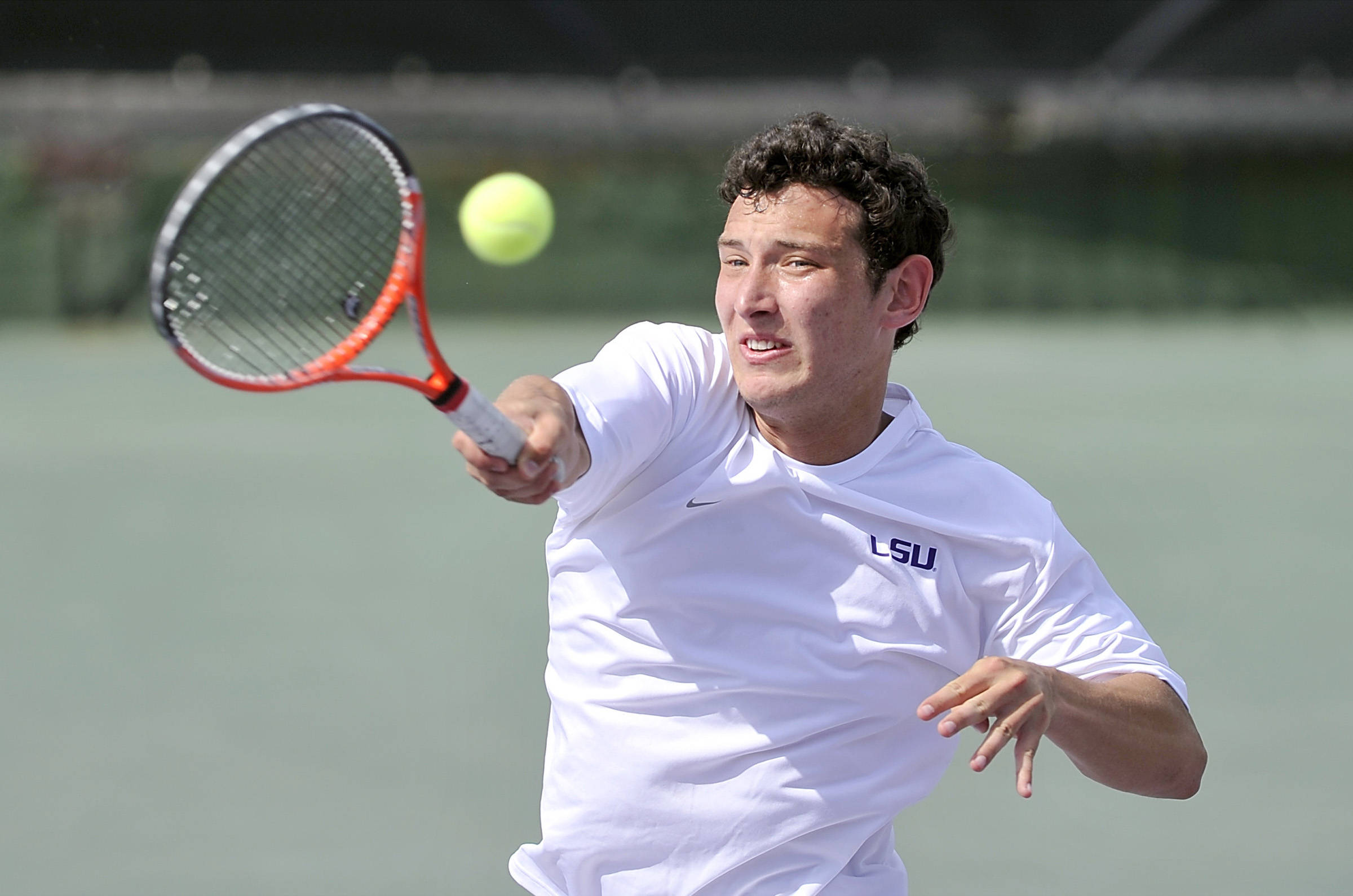 Borsos took down Ouachita Baptist’s Till Heilshorn 6-3, 2-6, 7-5 in the first round of the flight A bracket. The Budapest, Hungary, native then sealed his spot in the semi-finals by defeating UL-Lafayette’s Ted Nilsson 3-6, 6-3, 7-5.

Girdley, who redshirted last season, won his first match as a Tiger, defeating Elliot Minvielle of UL-Lafayette in straight sets 6-2, 6-3. Girdley then narrowly missed notching a spot in the flight B semi-finals, dropping a three-set, four-hour nail biter to Lamar’s Marton Harath 6-7, 7-6, 3-6.

Later in the afternoon, Girdley teamed up with teammate David Roberts to defeat Paulo Alvarado and Devin Harley of Southern Miss and Lamar, 8-3, to earn a spot in the doubles flight B semi-finals.

“Olivier (Borsos) had a big day and he was able to get a lot of confidence,” said LSU assistant coach Danny Bryan. “It was a good day for the team, and we are looking for all of the guys to continue to improve as we go forward.”

The UL-Lafayette Invitational will continue tomorrow morning at 8:30 a.m. (CT), with Borsos taking on Tulane’s Adam Bernstein and Roberts and Girdley matching up against the Tulane pair of Takuma Ohashi and Holger Norregaro.