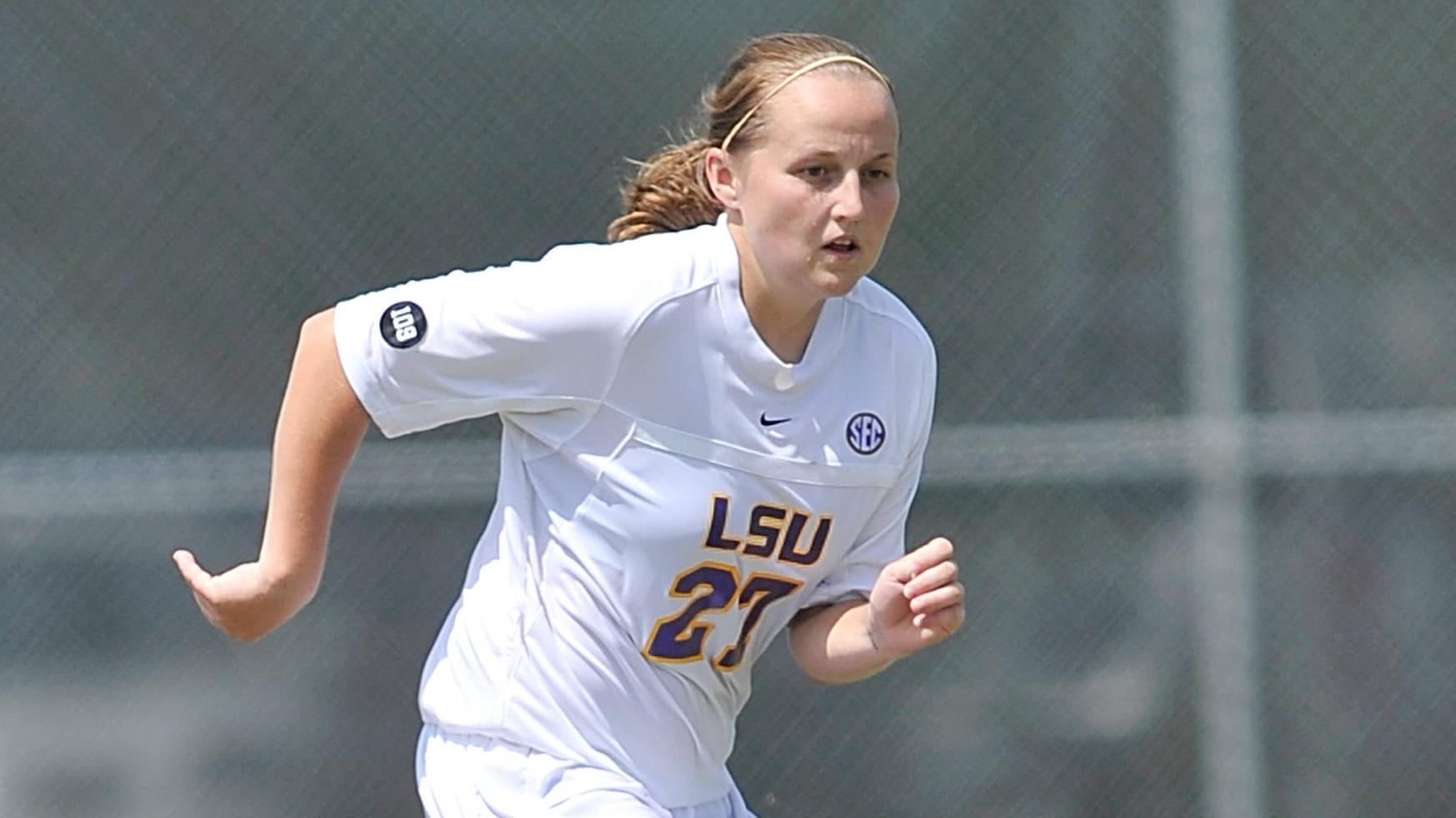 CHAMPAIGN, Ill. – After surrendering a late penalty kick goal just over six minutes from full time, the LSU soccer team dropped a hard-fought 1-0 decision to the 21st-ranked Illinois Fighting Illini on Friday at the Illinois Soccer Stadium in its fifth match against a nationally-ranked opponent on the road this season.

Illinois defender Krystin Miller scored the only goal of the game in the 84th minute after the Fighting Illini won a penalty kick in the attack with an LSU foul in the left side of the area.

Miller stepped up to the spot and slotted a shot past a diving Megan Kinneman inside the left post for a 1-0 advantage at the 83:39 mark. Illinois held on the final six minutes for the victory.

The Tigers (2-4-1) saw their unbeaten streak snapped at two games as they dropped their first contest with the Fighting Illini (6-1-0) in program history. Friday marked their fifth match in seven on the road against a nationally-ranked opponent during the 2010 non-conference season.

Junior midfielder Natalie Martineau gave the Tigers the best opportunity to break the ice with two scoring chances on the night. In the 27th minute of play, sophomore forward Carlie Banks hit Martineau on a great cross into the middle of the area. Martineau trapped the ball and fired an open shot from eight yards saved one-on-one by the Illinois goalkeeper Alexandra Kapicka.

Martineau again slipped behind the Illinois back line on a breakaway in the 49th minute of the second half, but her shot was saved again by Kapicka charging off her line to challenge.

Despite LSU’s inability to get on the board in 90 minutes of action, Kinneman was tremendous in goal for the Tigers in just her second collegiate start as she finished the match with a career high eight saves on the night. She also came up big for the Tigers while catching crosses served into the box by the Fighting Illini and distributing the ball to her teammates on punts and goal kicks.

Kinneman’s nine saves are the most by an LSU goalkeeper in nearly one year as she came up just short of the nine saves made by junior teammate Mo Isom in a 2-2 draw with Duke on Sept. 20 of last season.

“This was a big game for us, so I was excited to have the chance to play,” Kinneman said. “I was antsy all day, but as we got closer to the start, I was able to just relax and focus for what I had to do. I didn’t have a lot of time to settle in. I faced some tough shots early that really got me into the game if I wasn’t before. It gave me a big adrenaline rush to get me through the rest of the game.”

Kinneman certainly didn’t receive any help from the Illinois student section, which positioned itself in the stands behind the goal in each half to distract the Tiger freshman throughout the match.

“It didn’t really both me. I thought it was pretty funny more than anything,” Kinneman said. “It gave me a lot of motivation in the game to go out there and play well. That helps me focus more. I’ve always had the ability to focus myself when there is a distracting environment like I saw tonight.”

The Tigers will wrap up the non-conference season on Sunday afternoon as they return home to battle the McNeese State Cowgirls in a match scheduled to kick off at 1 p.m. at the LSU Soccer Complex.

Sunday’s match against McNeese State will be a “Student Point Match” as all LSU students receive a free admission with their LSU Student ID. They will also be awarded coveted priority points needed to receive such items as LSU football tickets, which include road games and bowl games. Not only that, but the first 500 fans through the gate will receive a free Koozie featuring the LSU soccer crest.