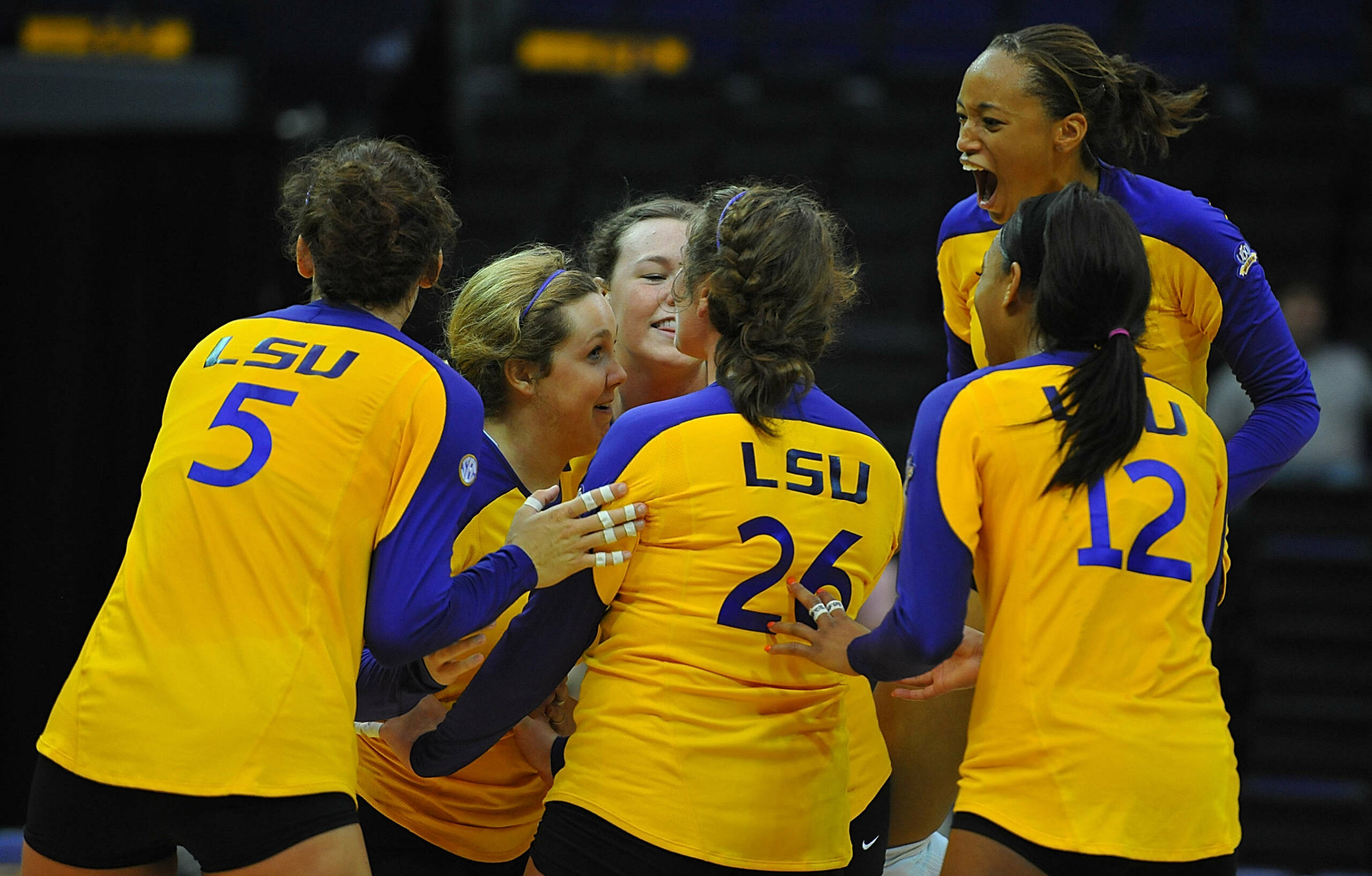 BATON ROUGE – The No. 19 LSU volleyball team continues its five-match homestand and starts SEC action with its annual “Gold Match” in addition to “Student Point Night” Friday at 7 p.m., against Auburn.

“We’re excited to be where we are after playing a very demanding non-conference schedule,” head coach Fran Flory said. “It’s certainly a tribute to the work ethic of our players and how they’ve bought into our system. Everyone says we have a target on our back being defending SEC champions, but it’s a new season. Top to bottom the league is tough, and we’ve talked about being the best team we can be.”

The Tigers are fueled by Angela Bensend, the SEC’s leader with 4.23 kills per set. She has posted double figure spikes in seven of nine matches sparked by a career-best 22 kills and added 17 digs against New Mexico State.

“Benny has become the stabilizing force on our team,” Flory said. “She truly is our heart and has handled that tough role extremely well to have a tremendous season up to this point.”

LSU also has received strong performances by reigning SEC Player of the Week Michele Williams, who has connected for a scorching .371 hitting percentage to rank fourth in the league. She also leads the Tigers with 33 blocks.

Brittney Johnson has collected a team-best four double-doubles aided by back-to-back efforts against Rice [32 assists and 14 digs] and New Mexico State [54 assists and 10 digs] to wrap up the Tiger Classic. Her 10.35 assists per set are second in the SEC.

“The bottom line is we had to reinvent ourselves to be a great defensive, ball control and balanced offensive team,” Flory said. “We’ve been able to accomplish that. There’s no doubt that there’s a long season still ahead of us. They’re 20 SEC matches, and we’re excited to get started.”

Auburn (9-3, 0-0 SEC) has eight different players that have averaged over a kill per set. Sarah Bullock leads the way with 103 kills, while Christina Solverson and Chelsea Wintzinger have combined to dish out 11.01 assists per set. Defensively, the Tigers are guided by Liz Crouch. She picked up SEC Defensive Player of the Week after posting 5.60 digs per set en route to C of C Classic MVP honors.

“Auburn comes in with the most-improved team in the conference,” Flory said. “They’ve made some great additions to their roster and have a balanced attack. They will present a big challenge to our team for opening weekend.”

First serve is slated for 7 p.m., and fans following @lsuvolleyball on Twitter are eligible to win four tickets to the LSU football home opener against Mississippi State by retweeting the answer to the Tiger volleyball trivia question.

The first 400 students also receive a “Gold Diggers” T-Shirt and will be awarded coveted priority points needed to receive such items as LSU football tickets, which include road games and bowl games.

Live video and live stats are available in the Geaux Zone on LSUsports.net. Fans also can follow live in-match updates on the team’s official blog at http://lsuvolleyball.posterous.com.