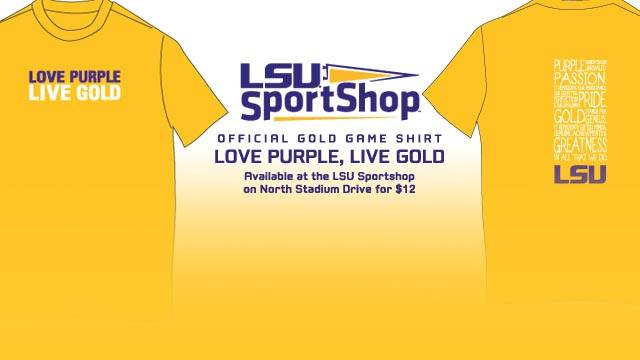 BATON ROUGE – LSU concluded its third day of practice in preparation for its home opener against Mississippi State with a full pads workout here Wednesday at the Charles McClendon Practice Facility.

LSU hosts Mississippi State at 6 p.m. on Saturday in Tiger Stadium in a game that will be televised nationally on ESPNU. LSU brings a 2-0 overall mark and a 1-0 league record into the game, while the Bulldogs are 1-1 overall and 0-1 in conference action following a 17-14 loss to Auburn a week ago.

“We have had a good week,” LSU coach Les Miles said after Wednesday’s workout. “I like the way the team has prepared each day.  We recognize that this is a really good opponent that we are going to play and we are looking forward to playing in Tiger Stadium for the first time this year.”

One of the keys to LSU’s success against Mississippi State will be the play of quarterback Jordan Jefferson. Jefferson, who is 11-5 as LSU’s starting quarterback, completed 8-of-20 passes for 98 yards in last week’s 27-3 win over Vanderbilt.

“(Jordan) has practiced really well this week,” Miles said. “He is busting his behind and doing the right things. He had a really crisp practice today.”

“I think that this is a kind of game that the checks and things we have done in the past really fit pretty well. There is really not a lot of new stuff that we are putting in and I think he is going to be really comfortable with the calls. It takes some work, it is not like we have eliminated anything in any way, it is just the same and we think that he will be more familiar and better. I think he is looking forward to being back in Tiger Stadium, I know I am.”

Miles said the Tigers will continue to be without junior tight end Deangelo Peterson as he continues to recover from a stress fracture in his foot. Miles also said that senior running back Richard Murphy hasn’t practiced this week and his status for Saturday’s game is uncertain.

Defensively, the Tigers bring a unit to the field that leads the nation in sacks with 10 and one that ranks No. 4 in the country in rushing defense allowing just 44.5 yards per game. Against Mississippi State, the Tigers will face a team that runs a two-quarterback system.

“Both quarterbacks can throw and both of them can run a little, one of them more than the other,” Miles said of the Bulldogs. “There are some things that one quarterback does over the other, but there is still the duality of run and pass. It is more of the differences of the two guys, the idea that one guy runs the triple option and the other one doesn’t.

“I think they are very committed to running the football.  We are going to play the run down after down, and that is going to be in my opinion a real challenge to our defense.”

After two games on the road, Miles said he’s excited about finally getting back in Tiger Stadium for a game.

“The home crowd environment and the game day environment in Tiger Stadium is like no other,” Miles said. “Our team is looking forward to playing in that stadium. It should be loud and a celebration of great effort and enthusiasm just like it is every time we go in there. We are looking forward to it very much.”

LSU will practice again on Thursday, followed by a walk-thru on Friday afternoon. The Mississippi State is the first of three straight at home for the Tigers as LSU hosts West Virginia next week and Tennessee on Oct. 2.