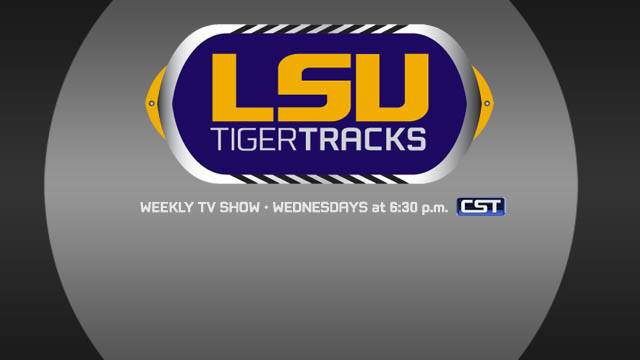 Volleyball head coach Fran Flory stops by to preview SEC opening weekend. The Tigers are 9-0 for the first time since 1991 and face off against Auburn Friday at 7 p.m. followed by a 1:30 p.m. Sunday tilt with Georgia at the Maravich Center. She also touches upon the opportunity for fans to win four football tickets to Saturday’s home opener against Mississippi State by following @lsuvolleyball on Twitter.

Since 2002, CST has been the exclusive regional sports network home for LSU events, including broadcasts of the highly-popular football game replays. Anchored by award-winning announcer Lyn Rollins and former Tiger Greg Bowser, the replays have become a staple of CST’s programming on Sunday and Wednesday nights.

CST has also been front and center for all of LSU’s athletic accomplishments. The regional sports network broadcasts live men’s and women’s basketball and has followed each team as they have advanced to the NCAA Final Four. LSU fans have been able to get to know their champions on the baseball field and will get a chance to see more of the Tigers, as the new agreement expands CST’s coverage to a minimum of 12 baseball games on the air. Coverage also continues for softball and gymnastics.

About Cox Sports Television
The New Orleans-based sports network launched on October 28, 2002 in front of 450,000 Louisiana viewers. CST has grown over 400% to nearly 2 million in the seven years since launch, making it one of the fastest growing regional sports networks in the south. CST is currently carried on cable systems in Texas, Arkansas, Louisiana, Georgia, Florida, Mississippi, Oklahoma and Virginia and is available to Dish Network subscribers (Channel 421) in the Baton Rouge and New Orleans markets. CST is owned and operated by Cox Communications Louisiana, LLC. Initially targeted to be a Louisiana sports network, CST has secured collegiate, professional and high school events that have expanded the networks reach throughout the south. For more information about CST, please visit our website at www.coxsportstv.com.