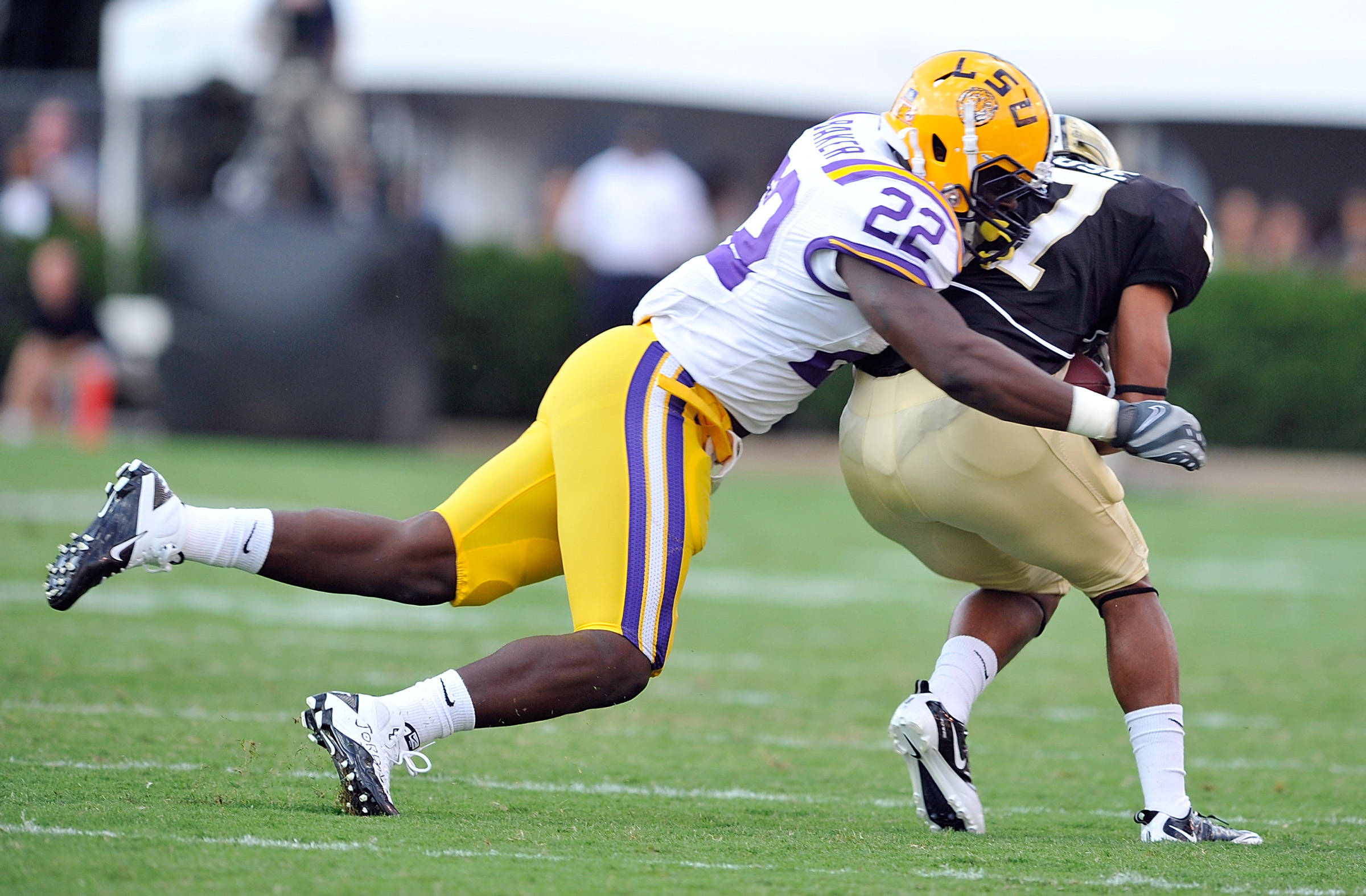 BATON ROUGE – A quick glance at the national statistical rankings show that the LSU defense is ranked among the nation’s best in several categories.

Through two games, LSU leads the nation in total sacks with 10, including six last week against Vanderbilt. Last year, LSU recorded 21 sacks for the entire season and the Tigers didn’t pick up their 10th sack until the eighth game of the season.

The Tigers are ranked No. 4 in the country in rushing defense, limiting opponents to just 44.5 yards per game. LSU held North Carolina to 24 rushing yards in the season-opener and then followed that by allowing only 65 yards to Vanderbilt.

Individually, senior defensive tackle Drake Nevis, this week’s Southeastern Conference Defensive Lineman of the Week, leads the SEC and ranks No. 7 in the nation in sacks with 3.5 to his credit.

LSU cornerback/return specialist Patrick Peterson leads the SEC and ranks No. 4 in the nation in punt returns with a 27.5 average. Peterson is second in the conference and 17th nationally in kickoff returns with a 30.2 average. Through two games, Peterson has returned six punts for 165 yards and five kickoffs for 151 yards.

Running back Stevan Ridley, fresh off a career-best 159 yards last week against Vanderbilt, ranks No. 3 in the SEC and 17th in the nation with 120.0 rushing yards per game.