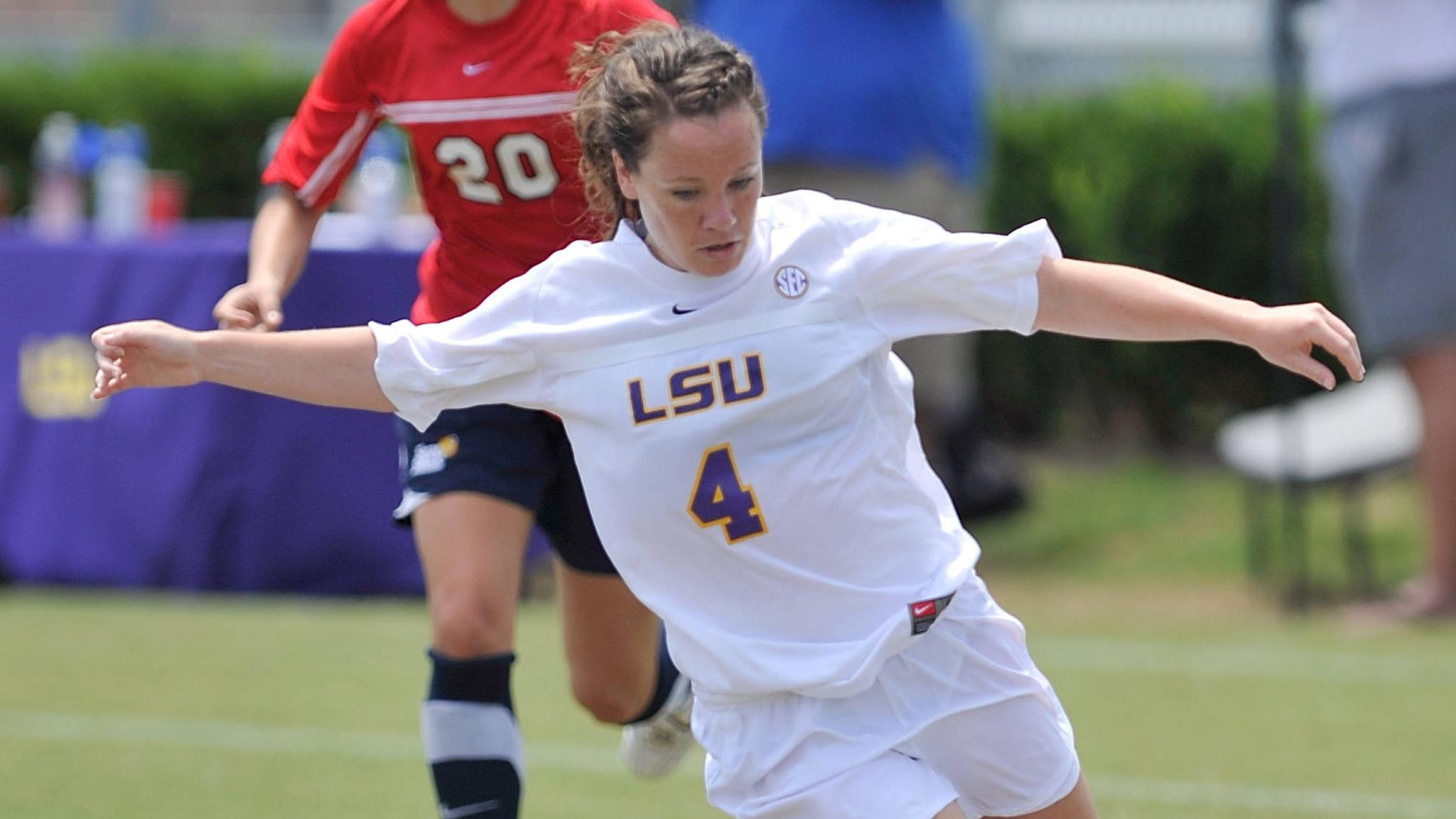 BATON ROUGE – After being honored as the SEC Defensive Player of the Week on Monday morning, LSU junior Allysha Chapman has added a national honor to her resume as she is a CollegeSoccer360.com Primetime Performer of the Week for games played Sept. 6-12.

Chapman is the third Tiger in the last two campaigns to be chosen as a CollegeSoccer360.com Primetime Performer of the Week as she joins striker Carlie Banks and goalkeeper Mo Isom from a year ago.

Chapman has proven to be one of the elite defensive talents in the SEC in her two seasons with the Tigers as she was named a Second-Team All-SEC performer in 2009 as LSU’s starting defensive midfielder.

Chapman led the defensive effort that posted a 0-0 shutout on the road against 10th-ranked BYU in Provo, Utah, on Thursday night and a 1-0 shutout at home against in-state rival Louisiana-Lafayette in Baton Rouge on Sunday afternoon as the Tigers improved to 2-3-1 on the season.

After starting the first four games of the season as LSU’s starting defensive midfielder, Chapman dropped back in defense as the starting left back in both games this weekend to help shore up LSU’s back line. It’s a move that paid dividends for LSU as it kept both opponents out of the net in 200 minutes of play.

LSU’s defensive effort against BYU was especially impressive as the Cougars entered Thursday’s fixture with a perfect 5-0 mark on the season while averaging three goals and eight shots on goal per match. Chapman led the defensive effort that limited the Cougars without a goal and just four shots on goal in the match in front of a crowd of 3,117 fans at BYU’s South Stadium.

In addition, LSU’s back line limited the BYU duo of Hermann Trophy candidate Carlee Payne and Jennie Marshall to just three shots with one shot on goal in the 0-0 draw after the two entered the match with a combined eight goals and 17 points on the year in leading the Cougars’ offensive attack.

The Tigers will look to continue their defensive performance on Friday night as they travel to Champaign, Ill., to take on the Illinois Fighting Illini at 7 p.m. CDT at the Illinois Soccer Stadium.