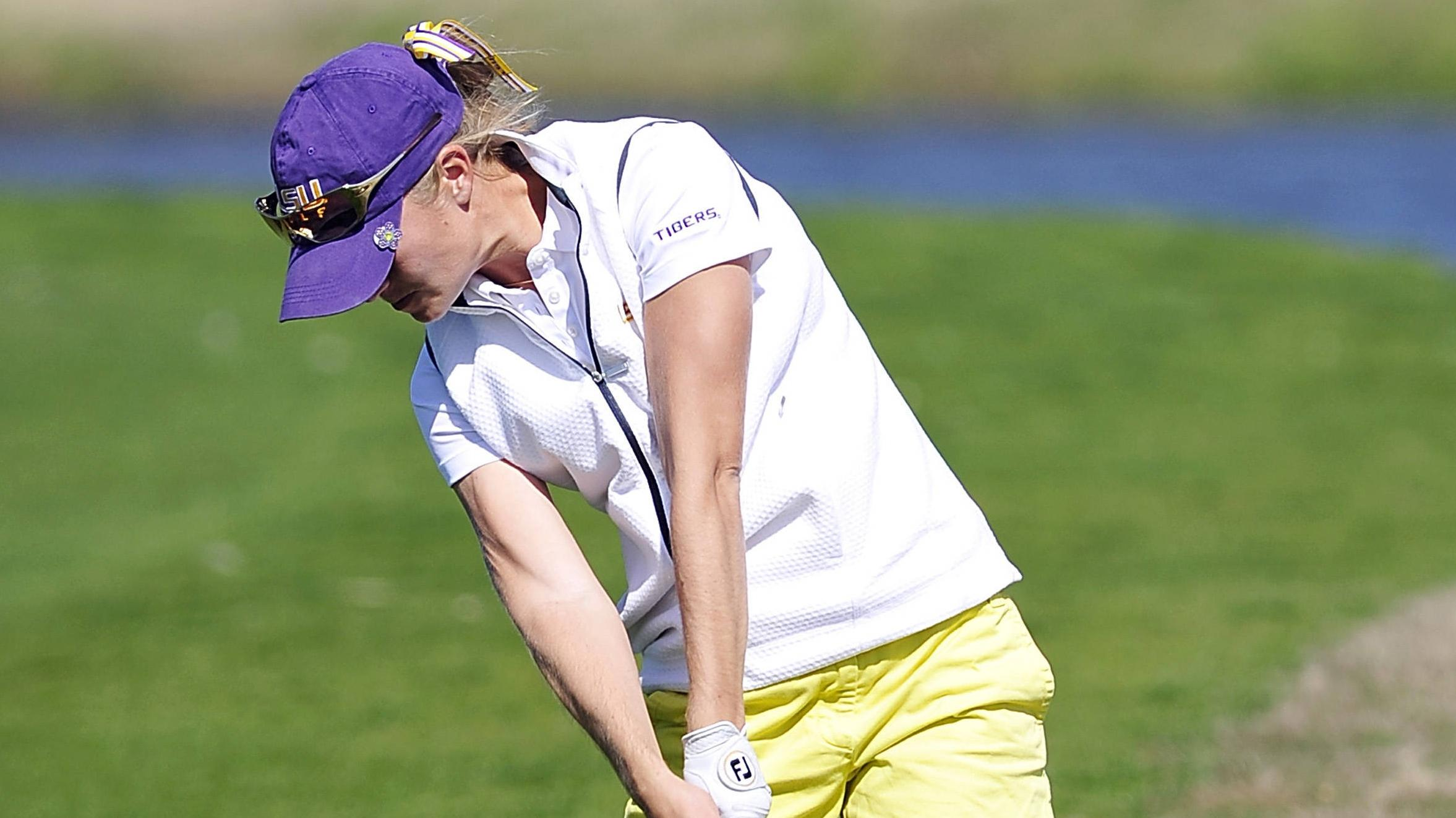 BRYAN, Texas — The 16th-ranked LSU Lady Tigers golf team rode the under-par play of senior Megan McChrystal and junior Tessa Teachman to an under-par round that placed them fourth in a great opening day for Southeastern Conference teams in the NCAA Fall Preview.

LSU posted a first-round of 1-under par 287 and is in fourth place in the 18-team event at the Traditions Club, the site of the 2011 NCAA D1 Women’s Championship next May. Georgia posted the best round of the day with an 11-under 277, seven shots better than second place Vanderbilt at 284. Alabama is third at 286, one shot ahead of the 16th-ranked Lady Tigers.

LSU is two shots ahead of Southern California in fifth at 1-over 289.

McChrystal picked up where she left off last year in the final round of the D1 Championship when she shot 64 in the final round, this time shooting a bogey-free round of 4-under par 68. The Stuart, Fla., senior birdied two holes on both the front and back nine and stands in a tie for fifth place in the individual competition after 18 holes in the 54-hole, three-day event.

McChrystal is tied for with Cydney Clanton of Auburn and they are three shots out of the lead of seven-under 65 by Alabama’s Brooke Pancake. Marina Alex of Vanderbilt, Emilie Burger of Georgia and Lee Lopez of UCLA are tied for second at five-under 67

Teachman, the junior from Baton Rouge, played a solid round as well, with birdies on three of the first eight holes to finish at two-under par 70 and in a tie for ninth-place after the first round.

The solid team score was capped by counting scores of one over 73 by sophomore Mary Michael Maggio and four-over 76 by junior Jacqueline Hedwall.

“It was a good solid round and shows the potential we have. We are certainly capable of posting rounds like this,” said LSU Coach Karen Bahnsen, starting her 27th year at the LSU helm. “We just need to keep our focus and finish up the round. We have one hole that got us in a bit of trouble. We had some bad breaks. We hit the ball well and just need to come back and do it again (Tuesday).”

LSU blitzed the back nine with all four counting scores under par on holes 10-18 where LSU started but it was the par-4 6th hole (the 15th of the day) that got a couple of players in trouble heading home.

Live scoring for the second round is available at LSUsports.net through Golfstat.com. LSU tees off at 8:45 a.m. off hole No. 1 with Southern California and Duke. LSU women’s golf can be followed on Facebook and on twitter @lsuwomensgolf.