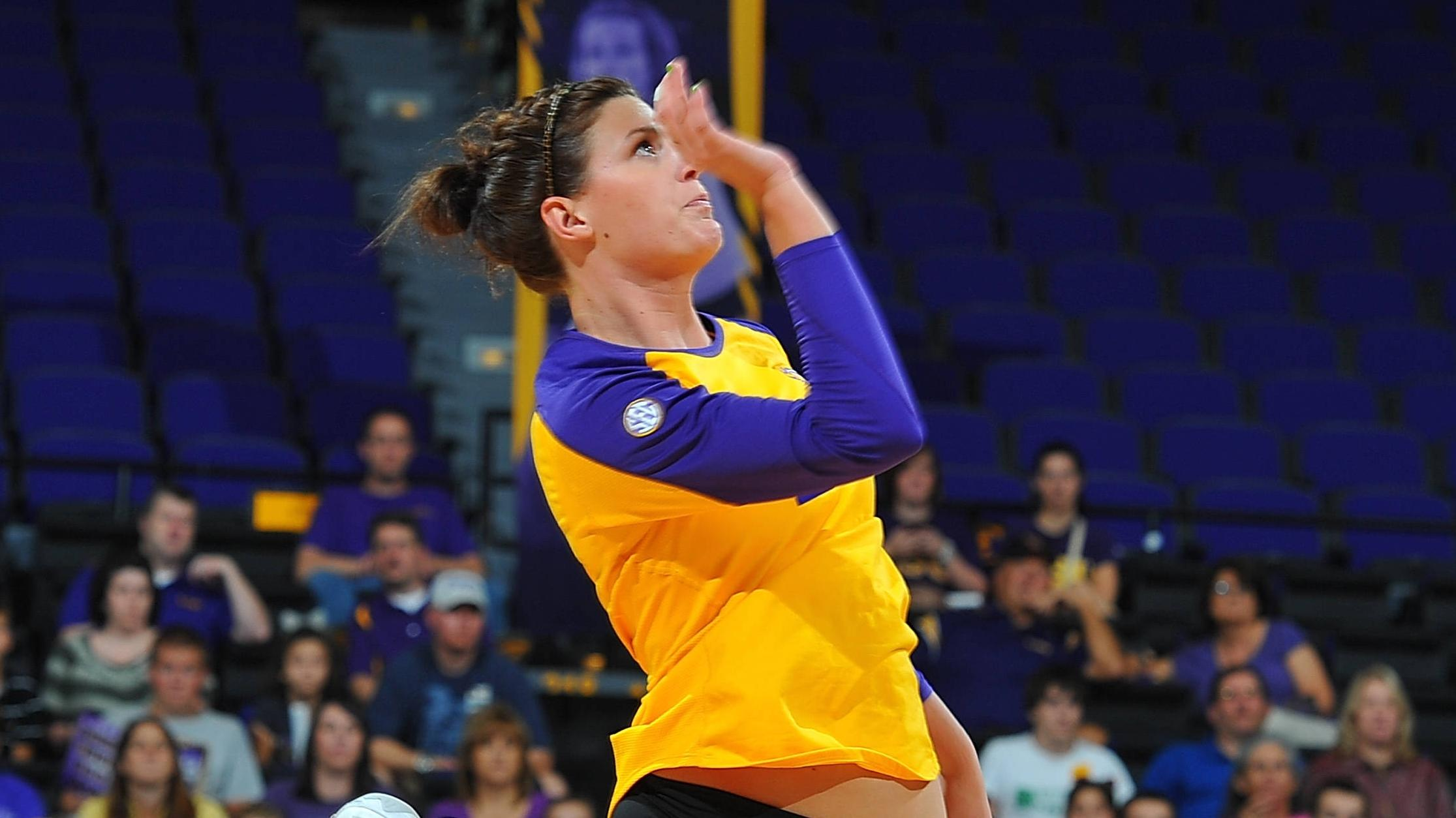 BATON ROUGE – After earning Tiger Classic MVP accolades over the weekend, Michele Williams picked up SEC Offensive Player of the Week Monday as announced by the league office. It’s the third career weekly award for Williams from the SEC.

“We’re extremely proud of Michele,” head coach Fran Flory said. “She’s been a big part of our success during non-conference and it’s a direct reflection of her hard work during the offseason. Our goal on offense is to get her as many balls as possible when we can create opportunities for her.”

Williams buried 45 kills at a 3.75 per set ratio and connected for an impressive .405 hitting percentage as LSU defeated North Carolina, Rice and New Mexico State to improve to 9-0 for the first time since the 1991 season. Her .371 clip for the season ranks fifth, while her 1.00 blocks per set are 10th in the SEC.

Williams provided at least five kills in five of her 12 sets of action at the Tiger Classic and powered home a career-best 20 kills against Rice. The Magnolia, Texas, native also tacked on 16 kills during LSU’s thrilling five-set triumph over New Mexico State.

LSU heads into SEC play Friday with its annual “Gold Match” in addition to “Student Point Night” against Auburn. First serve is on-tap for 7 p.m. and fans following @lsuvolleyball on Twitter are eligible to win four tickets to the LSU football home opener against Mississippi State. The first 400 students also receive a “Gold Diggers” T-Shirt.

Live video and live stats are available in the Geaux Zone on LSUsports.net. Fans also can follow live in-match updates on the team’s official blog at http://lsuvolleyball.posterous.com.