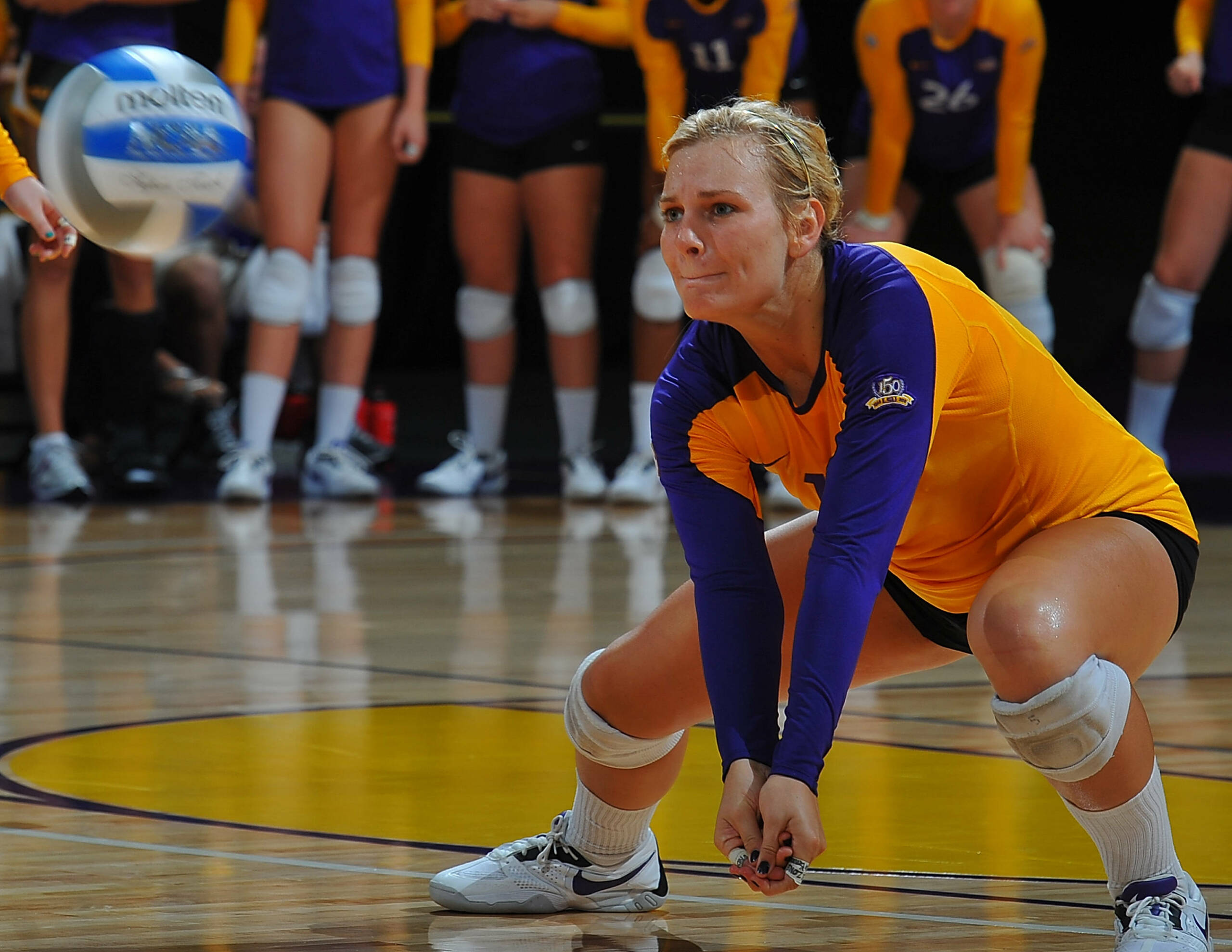 Michele Williams, MB, Jr., Magnolia, Texas
Williams picked up Tiger Classic MVP accolades as LSU remained the SEC’s lone undefeated team and the Tigers moved to 9-0 for the first time since the 1991 season. She ripped 3.75 kills per set and connected for a scorching .405 hitting percentage for the weekend. During five of her 12 frames, Williams provided at least five kills. The Magnolia, Texas, native cranked a career-best 20 kills on a .533 clip against Rice and followed that up with a strong 16-spike effort against New Mexico State; both opponents are inside the RKPI Top 40.

Lauren Waclawczyk, DS, Jr., San Antonio, Texas
Waclawczyk anchored the back row of the SEC’s lone undefeated team as the Tigers improved to 9-0 for the first time since the 1991 season. LSU claimed the Tiger Classic title and held its opponents to a .190 hitting clip for the weekend. Waclawczyk reeled in 54 digs at a 4.50 per set rate highlighted by a pair of 20-dig efforts against Rice and New Mexico State, two RKPI Top 40 teams. The San Antonio, Texas native also tacked on her fourth and five perfect passer ratings of the season and converted on 84-of-87 reception attempts. Waclawczyk passed out 1.25 assists per frame sparked by six helpers, one shy of her career-high, against New Mexico State.

Notes on the Tigers
LSU opened its home schedule by winning the Tiger Classic, its third tournament title in as many weekends. The Tigers, ranked No. 19 in the latest edition of the AVCA Top 25 poll, picked up wins over North Carolina [3-0], Rice [3-1] and New Mexico State [3-2] to remain the SEC’s lone undefeated team heading into league action. It marked the first time since 1991 during the program’s second consecutive Final Four run that LSU has started a season at 9-0. The Tigers enter SEC action ranked among the league’s Top Three in six of the seven major categories and have limited their opponents to a conference low .130 hitting percentage. Michele Williams garnered Tournament MVP honors for the second time this season. She was joined by Angela Bensend and Madie Jones on the All-Tournament Team. Williams cranked 45 kills on a .405 hitting percentage highlighted by a career-best 20 spikes against Rice. She ranks fifth in the SEC with a .371 hitting percentage. With her team-best 51 kills over the weekend, Bensend vaulted into first place in the SEC rankings and has averaged 4.23 kills per set. She ripped a career-high 22 kills and added 17 digs during LSU’s five-set win over New Mexico State. Jones belted a career-best 20 kills of her own against New Mexico State and has reached double figure spikes three times this season. Brittney Johnson has passed out 10.35 assists per set to rank second in the SEC. The Baton Rouge native has compiled a team-best four double doubles, including back-to-back efforts against Rice [32 assists, 14 digs] and New Mexico State [54 assists, 10 digs], a pair of RKPI Top 40 opponents. Lauren Waclawczyk, Sam Delahoussaye and Meghan Mannari headline LSU’s back row as the Tigers have recorded 16.12 digs per set to check in at second place in the SEC. Waclawczyk is fifth in the SEC with 4.29 digs per set. LSU embarks on SEC action with home matches against Auburn [7 p.m. Friday] and Georgia [1:30 p.m. Sunday].