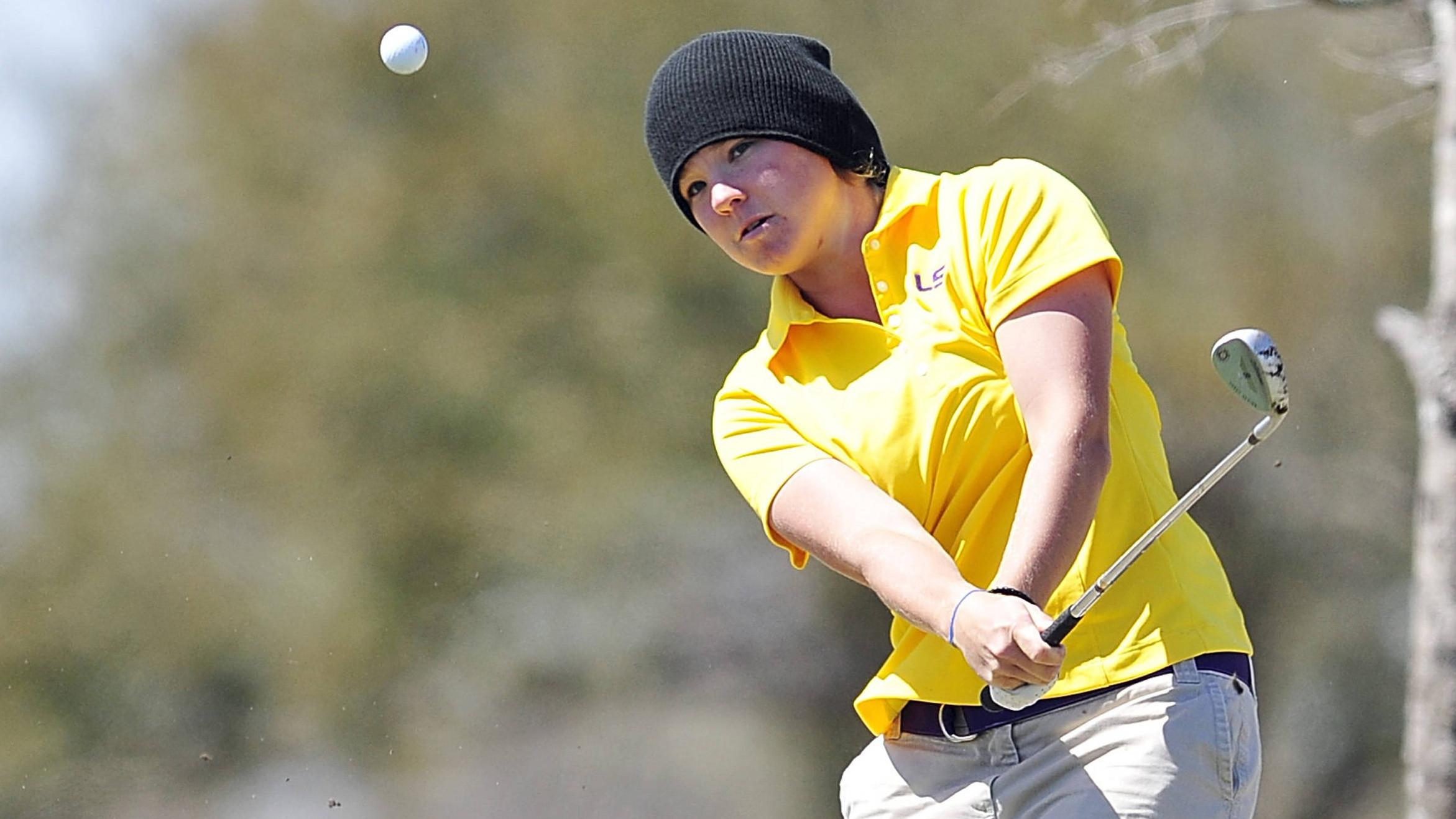 BRYAN, Texas — The premier event in college golf during the fall season occurs first for the top teams in the country including the 16th-ranked LSU women’s golf team as the lady Tigers open play here Monday morning in the NCAA Fall Preview presented by Calloway Golf.

The 54-hole event, which runs through Wednesday, is being contested on the course that will host the 2011 NCAA Women’s Division I Championship next May, the Aggies’ Traditions Club.

All of the top 10 on the recent GolfWeek players to watch and 30 of the 50 are in the tournament, including the player picked 10th on that list, LSU senior Megan McChrystal. McChrystal ended her junior year by firing a school, course and championship record 64 in the final round of the NCAA Championship to finish in a tie for fifth.

McChrystal averaged 72.8 last year, her second straight year under 73 and the only player in LSU history to finish a year averaging under a 73 shot average. Teachman, from Baton Rouge, averaged 73.7 a year ago with three top 10 finishes, while Hedwall came in at 75.6 and Valle 76.3. Maggio was limited in her play after mid-season shoulder surgery but looks to get her college golf career back on track after averaging 76.4 in limited play.

The chance to practice and qualify on the new, much tougher University Club home course will prove helpful as the season goes on and they face a tough challenge at the A&M Traditions course.

“The girls have worked very hard preparing for the start of the season and are dedicated to giving it their all,” said LSU women’s golf coach and National Golf Coaches Association Hall of Famer Karen Bahnsen, who enters her 27th season at the helm of the Lady Tigers. “The qualifying was very competitive and playing on a difficult UC golf course I think has prepared us well for this opening event. This tournament has a very good field and we are all looking forward to teeing off (Monday).”

One change for the women’s golf program is former LSU golfer Alexis Rather returns as assistant coach after two years as an assistant at Ole Miss. Rather was part of two teams that went to the NCAA D1 Championships in 2006 and 2008.

LSU plays with Duke and Virginia in the opening round that starts at 8 a.m. off the first and 10th tees. The Lady Tigers wave begins at 8:45 a.m. off the 10th tee. Live scoring for the event can be found at LSUsports.net through Golfstat.com. Updates during the round can also be found on the LSU women’s golf Facebook page and @LSUwomensgolf on Twitter.