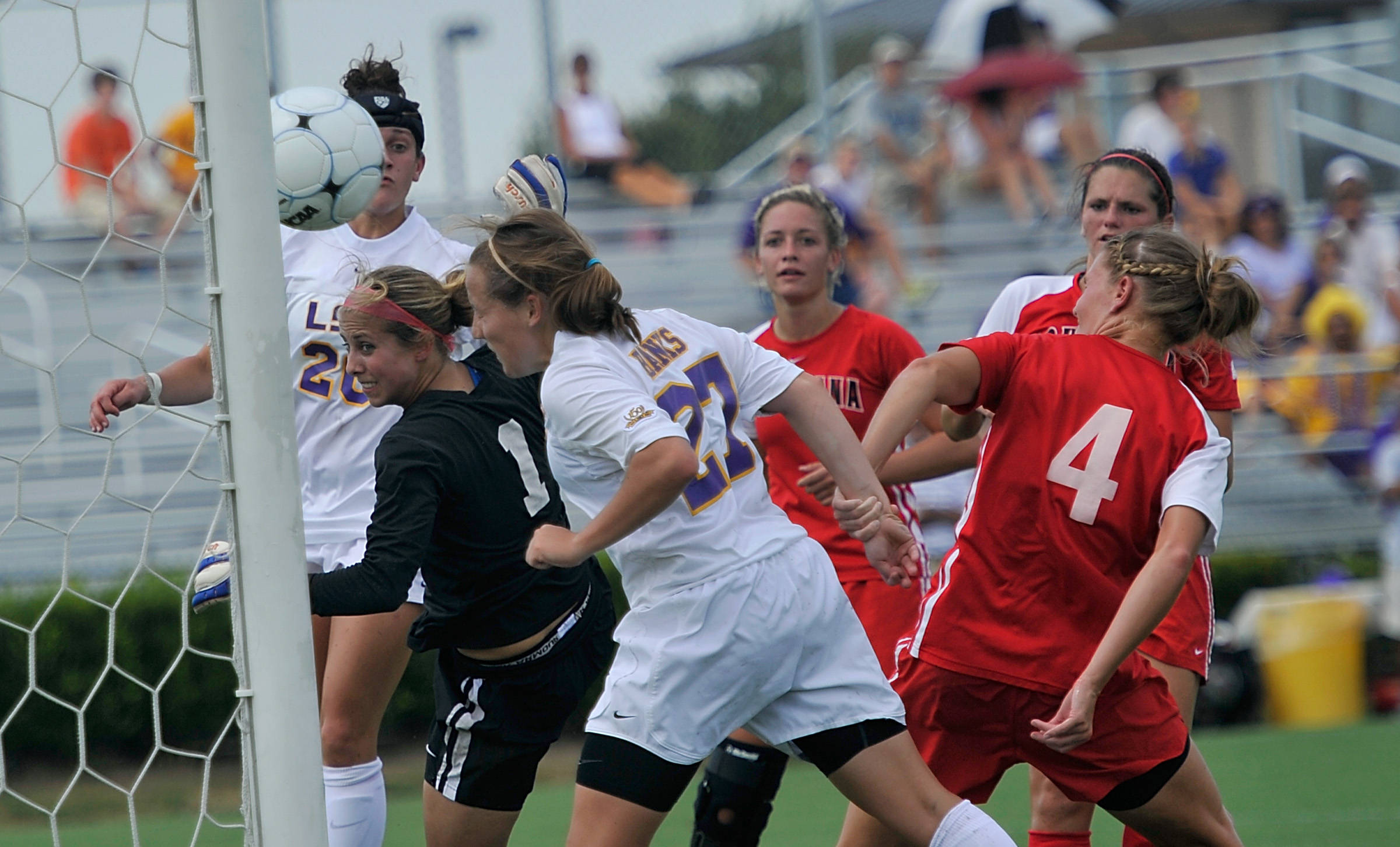 BATON ROUGE – The LSU soccer team followed a 0-0 draw with the 10th-ranked BYU Cougars on Thursday night with a dominating 1-0 victory over in-state rival Louisiana-Lafayette on Sunday afternoon as the Tigers extended their home unbeaten streak to 11-straight games at the LSU Soccer Complex.

The Tigers are now 9-0-2 in their last 11 fixtures at the LSU Soccer Complex dating back to a 3-0 shutout of the Southern Miss Golden Eagles last season on Aug. 28, 2009.

“We’re very happy to win today. You never want to scoff at a win,” said LSU head coach Brian Lee. “We were pushing to try and get the next goal and just missed a couple of great chances. The Lafayette kids were playing hard and were moving better on and off the ball. You’ve got to put in the work to really give yourself a chance, and I didn’t see that from our team this afternoon.

“Our younger kids have got to understand that the games come fast and furious, and playing well a couple of days ago on Thursday or Friday doesn’t mean you can just toss your jersey on the field and play well again on Sunday. Our mental and physical preparation as a team just isn’t good enough right now.”

Sophomore striker Carlie Banks scored her team-leading third goal of the season at the 18:49 mark from a perfect cross by senior Courtney Alexander on a free kick beyond the right side of the penalty area.

After winning a free kick 10 yards outside of the area, Alexander served a precise cross over the arms of a leaping Louisiana-Lafayette goalkeeper Amanda Moorefield to Banks standing near the left post. Banks fired a leaping header into an empty net from the top of the six-yard box to give LSU a 1-0 lead in the 19th minute of play. It was a lead the Tigers would not relinquish over the final 71 minutes of action.

Banks proved to be the most active Tiger on the offensive end of the field as she attempted a team-leading four shots in the match with two shots on frame on the afternoon.

The Tigers nearly put the game away late in the second half on close calls by sophomore striker Catherine Luparello and freshman forward Addie Eggleston. Just seconds after checking into the match, Luparello rifled a shot off the crossbar from 25 yards out in the 76th minute. Eggleston followed in the 81st minute of play with a shot inches wide of the right post from 12 yards one-on-one with a charging Moorefield.

Freshman goalkeeper Megan Kinneman was outstanding in goal for the Tigers in her first career start with four saves on seven shots faced en route to her first collegiate clean sheet. Kinneman helped direct a Tiger defense that pitched its third shutout in six matches during the 2010 campaign.

“I was very excited to have the opportunity to come in and play, especially here at home,” Kinneman said after the game. “Being able to start for the first time here at home was a lot of fun for me. We’re not too happy with how we played today, but I had to stay focused to make sure that we stayed in it.”

The Tigers outshot the Ragin’ Cajuns by a 12-7 count on the final stat sheet, while each team was credited with four shots on goal apiece. LSU doubled up Louisiana-Lafayette with a 6-3 advantage in corner kicks.

The Tigers will wrap up their non-conference slate next weekend as they go on the road Friday to take on the Illinois Fighting Illini at the Illinois Soccer Stadium in Champaign at 7 p.m. CT before playing host to the in-state rival McNeese State Cowgirls on Sept. 19 at 1 p.m. at the LSU Soccer Complex.