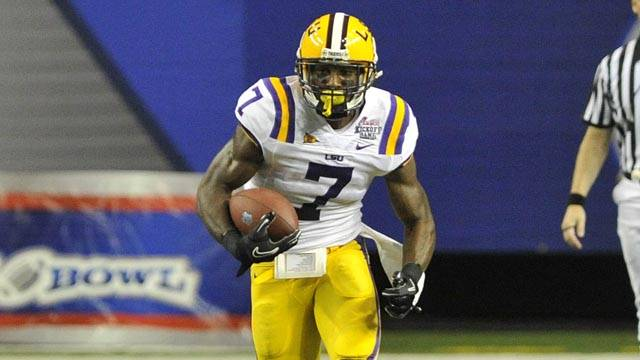 Peterson had an 87-yard punt return for a touchdown, a total of 157 yards in punt returns and 100 more in kickoff returns. He also contributed five tackles.

Peterson was named the SEC Special Teams Player of the Week on Monday. As one of the nation’s top players, Peterson is on watch lists for every postseason defensive award, including the Lott Trophy, Bronko Nagurski Award, Jim Thorpe Award and Chuck Bednarik Award.

LSU will receive $1,000 for its general scholarship fund in recognition of Peterson’s achievement.

Other players nominated for the Player of the Week were Jeron Johnson of Boise State, Alex Wujciak of Maryland, Brian Duncan of Texas Tech, Wyatt Middleton of Navy, Akeem Ayers of UCLA and Sam Acho of Texas..

Named after Hall of Famer Ronnie Lott, the Lott Trophy is awarded to college football’s Defensive IMPACT Player of the Year. Now in its sixth year, the Lott is the first college football award to equally recognize athletic performance and the personal character attributes of the player.

Sponsored by The Pacific Club IMPACT Foundation in Newport Beach, the award is given to the player who exhibits the same characteristics Lott embodied during his distinguished career: Integrity, Maturity, Performance, Academics, Community and Tenacity.