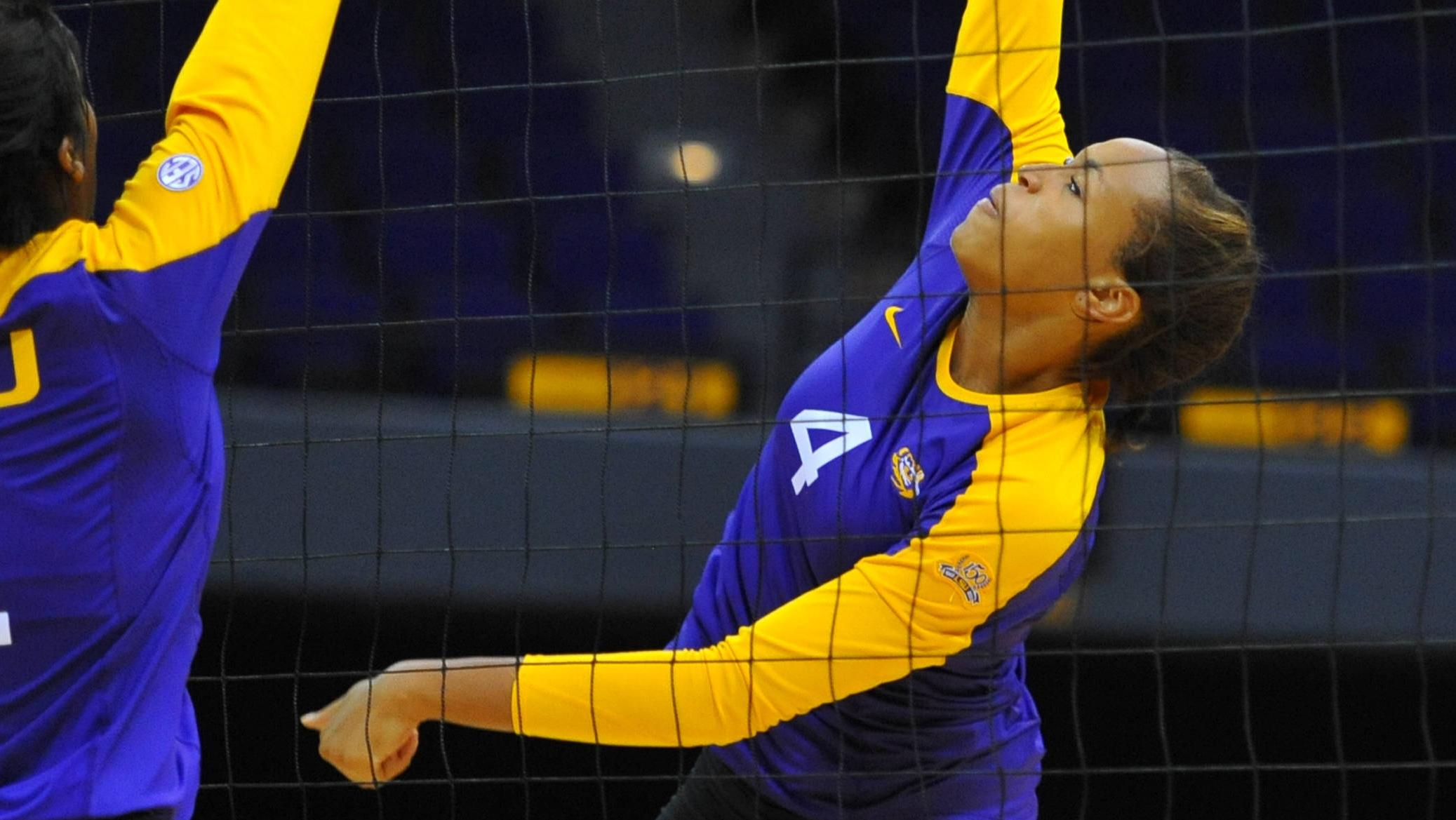 “I thought we did a great job of attacking them,” head coach Fran Flory said. “This was another positive step for our team. Two tournament championships during the first two weekends is certainly a nice tribute to the work ethic and type of players we have in our program. We learned a few things about ourselves, and I’m excited for them going forward.”

Brittney Johnson totaled 23 assists on her birthday and set the Tigers (6-0) to a .509 hitting percentage for the match. The last time LSU connected for over a .500 hitting clip was against Rice during the 1992 season.

“Nicole got some great experience and managed her position well,” Flory said. “She contributed in every aspect of the game. We have to continue to get her closer to being ready to play. Our system is a little fast for her, but this type of performance will lend her more opportunities as the season goes on.”

“Strong serving allows us to stick with our pace of game,” Mannari said. “We continue to grow and play together as a team. We’ve learned a lot these first two weekends.”

At 4-3 in the first set, Williams cracked back-to-back kills to ignite 13 straight points. Mannari slapped three aces coupled with two kills apiece from Johnson and Bensend. Desiree Elliott added a pair of kills to close out the 25-8 win.

The Tigers made program history en route to a 25-3 triumph in set two. The three points allowed were a school record. Willis and Williams notched three kills each in the frame.

LSU finished the match in style and turned an 11-8 edge into a 25-8 route after reeling off 14 straight points. Delahoussaye tallied three aces and Jones knocked three kills to highlight the run.

LSU makes its much-anticipated home debut next weekend and welcomes New Mexico State, North Carolina and Rice to the Maravich Center for the Tiger Classic. Live stats and video will be available in the Geaux Zone on LSUsports.net

“This is very challenging tournament ahead,” Flory said. “All of these teams were in the NCAA Tournament last season and have chances to do well in their respective conferences again. We expect three tough matches against three well-coached teams.”