Soccer to Wrap Up ACC/SEC Challenge on Sunday 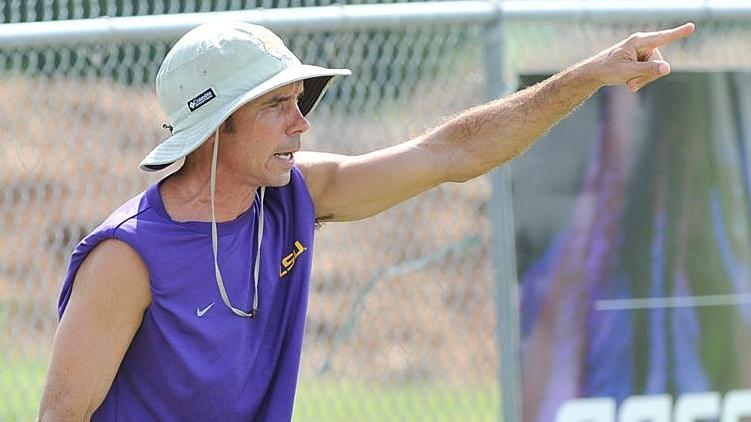 WINSTON-SALEM, N.C. – The 23rd-ranked LSU soccer team will look to end a two-game slide Sunday as it wraps up play in the 2010 ACC/SEC Challenge with a match against the Virginia Tech Hokies slated to kick off at 10:30 a.m. CDT at Spry Stadium on the campus of Wake Forest University.

This marks the first meeting between the two sides as both LSU (1-2) and Virginia Tech (2-3) are coming off tough defeats on Friday night at the ACC/SEC Challenge.

Despite equalizing in the 74th minute, the Tigers dropped a 3-1 decision to No. 16-ranked Wake Forest on the Demon Deacons’ home field, while the Hokies fell to the Kentucky Wildcats, 2-1, after leading by 1-0 at halftime. Virginia Tech is looking to snap a three-game losing streak into Sunday’s match.

“We took another step forward as a young team last night as we learn what it takes to compete against the best teams in the country,” said LSU head coach Brian Lee. “Virginia Tech will present many of the same challenges for our team as Wake Forest did last night. They are a very successful program in the ACC and have NCAA Tournament experience on their side. It’s another great opportunity we have to improve.”

The Hokies have been led by the trio of seniors Kelsey Billups and Jennifer Harvey and sophomore Kelly Conheeney, which has accounted for nine of the team’s 10 goals on the season. Each has scored three goals this fall to lead the Virginia Tech attack. Conheeney has also dished out three assists in five fixtures.

Virginia Tech is coming off a 2009 season in which it posted a 16-8 overall record while advancing to the semifinals of the ACC Tournament and Sweet 16 of the NCAA Tournament in the postseason.

The Tigers will wrap up their four-game road swing against nationally-ranked opponents next weekend as they travel to South Field in Provo, Utah, on Thursday to take on the 12th-ranked BYU Cougars in a game scheduled to kick off at 8 p.m. CDT. The match will be televised live on BYUtv.