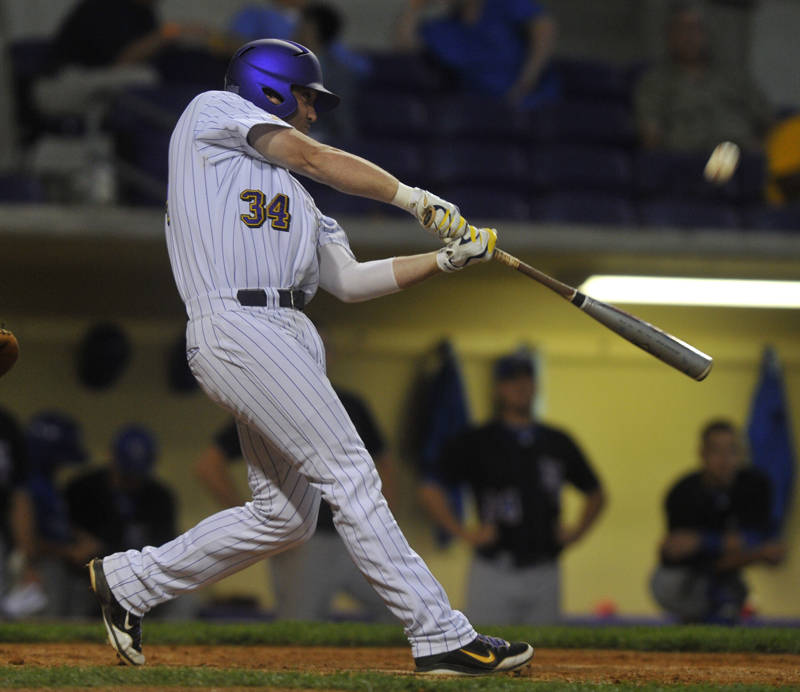 All three games will be carried by the affiliates of the LSU Sports Radio Network. Live audio and stats may be accessed in the Geaux Zone at www.LSUsports.net.

LSU is ranked No. 9 in this week’s USA Today/ESPN poll. The Tigers have appeared in the Top 10 of at least one college baseball poll for 34 consecutive weeks, a streak that began on May 19, 2008.

LSU has won 17 of its last 20 SEC regular-season series, a stretch that began on April 25, 2008. The Tigers are in second place in the SEC Western Division, two games behind Arkansas (13-5).

“We know that we’ll have to play at a high level in order to compete with a great team like Florida,” said LSU coach Paul Mainieri.”We’ve had some setbacks recently, but that’s typical of most college baseball seasons. I know our players are excited about going to Gainesville and giving a tremendous effort throughout the weekend.”

LSU is No. 3 in the SEC in hitting with a .322 team batting average, and the Tigers have collected 52 homers and 66 stolen bases.

Junior catcher Micah Gibbs is batting .415 this season, which ranks third in the SEC. Gibbs has eight doubles, three triples, five homers and 40 RBI. Sophomore rightfielder Mikie Mahtook leads the league in doubles with 17 and in stolen bases with 21. Mahtook is hitting .358 on the year with four triples, 10 homers and 36 RBI.

LSU first baseman Blake Dean is fourth in the SEC with 53 RBI. Dean is hitting .331 on the year with 14 doubles and eight homers.

Florida is ninth in the league with a .297 team batting average, and the Gators have recorded 50 homers and 56 steals. Florida is led at the plate by freshman catcher Austin Maddox, who is hitting .349 with 13 doubles, 12 homers and 45 RBI.

Sophomore infielder Preston Tucker is hitting .342 for the Gators with 11 doubles, one triple, eight homers and 32 RBI.

LSU leads the all-time series with Florida, 50-32-1, and the Tigers won two of three games over the Gators last season in Baton Rouge.

Florida has won three of the last four series between the teams, including the last two series in Gainesville. The Gators posted 2-1 series victories over the Tigers in McKethan Stadium in 2006 and 2008.