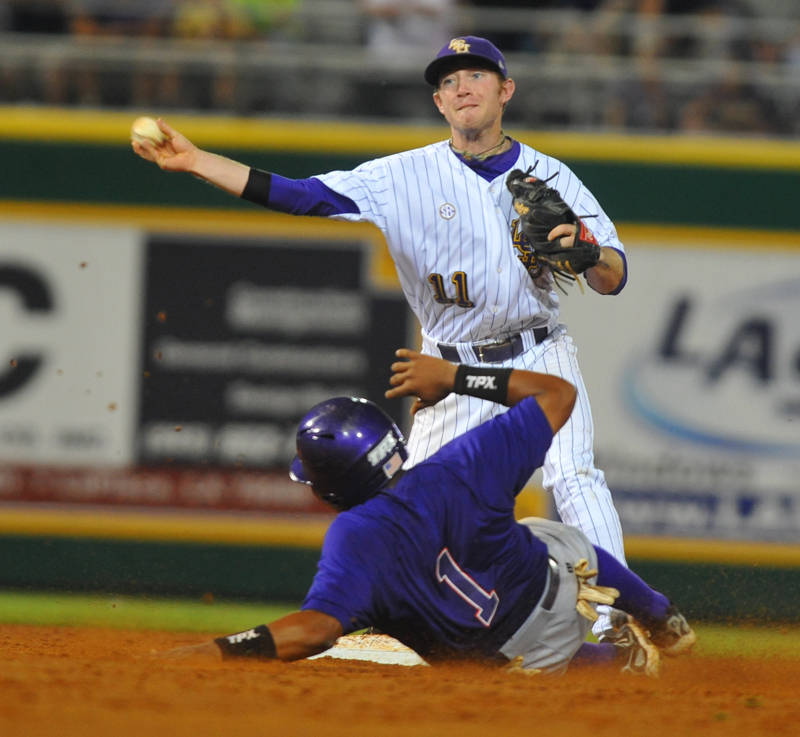 OXFORD, Miss. – Shortstop Kevin Mort’s bases-loaded single in the bottom of the ninth inning Sunday lifted 19th-ranked Ole Miss to a 7-6 win over No. 5 LSU at Swayze Field.

“Our kids competed extremely hard, but we couldn’t extend the lead when we had some chances,” said LSU coach Paul Mainieri. “It was an intense series, and some tough ball games, but we have to move forward. I feel confident our team will recover quickly, because we have to. There’s still a long way to go in the season; we have 12 SEC games left to play.”

Ole Miss rebounded to score three in bottom of the second  against LSU starter Chris Matulis.  Second baseman Alex Yarbrough produced an RBI grounder by Yarbrough a second run scored on an error charged to LSU shortstop Austin Nola, and  irst baseman Miles Hamblin bunted in a run on a suicide squeeze play.

LSU regained the lead in the fourth on a two-run homer by rightfielder Mikie Mahtook, his 10th of the season. The Tigers extended the lead to 6-3 in the fifth when centerfielder Leon Landry tripled and scored on a wild pitch by reliever Trent Rothlin.

The Rebels tied the game with a pair of solo homers off of Matulis in the eighth. Matt Snyder’s dinger brought the Rebels to within one run, and Yarbrough’s shot to right field knotted the contest at 6-6.

Catcher Taylor Hightower and Hamblin hit consecutive singles to start the ninth for the Rebels, and LSU reliever Austin Ross walked Tim Ferguson intentionally to load the bases. Mort then delivered a single to left-center field to score Hightower with the winning run.

Ole Miss reliever Brett Humber (1-0) was credited with the win as he worked two scoreless innings and allowed one hit with three strikeouts.

Ross, who entered the game to start the ninth, dropped to 3-4 with the loss.