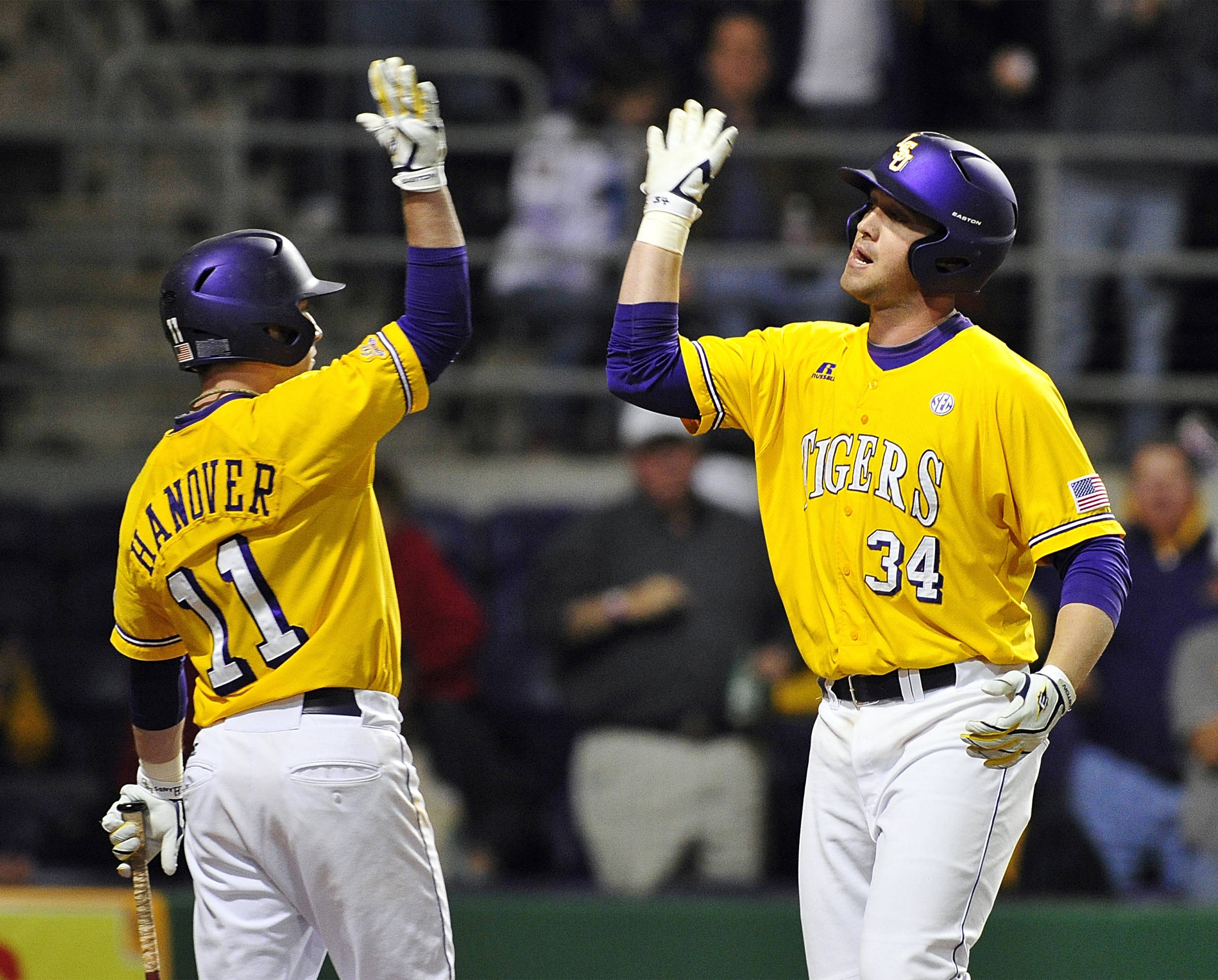 OVERLAND PARK, Kan. – LSU first baseman Blake Dean is one of 10 finalists for the Lowe’s Senior CLASS Award which is presented to the nation’s outstanding student-athlete in NCAA Division I baseball.

Ten NCAA® student-athletes who excel both on and off the field have been selected as finalists in the baseball division. To be eligible for the award, a student-athlete must be classified as an NCAA Division I senior and have notable achievements in four areas of excellence – community, classroom, character and competition.

An acronym for Celebrating Loyalty and Achievement for Staying in SchoolTM, the Lowe’s Senior CLASS Award focuses on the total student-athlete and encourages students to use their platform in athletics to make a positive impact as leaders in their communities. The finalists were chosen by a media committee from the list of 30 candidates who were announced in February.

Nationwide balloting begins immediately to determine the winner. Lowe’s, an official Corporate Partner of the NCAA, will announce the Senior CLASS AwardTM winner in June at the NCAA Men’s College World Series® in Omaha, Nebraska.

These 10 names have been placed on the Lowe’s Senior CLASS Award baseball ballot for a nationwide vote beginning immediately and concluding May 31. Fan balloting is available on the award’s official Web site, http://www.seniorCLASSaward.com, as well as through text messaging. Fans can text BASEBALL to 74567 to vote for the finalists. These votes will be combined with votes from coaches and media to determine the recipient of the award.

“College baseball players have to manage expectations as students on track to graduate and then as potential professional players,” said Tom Lamb, Lowe’s senior vice president of marketing. “The 10 finalists are shining examples of young men who are capable of putting the priority of getting a degree first for themselves.”

This marks the fourth year for the baseball division of the Lowe’s Senior CLASS Award. The University of Alabama’s Emeel Salem was the inaugural winner in 2007, Rice University’s Cole St. Clair was the recipient in 2008, and the University of Florida’s Brandon McArthur took home the award in 2009.