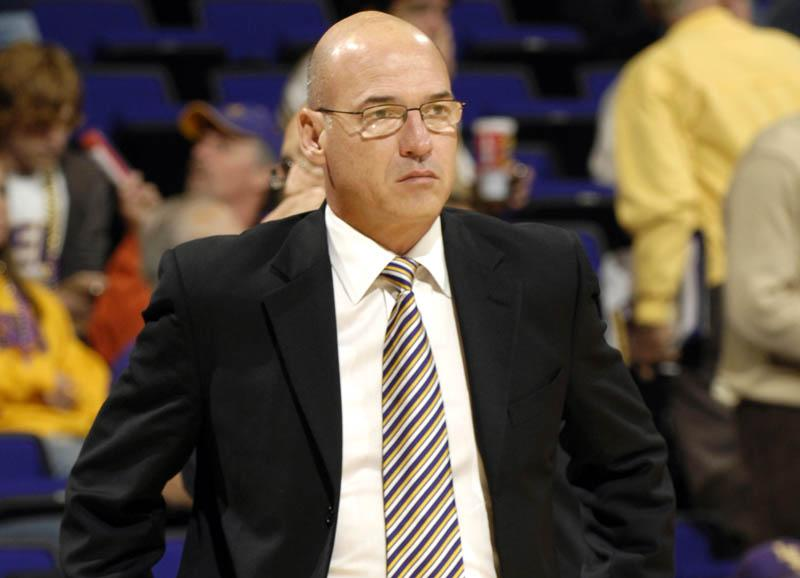 BATON ROUGE – Keith Richard, who served as an assistant coach on Trent Johnson‘s LSU men’s basketball staff, was named Thursday as the new head basketball coach at the University of Louisiana-Monroe.

Richard was introduced at a press conference on the ULM campus Thursday afternoon.

Richard, a native of Baton Rouge, played basketball for ULM from 1978-82, starting as a junior and senior and helping lead the Warhawks to it’s first-ever NCAA Tournament appearance in 1982. He later served as a Graduate Assistant Coach in 1986 and Assistant Coach from 1989-94.

Richard came to LSU after 13 years at Louisiana Tech that included nine years as the head coach where he compiled a 150-117 record.

“I would like to thank LSU and especially Coach Trent Johnson for the opportunity to be a part of the basketball program,” said Richard earlier in the day Thursday. “With the recruits that Coach Johnson and the staff have brought in for this coming year, fans will see the program begin to sustain itself and grow in success as the years go on. I wish LSU nothing but the best in the future and I am excited about this new challenge in my career of returning to my alma mater as head coach.”

At his press conference in Monroe, Richard also said, “Trent is a great coach. He’s a great person. He’s a man of substance. LSU is lucky to have him and if they are smart they will keep him there for a long, long time. I’m a better coach today for having gone down there and worked with him.”

Richard, 50, prepped at Redemptorist High in Baton Rouge. At LSU he was involved in recruiting and scouting and game plan work for future opponents.

“I am very excited for Keith,” said LSU Coach Trent Johnson.  “He was very instrumental in helping us get this LSU program back on the right track. We certainly wish him the best of luck at ULM.”