Baseball to Face NSU in Shreveport 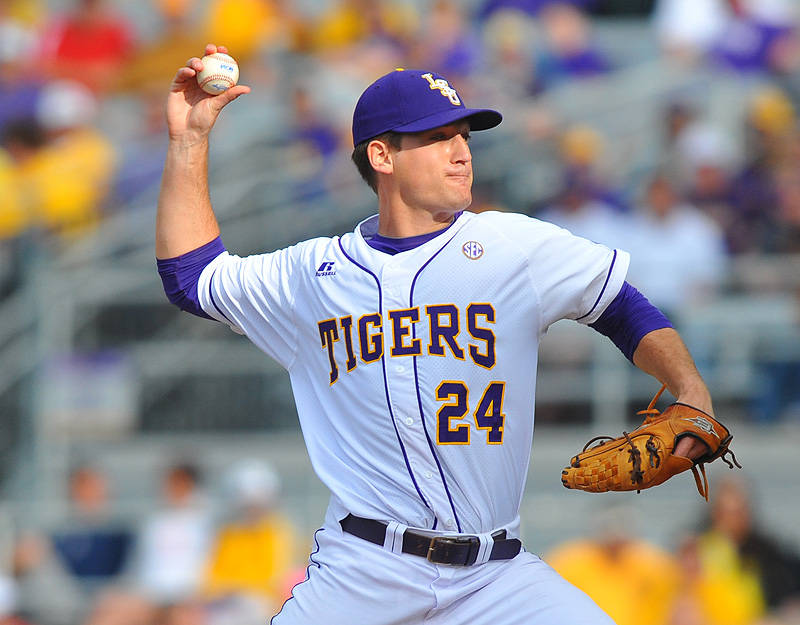 Tuesday’s game is the first of two contests between the clubs this week. LSU and Northwestern State also meet at 6:30 p.m. Wednesday in Alex Box Stadium.

The game in Shreveport will be carried by the affiliates of the LSU Sports Radio Network. Live audio and stats may be accessed in the Geaux Zone at www.LSUsports.net.

“We’re definitely looking forward to seeing our fans in Shreveport,” said LSU coach Paul Mainieri, “but we know we’re going to face a tremendous challenge in Northwestern State. (NSU coach) J.P. Davis has done a fantastic job with their program, and they are a very explosive team. I think we’ll see two great games this week, one in Shreveport and one in Baton Rouge.”

LSU is ranked No. 5 in the USA Today/ESPN poll, No. 6 by Collegiate Baseball and No. 8 by Baseball America. The Tigers have appeared in the Top 10 of at least one college baseball poll for 33 consecutive weeks, a streak that began on May 19, 2008.

LSU won all four of its games last week, defeating Tulane on Wednesday before recording a three-game SEC series sweep over Alabama.

The Tigers’ 6-5, 14-inning victory over Alabama on Sunday marked LSU’s second-longest game in SEC play, surpassed only by a 16-inning loss at Florida on March 22, 1996. The extra-inning victory on Sunday featured a walk-off solo homer by sophomore third baseman Grant Dozar, his first dinger of the season and the third of his career.

Sophomore right-hander Matty Ott pitched in three of the Tigers’ four games last week, recording a win and a save in LSU’s SEC sweep over Alabama. Ott worked the final 1.1 innings of Saturday’s victory over the Crimson Tide, retiring all four batters he faced to earn the save. On Sunday, Ott worked a career-high seven innings to earn the victory in LSU’s 14-inning triumph over Alabama. Ott, whose previous career-long outing was just three innings, limited the Tide to two runs on four hits in seven innings with one walk and three strikeouts.

Dean hit two homers in Friday’s win over the Crimson Tide, marking the fourth time in his career he recorded a two-HR game. Dean now has 51 career homers and has moved into fifth place on LSU’s all-time HR list.

Northwestern State is batting .330 on the year with 29 homers and 73 steals in 90 attempts. The Demons are led at the plate by junior outfielder Oscar Garcia, who is batting .389 with seven doubles, four triples, five homers and 40 RBI.

LSU leads the overall series with Northwestern State, 48-10, including a 2-1 victory over the Demons last season in Alex Box Stadium. LSU has won the last 10 meetings between the schools.

RANKINGS
LSU – No. 5 by USA Today/ESPN; No. 6 by Collegiate Baseball; No. 8 by Baseball America
NSU – unranked