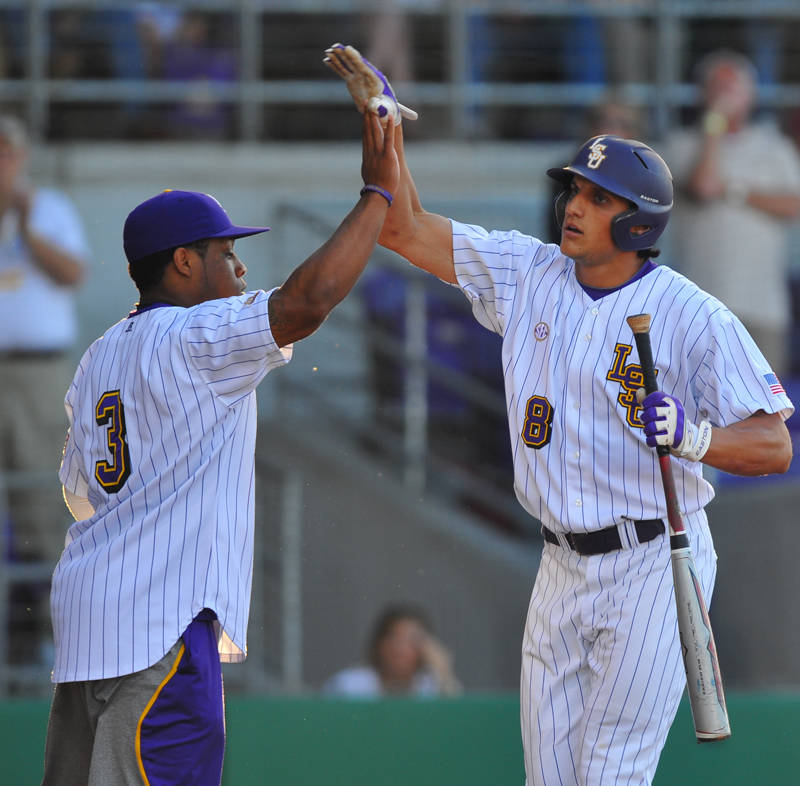 The games will be carried by the affiliates of the LSU Sports Radio Network. Live video, audio and stats may be accessed in the Geaux Zone at
www.LSUsports.net.

All three games will be televised live by Cox Sports Television.

LSU is ranked No. 6 in the USA Today/ESPN and NCBWA polls, No. 7 by Collegiate Baseball and No. 8 by Baseball America. The Tigers have appeared in the Top 10 of at least one college baseball poll for 32 consecutive weeks, a streak that began on May 19, 2008.

The Tigers pounded out 16 hits in a 10-4 victory over Tulane on Wednesday in Alex Box Stadium.

Alabama is in fifth place in the SEC West, four games behind Arkansas. The Crimson Tide split a pair of games this week, dropping a 7-5 decision at home to Samford on Tuesday before capturing a 10-5 win at Southeastern Louisiana Wednesday night.

“Alabama was certainly the best hitting team in our conference last season, and they have several of the same players back this year,” Mainieri said. “They complement their offense with some very talented arms on the mound. Our players are looking forward to a very competitive series in a great atmosphere at Alex Box.”

Ranaudo earned his first win of the season when the Tigers defeated Auburn last Friday. Ranaudo, who missed four starts due to a stress reaction in his throwing elbow, allowed three runs on five hits in five innings with three walks and three strikeouts. He fired a season-high 86 pitches in the victory.

LSU has won eight of its last 10 SEC regular-season series versus the Tide. The Tigers have won four straight series over Alabama, including a 2-1 series victory last season in Tuscaloosa.

“Ben McDonald Day” pregame ceremony at 6:45 p.m. Saturday
LSU fans are encouraged to be in their Alex Box Stadium seats at 6:45 p.m. Saturday for the “Ben McDonald Day” ceremony prior to the Tigers’ game versus Alabama. The No. 19 worn by the LSU All-America pitcher will be formally retired prior to the game, and McDonald’s name and number will be permanently displayed on the grandstand fascia of Alex Box Stadium.