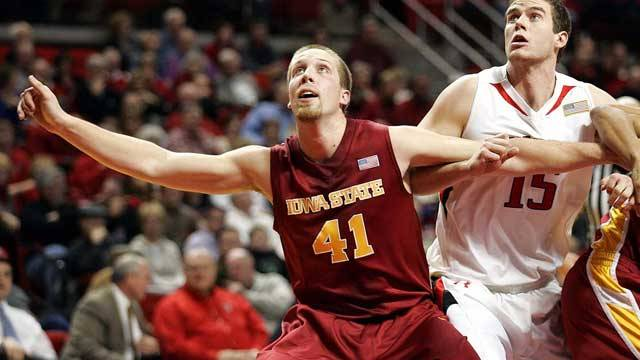 BATON ROUGE – LSU received more good news on Thursday when it received and the LSU compliance office approved the scholarship papers of transfer center Justin Hamilton, who has played the past two seasons at Iowa State University.

Hamilton signed the Southeastern Conference Financial Aid agreement for the coming year at LSU. He does not sign a national letter of intent as he is a transfer from a four-year institution.

Hamilton is 6-11, 260-pounds from Alpine, Utah. Under the NCAA Division I transfer rules, he will sit out competition but be able to practice with the 2010-11 Tigers and have two years of eligibility remaining beginning in 2011-12.

“Big true centers are hard to find in college basketball” said LSU Coach Trent Johnson. “He is battle-tested for two years at Iowa State against the best in the Big 12. We fully expect him to have the same impact that Malcolm White is going to have on our program after sitting out this coming year. Justin is a great kid and he will fit in with what we are trying to accomplish with our basketball program.”

He attended Lone Peak High school in Alpine and his father, Larry, was a two-sport star at BYU in wrestling and football, and was a starter at defensive tackle on BYU’s 1984 national championship football team.

With so much out of her control, Molly Thompson focused in on the things firmly in her grasp.
Three Tigers on Top 100 Prospects List