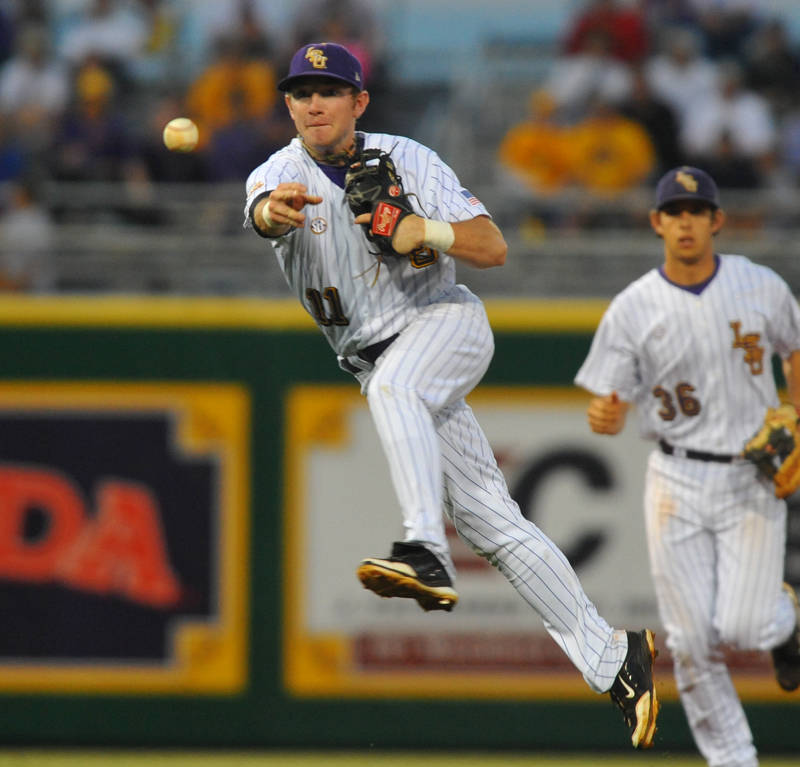 The Tigers (27-6) will be back in action this weekend when they host SEC rival Alabama in a three-game series beginning Friday night at 7 p.m. in Alex Box Stadium. Tulane dropped to 21-13 with the loss Wednesday.

Mahtook led the LSU offense with a 3-for-4 performance including a home run, a double and three RBI. Second baseman Tyler Hanover also supplied three hits, including a double and a pair of RBI.

“I liked the way we came through with the clutch hits tonight, something we had difficulty doing last weekend (at Auburn),” LSU coach Paul Mainieri said. “That’s the nature of the game; every team on every level goes through times when they can’t get the clutch hit. I was proud of the way we competed at the plate, and I thought we controlled the game with our pitching.”

The LSU bullpen was stifling Wednesday night as it held Tulane scoreless through the final six innings, only allowing two hits in that span. Freshman left-hander Chris Cotton (2-0) earned the win, as he allowed only one run on two hits with a pair of strikeouts in two innings of work.

Tulane got on the board in the top of the first when third baseman Rob Segedin blasted a three-run homer to left field to give the Green Wave an early 3-0 lead. The dinger was Segedin’s seventh of the season.

The Tigers responded quickly in the bottom of the frame when right fielder Mikie Mahtook led off with a solo homer to deep left field to cut the LSU deficit to 3-1. Mahtook’s seventh homer of the season tied his home run total from his freshman season a year ago.

Later in the inning, LSU ripped four-consecutive singles with two outs, including RBI singles by Leon Landry and Tyler Hanover to tie the score at 3-3.

In the bottom of the frame, Micah Gibbs walked, reached second base and then third on two consecutive wild pitches and scored on a passed ball on the next pitch to even the score at 4-4.

The Tigers took the lead, 5-4, later in the inning when Hanover laced a double into right, scoring Matt Gaudet from second. Hanover’s 10th double of the year surpassed his doubles total of nine from his freshman season a year ago.

LSU increased its lead to 6-4 in the fourth when Blake Dean ripped an RBI single through the right side to score Mahtook, who doubled earlier in the inning. The Tigers took an 8-4 advantage later in the inning when Landry notched two more RBI with a bases-loaded single.

In the fifth, the Tigers extended their lead to 10-4 when Mahtook slapped a two-run single up the middle, scoring Grant Dozar, who doubled to lead off the inning, and Johnny Dishon, who bunted for a base hit.