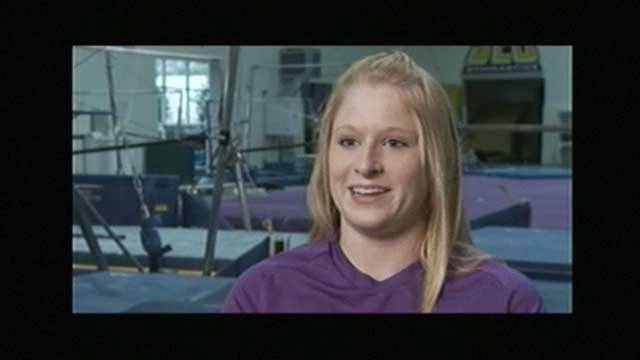 BATON ROUGE – LSU gymnast Susan Jackson has chased after school records all season, and the senior was featured on two TV shows recently.

SEC Weekly on ESPNU interviewed Jackson and fellow senior Summer Hubbard as well as head coach D-D Breaux prior to the SEC Championship in Jacksonville, Fla., on March 27.

The latest episode of NCAA On Campus featured Jackson and her unique move, the back headspring, as well as focusing on her accomplishments during her senior season.

The Spring, Texas native has captured 40 individual titles this season, and Jackson tied the school record for most all-around titles in a season with 10.

Jackson and her teammates will compete for their third straight Super Six appearance at the NCAA Championships on April 22 at Florida’s Stephen C. O’Connell Center.