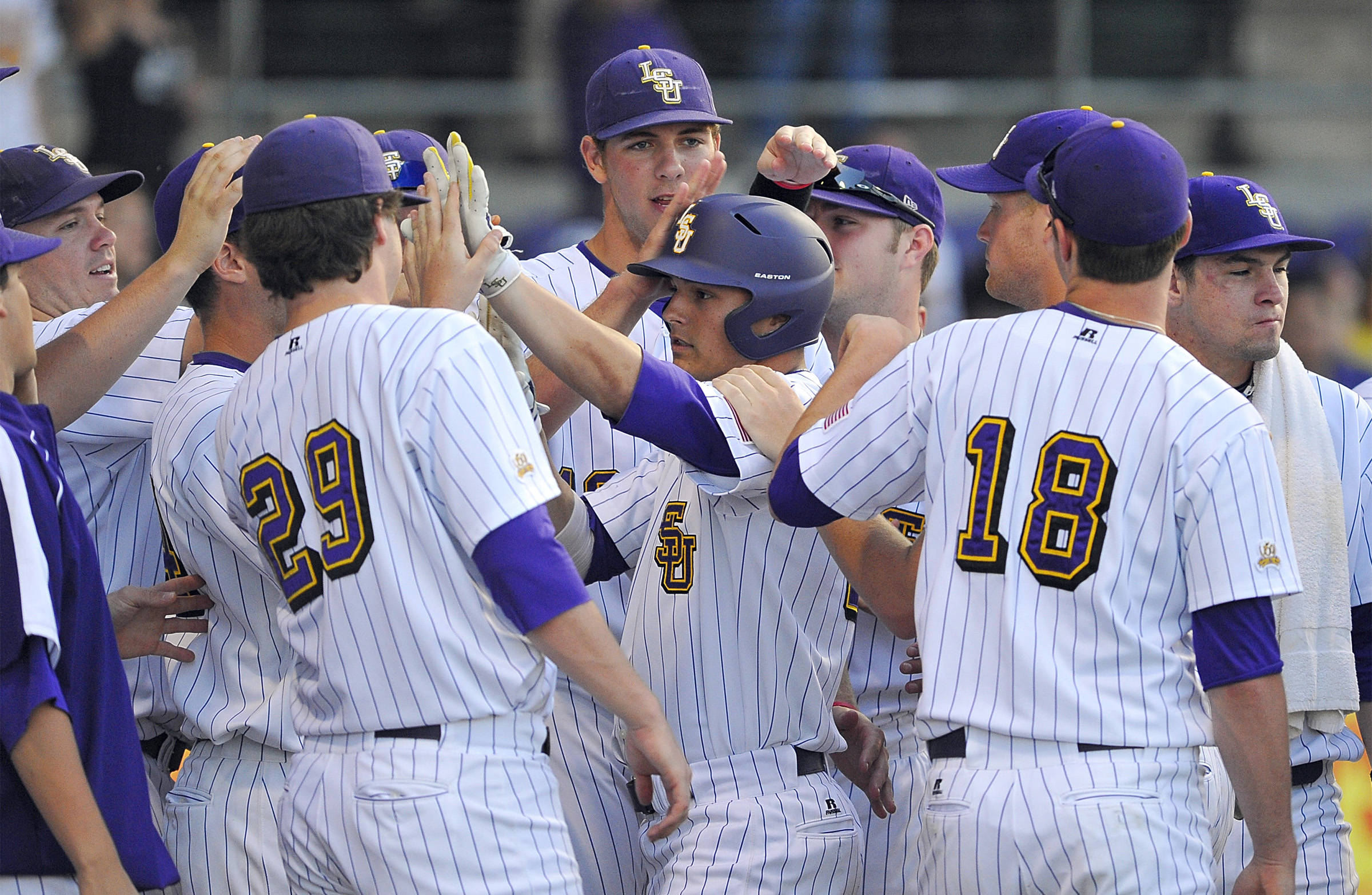 Notes on the Tigers
LSU is ranked in the Top 10 of a college baseball poll for the 32nd consecutive week, a streak that began on May 19, 2008 … LSU dropped two of three games at Auburn last weekend, marking the Tigers’ first SEC series loss since April 17-19, 2009 versus Tennessee in Alex Box Stadium … LSU had won seven straight league series overall and eight consecutive conference series on the road prior to last weekend … LSU has won 16 of its past 18 SEC series since April 25, 2008 … the Tigers lost two straight games at Auburn on Saturday and Sunday, marking just the second time LSU has lost two in a row over the past 134 games, a stretch that began on April 22, 2008 … junior catcher Micah Gibbs had another excellent week at the plate for the Tigers, batting .444 (8-for-18) in four games with one double, one triple, one homer, six RBI and six runs … Gibbs is batting .403 on the year with six doubles, three triples, five homers and 33 RBI … sophomore third baseman Grant Dozar batted .438 (7-for-16) last week with two doubles, one triple, six RBI and five runs … senior designated hitter Matt Gaudet, who leads the SEC with 11 home runs this season, hit .421 (8-for-19) in five games last week with five RBI and two runs scored … sophomore rightfielder Mikie Mahtook batted .409 (9-for-22) last week with one double, one triple, one homer, four RBI, four stolen bases and eight runs scored … LSU hit .350 (69-for-197) as a team in its five games last week with 13 doubles, five triples, five homers and 49 runs scored, an average of just under 10 runs per game … junior right-hander Anthony Ranaudo earned his first win of the season when the Tigers defeated Auburn on Friday… Ranaudo, who missed four starts due to a stress reaction in his throwing elbow, allowed three runs on five hits in five innings with three walks and three strikeouts … Ranaudo fired a season-high 86 pitches in the victory … freshman left-hander Chris Cotton earned his first career save on Friday at Auburn, retiring the final two batters with two runners on base and the tying run on deck … LSU is 8-1 in one-run games this season, including Wednesday’s 6-5, 12-inning victory over Southern Miss at Zephyr Field in Metairie, La. … this Saturday’s LSU game versus Alabama will be “Ben McDonald Day” at Alex Box Stadium … McDonald’s jersey No. 19 will be formally retired and permanently displayed on the fascia of the Alex Box Stadium grandstand … McDonald, a 6-7 right-hander from Denham Springs, La., won the 1989 Golden Spikes Award and he was the No. 1 overall selection in the ’89 MLB Draft by the Baltimore Orioles … he is the SEC leader in single-season strikeouts with 202 Ks in 1989