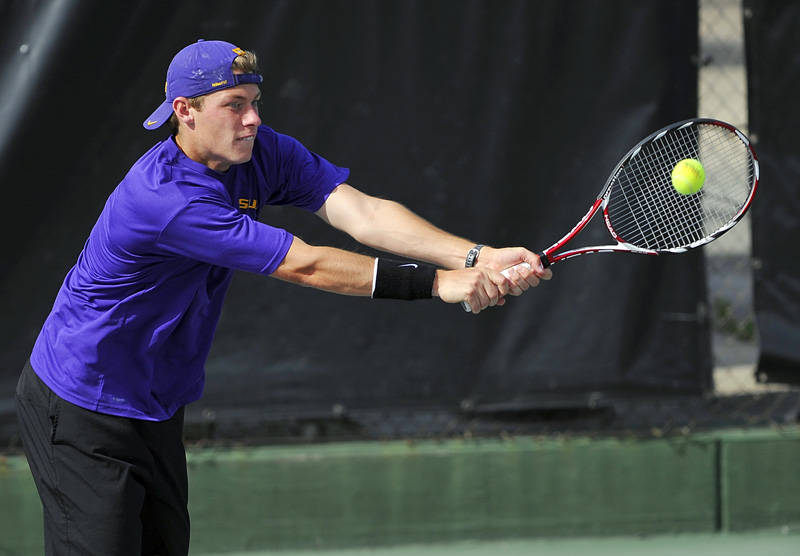 BATON ROUGE — The LSU men’s tennis team will take on 32nd-ranked Vanderbilt in its final home conference match of 2010 in W.T. “Dub” Robinson Stadium on Sunday at noon.

“Vanderbilt is having a good year,” LSU head coach Jeff Brown said. “They have a strong team with a good lineup. Our guys haven’t given up on the mission yet, so this is a big match for us to increase our chances of getting into the NCAA Tournament.”

LSU (5-13, 2-7 SEC) is looking to snap a six-match skid when the Tigers take on the Vanderbilt Commodores. Leading the way for LSU is sophomore standout Neal Skupski at No. 34 in rankings with a 6-10 dual record.

LSU leads Vanderbilt 44-14 in the all-time record, and the Tigers took the last meeting between the two teams in 2009, 4-3, in Nashville, Tenn.

The SEC match will be the last opportunity for LSU fraternities and sororities to participate in the attendance race for a chance to win a flat-screen TV and the winner of the 2010 Club Challenge will also be announced between doubles and singles competition. Admission to all home tennis matches is free.