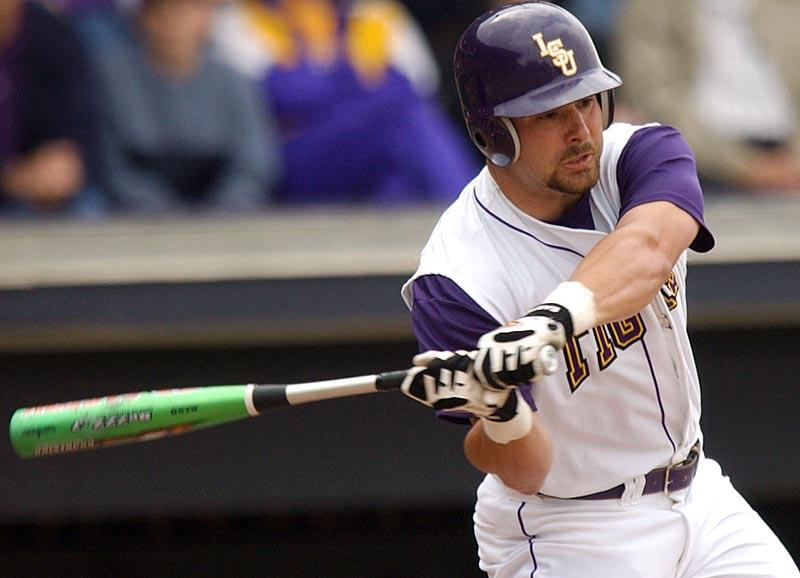 MILWAUKEE (AP) — Pinch-hitter Nick Stavinoha‘s two-run homer off Trevor Hoffman with two outs in the ninth inning sent the St. Louis Cardinals to a 5-4 victory over the Milwaukee Brewers on Friday night.

It was the first plate appearance of the season for Stavinoha, who made the opening-day roster out of spring training after being a midseason call-up by the Cardinals each of the past two years.

And it was the first blown save of the season for Hoffman (0-1), baseball’s career saves leader, after he converted his first two chances.

Matt Holliday also hit a two-run homer for St. Louis. Dennys Reyes (1-0) got the win and Ryan Franklin earned his second save.

With St. Louis trailing 4-1 in the sixth, Holliday drove a 3-2 pitch from starter Dave Bush to left field for a two-run shot. That was the end of the night for Bush, who allowed four hits and struck out six with two walks.

Brewers manager Ken Macha then turned the ball over to his bullpen, which combined for five scoreless innings in a victory over Colorado on Wednesday.

In the eighth, LaTroy Hawkins allowed a one-out double to Skip Schumaker that glanced off the glove of left fielder Ryan Braun. Hawkins got Ryan Ludwick to strike out looking, and Milwaukee intentionally walked Albert Pujols to put the potential go-ahead run on base and pitch to Holliday.

Hawkins ran the count to 2-2, then got Holliday to whiff on a 96 mph fastball to end the inning.

Hoffman began the ninth by walking Colby Rasmus, then got back-to-back flyouts and appeared ready to put the game away. But Stavinoha came off the bench and homered to left, giving the Cardinals the lead.

Bush got him to hit into a double play, strike out and fly out in his first three at-bats. Until Holliday’s homer, Bush’s outing was reminiscent of his solid start to last season.

The right-hander began last year 3-0 in his first nine outings — eight starts and a relief appearance — but took a line drive off his arm in June, eventually ending up on the disabled list with a micro tear of his right triceps muscle. He wasn’t the same pitcher after the injury, finishing the season 5-9 with a 6.38 ERA.

Milwaukee’s Casey McGehee couldn’t turn a fairly routine double play in the second, giving the Cardinals runners on second and third with one out. David Freese hit a sacrifice fly, scoring Holliday.

The Brewers tied it in the third on an RBI single by Rickie Weeks.

Braun led off the fourth with a double. Kyle Lohse struck out Prince Fielder and got McGehee to ground out, then issued consecutive walks — including one to Gregg Zaun, who was off to an 0-for-9 start — to load the bases. Alcides Escobar’s two-run double gave Milwaukee a 3-1 lead.

Carlos Gomez bunted his way on in the fifth and scored on Fielder’s RBI groundout.