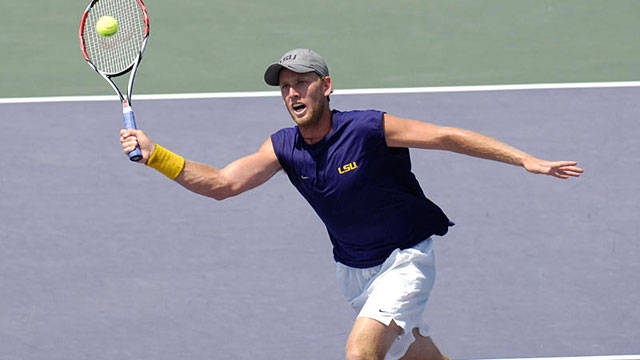 The event will take place at the Lamar Tennis Center at the Paula Manship YMCA.

The event is one of 22 United States Tennis Association Challenger Tour tournaments. It is the highest “minor league” men’s circuit below the world ATP tour with a total prize pool of $50,000 but more importantly points in the world rankings.

Former Tiger Michael Venus of Orlando, Fla., will play Saturday in the qualifying round draw that will send four players to the main draw of the 32-player event that begins on Monday. Venus  won the D’Novo All-American Championship in 2008 and was named an All-American in both singles and doubles in 2009. Venus was ranked No. 31 in the nation at the end of 2008 and No. 7 in 2009.

Another former LSU player, Colt Gaston, will team with Venus and they will be placed into the 16-team main draw for doubles as a wild-card selection. Doubles play will begin either late Monday or Tuesday.  Gaston played 2004-06 and 2008 for the Tigers and was an All-SEC doubles selection in 2006.

The actual draws for qualifying and the main singles and doubles draws will not be complete until late Friday night but can be found over the weekend at brprotennisclassic.com. Admission is $15 for a week pass, $10 for a day or $20 for championship rounds, April 17-18. All proceeds benefit the Cancer Services of Greater Baton Rouge.