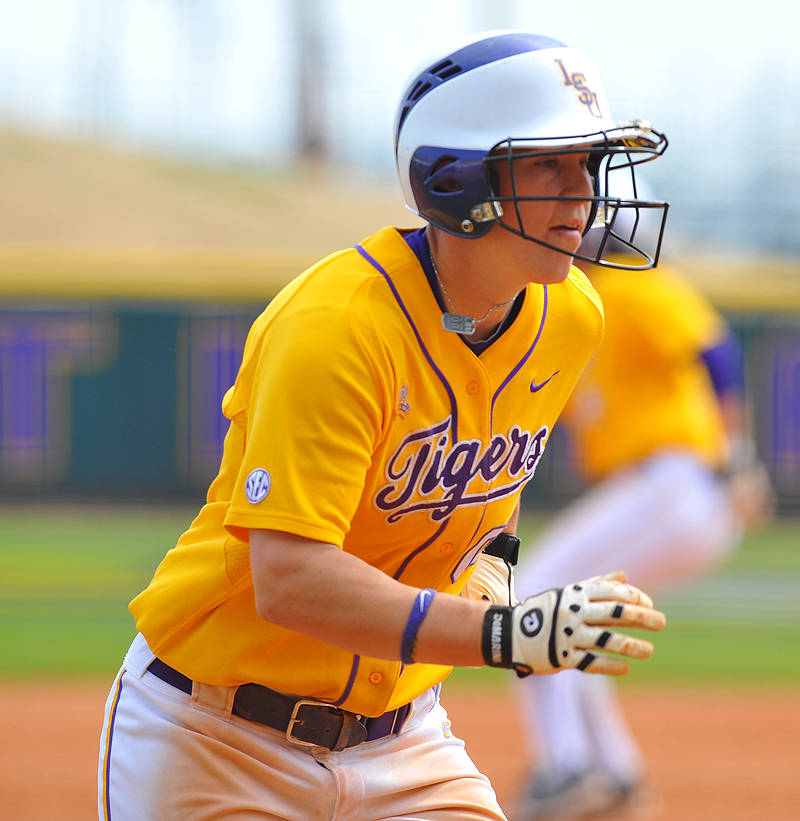 GAINESVILLE, Fla. – The No. 12 LSU softball team dropped a 7-1 decision to No. 6 Florida during Sunday’s series finale at Katie Seashole Pressly Stadium in-front of a 1,043 fans.

Florida (27-4, 9-2 SEC) moved into sole possession of first place in the overall SEC Standings, while LSU (29-7, 8-3 SEC) fell into a first place tie with Arkansas in the conference’s western division.

The Gators used a balanced offensive attack as eight of the nine starters garnered a hit off of three different LSU pitches. Ensley Gammel fired four innings of three-hit relief and surrendered an unearned run to improve to 7-0, while Rachele Fico had her streak of 10 consecutive wins dating back to opening weekend come to a close.

“It was a tough day for the Tigers all the way around,” head coach Yvette Girouard said. “I’m disappointed that our team didn’t rise to the occasion, but give Florida credit. They executed and made the plays to win in all three facets of the game.”

Florida coaxed a pair of walks and Kelsey Bruder was hit-by-a-pitch to load the bases in the first inning. LSU quickly turned to Fico in relief of Brittany Mack. She received an excellent defensive play by Anissa Young at first base, who snagged a Brittany Schutte line drive and stepped on the bag for the unassisted double play to keep the game scoreless.

The Gators responded with a pair of two-out hits to build a 3-0 advantage after three innings. Aja Paculba knocked a RBI-single in the second and Schutte followed with a two-run homer during the third.

Stephanie Brombacher recorded three innings of one-hit ball to go along with four strikeouts before giving way Gammel to open the fourth inning.

Ashley Langoni and Rachel Mitchell ripped a pair of singles off Gammel to set up LSU’s best scoring opportunity. Anissa Young followed with a sharp ground ball of her own but it was right to Paculba at second base, who alertly turned the double play. A chopper legged out by Juliana Santos forced UF shortstop Megan Bush into a fielding error, which allowed Langoni to cross the plate to make it 3-1.

Florida tallied four runs in the sixth inning behind RBIs from Gammel, Paculba, Michelle Moultrie and Francesca Enea. Gammel retired the nine of the last 10 batters she faced highlighted by seven straight to secure the 7-1 win.

“It doesn’t get any easier for us, that’s life in the SEC,” Girouard said. “We’ll have to regroup, get back to basics and be ready Wednesday to face a very talented Alabama team.”

LSU concludes its seven-game road swing with a Wednesday twin bill at No. 8 Alabama. First pitch is slated for 5 p.m. and both games will be broadcasted live on ESPN 104.5 and The X 104.9 FM in the Baton Rouge area. Live stats also will be available on LSUsports.net and in-game updates via www.twitter.com/lsu_softball.