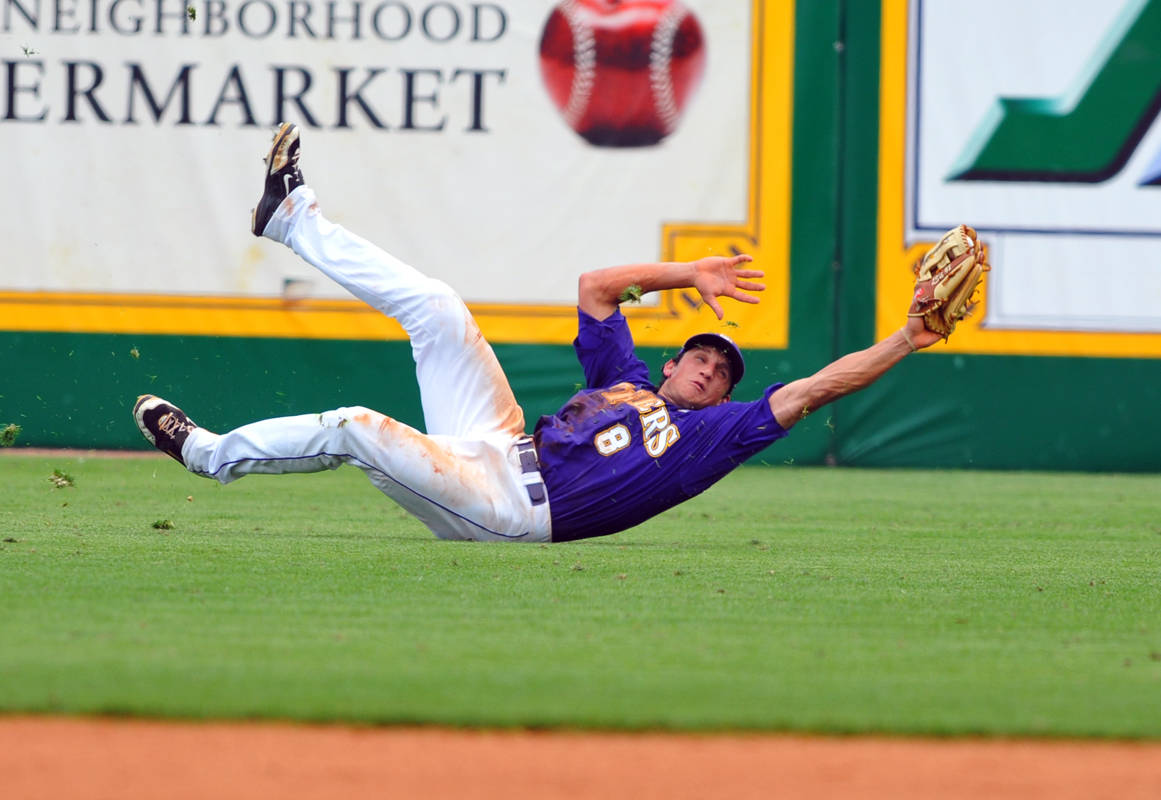 BATON ROUGE, La. – Two early home runs from rightfielder Mikie Mahtook along with clutch two-out hitting gave No. 4 LSU all the offense it needed to take a 15-5 victory in the series finale against Georgia on Easter Sunday in Alex Box Stadium.

The defending national champions produced when it mattered most, hitting 12-of-19 with two outs, 3-of-4 with the bases loaded, and scoring 11 of their 15 runs with two outs.

The Tigers rebounded after dropping Game 2 of the series to the Bulldogs, 12-6, on Saturday. In its last 129 games, dating back to April 2008, LSU has lost two straight games on just one occasion. The Tigers dropped two in a row to Tennessee in Alex Box Stadium on April 18-19, 2009.

“I thought we played well in all phases of the game today,” said LSU coach Paul Mainieri. “That’s the beauty of baseball; after a setback one day, you can come back the next day and play well. I was very pleased with the way we recovered after the loss yesterday.

“It’s a tribute to our pitching and to the character of our team that we can bounce back after a loss. I thought Mahtook gave us a spark early in the game and we played with a lot of energy throughout the day.”

Mahtook set the tone early, sending the first pitch of the game from Michael Palazzone over the left field bleachers to give LSU a 1-0 lead. One inning later, he connected on another monster shot to give him his second career multi-homer game and stake the Tigers to a 3-0 lead.

Starter Joey Bourgeois recovered from three early walks that loaded the bases in the first inning to escape unscathed and allowed only two hits in the first three innings. However, Georgia struck back in the fourth with a two-run home run from Christian Glisson to bring the Bulldogs within one run.

LSU provided a crucial response in the bottom half of the inning. After two quick outs, Mahtook reached on a walk and stole second before advancing to third on a wild pitch that walked Tyler Hanover. Blake Dean broke out of an 0-for-11 slump with an RBI double that left runners on second and third. A balk by Palazzone scored Mahtook and sent Dean to third. Micah Gibbs sent home the final run of the inning on an RBI single that scored Dean and gave LSU some breathing room with a 6-2 lead.

In all, LSU tagged Palazzone (3-3) for six runs on eight hits.

Alex McRee took the mound for Georgia in the fifth inning but failed to record an out. A combination of two walks and two wild pitches allowed Leon Landry to cross the plate and extend the margin to 7-2.

The Tigers extended the lead in the sixth inning when Austin Nola stepped up to the plate with the bases loaded. The sophomore brought the score to 10-2 when he powered a triple to straightaway center that gave him his first career three-RBI game.

The final five runs for the home side came in the eighth inning on RBI singles from Grant Dozar, Johnny Dishon, Wet Delatte, and Dean. Mahtook added his fourth RBI on a fielder’s choice.

Left-hander Jordan Rittiner (3-1) earned the win, contributing three scoreless innings in relief of Bourgeois. The freshman struck out two batters while allowing only one hit.

Georgia added three runs in the final two innings, only one of which was earned.

The Tigers return to Alex Box Stadium at 6:30 p.m. Tuesday to face Alcorn State before traveling to Metairie, La. to take on Southern Mississippi in the Wally Pontiff Jr. Classic on Wednesday.