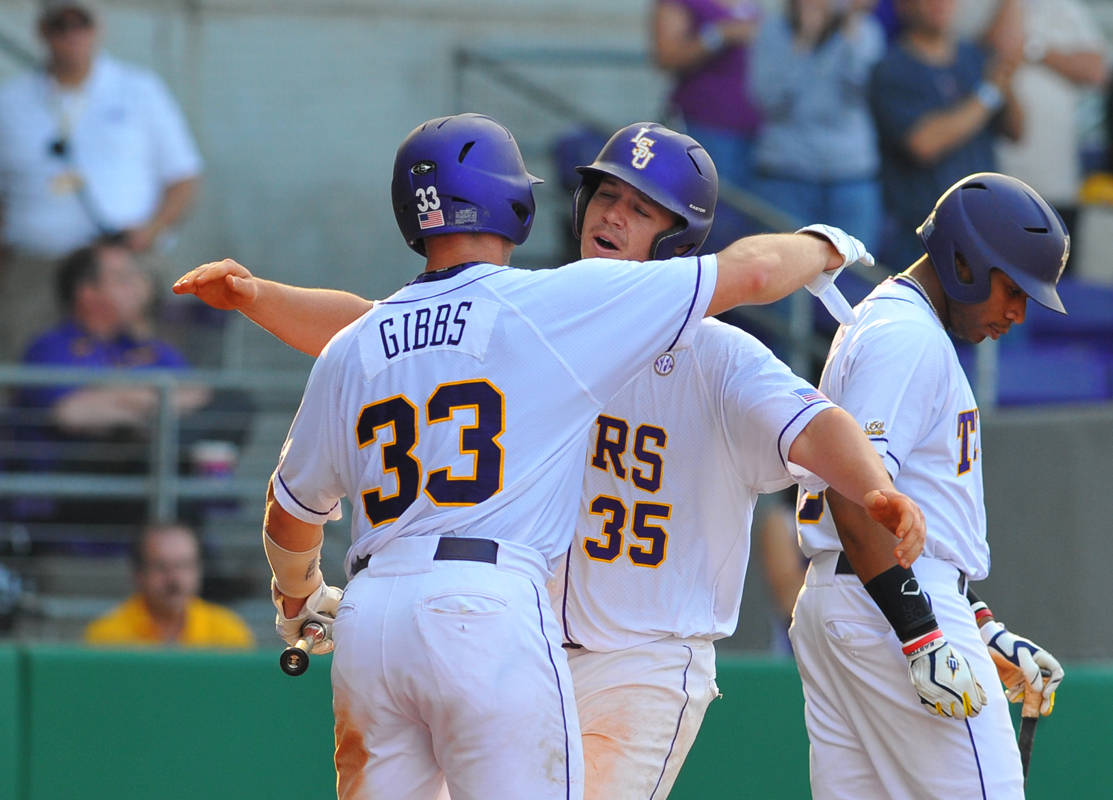 The game will be televised on both Comcast Sports Southeast and Cox Sports Television, and can be heard on the LSU Sports Radio Network. Live stats and audio are available at www.LSUsports.net. The game may also be viewed online at www.ESPN3.com.

Austin Ross (3-2) was charged with the loss after allowing five runs on seven hits through five innings. Jeff Walters (1-2) earned the win for the Bulldogs, allowing four runs on eight hits in six innings of play.

Gaudet paced the LSU offense, going 4-for-5, including his league-leading 11th home run of the season.

“This was just not our day,” said LSU coach Paul Mainieri. “Georgia played a great game and they deserved to win. I thought we swung the bats pretty well, but a lot of balls were hit into the teeth of the wind. I’m certainly not taking away anything from Georgia; they have a lot of talented ball players and they outplayed us today.

“We’ll look forward to coming to the ball park tomorrow with a chance to win the series.”

Georgia jumped out to an early lead in the top of the first inning. A fielding error by LSU allowed Peter Verdin to reach second base. The next batter, Levi Hyams, singled up the middle to score Verdin and put the Bulldogs ahead 1-0.

LSU responded by manufacturing a run of their own in the bottom half of the first. Mikie Mahtook led off with a double down the left field line, Tyler Hanover moved him to third on a groundout and Blake Dean drove him home on an RBI groundout to first to tie the game 1-1.

Georgia regained the lead in the top of the third on a two-run homerun to left by Hyams, giving the Bulldogs a 3-1 advantage.

The Tigers pulled within a run, 3-2, in the bottom of the frame on an RBI single by Hanover, scoring Mahtook who doubled earlier in the inning.

Georgia increased its lead in the top of the fifth inning, scoring a run on back-to-back doubles by Verdin and Hyams to put the Bulldogs up 4-2. Following a walk to Zach Cone, Robert Shipman singled up the middle scoring Hyams and Cone and giving the Bulldogs a 6-2 advantage.

LSU added a pair of runs in the bottom of the fifth on a two run blast over the left field bleachers from Gaudet, cutting the Tigers deficit to 6-4

The Tigers plated a run in the bottom of the seventh on an RBI single by Gaudet to make the score 10-5.

Georgia scored two more runs in the ninth on a two-run homerun by Farmer to give the Bulldogs a 12-5 lead.

LSU added a final run in the ninth on another RBI single by Gaudet, driving in pinch-hitter Grant Dozar to make the score 12-6.

LSU coaching legend Skip Bertman was honored prior to the game as his jersey No. 15 was unveiled on the grandstand fascia of Alex Box Stadium. Bertman coached the Tigers for 18 seasons (1984-2001), directing LSU to five NCAA championships.