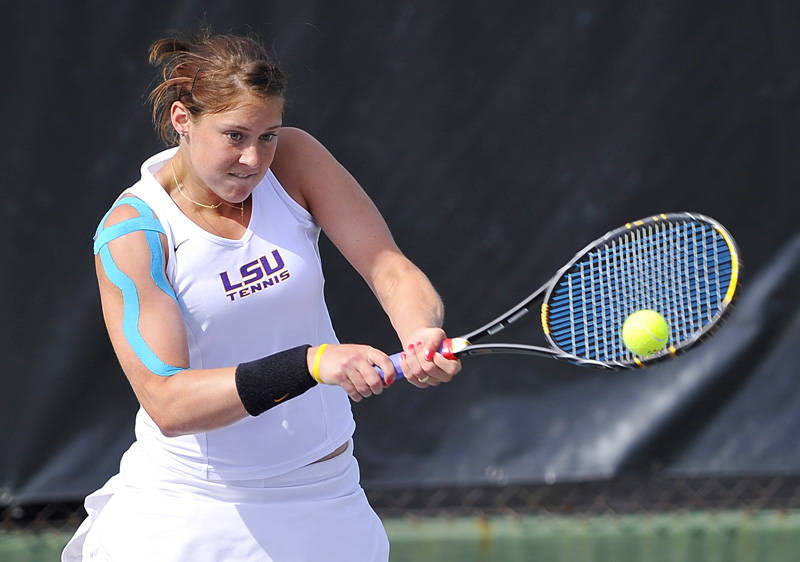 “Auburn’s a really good team. This is going to be quite a challenge. They’ve been solid throughout the course of the year,” said head coach Tony Minnis. “We always have a balanced match with them, and I expect nothing less on Sunday.”

The Lady Tigers are featured by sophomore Whitney Wolf who owns six wins at the No. 1 position with three of those wins over nationally ranked opponents. In doubles, Wolf partners with Keri Frankenberger to lead the team with a 6-3 record.

LSU dropped its match to Auburn, 5-2, last season, but the Lady Tigers lead the overall series against Auburn, 23-9.