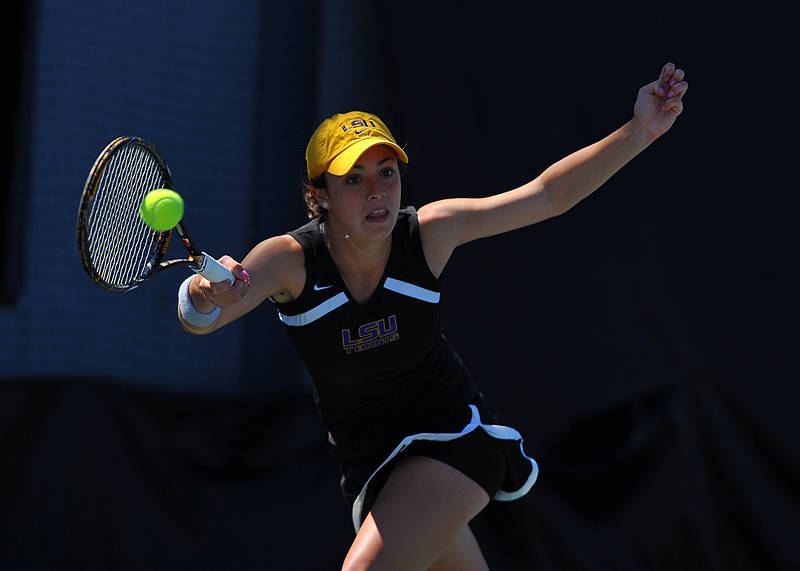 “This is a big weekend for our team. We’ve had a very tough stretch of matches playing some good teams,” said head coach Tony Minnis. “Alabama and Auburn present a tough challenge for us in our homestand this weekend.”

LSU (6-12, 1-5 SEC) looks to bounce back after dropping its last two matches to then-ranked No. 15 Tennessee and then-ranked No. 14 Georgia. The Lady Tigers are led by a pair of freshmen in Kaitlin Burns and Keri Frankenberger. Burns holds a 10-6 dual record in singles while Frankenberger checks in with nine dual wins.

Alabama (8-8, 1-5 SEC) is featured by Alexa Guarachi, who lists as No. 47 in the latest polls released by the Intercollegiate Tennis Association. In doubles, Guarachi combines with Courtney McLane to own a 7-4 record and a No. 20 national ranking.

The Tide took the last contest over the Lady Tigers in Tuscaloosa, Ala., 4-3, but LSU leads the overall series against Alabama, 26-10.