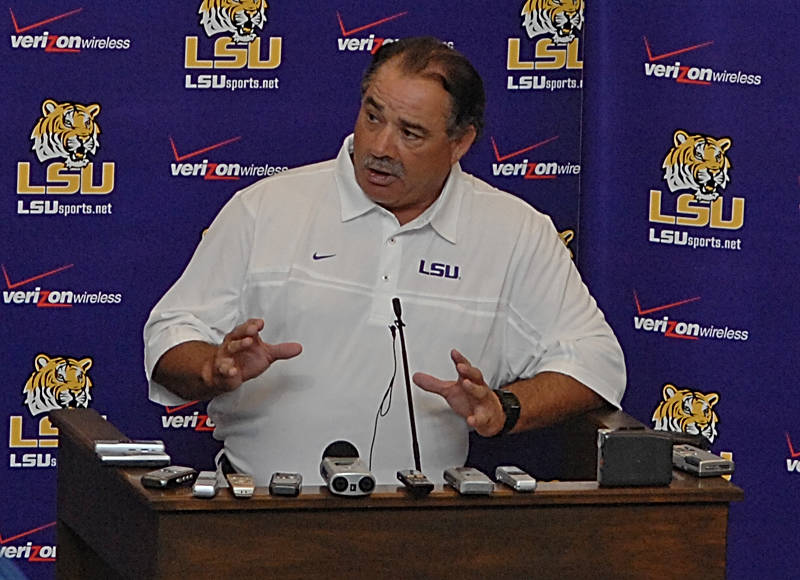 BATON ROUGE ? John Chavis, who was pursued by another school in the Southeastern Conference, will remain at LSU as the defensive coordinator, head coach Les Miles announced on Thursday.

“John has done a great job and he’s a key member of this staff,” Miles said. “John is a man of great character and a tremendous football coach. We’re glad he’s staying.”

In his first year with the Tigers, Chavis coached an LSU defense that rated No. 3 in the SEC and No. 12 in the nation in scoring at 16.0 points per game. The Tigers have allowed just six rushing touchdowns all season, the second-lowest total in college football this year.

“I’m staying at LSU and I’m excited about remaining here,” Chavis said. “LSU is a great place. This is an outstanding football program and I’m happy and honored to be a part of it.”

Chavis joined LSU last January after spending the 14 years as the defensive coordinator at Tennessee.

“We think John Chavis is one of the best defensive coordinators in the country,” LSU Vice Chancellor and Director of Athletics Joe Alleva said. “We felt like it’s important for the future of the program that we make this investment.”

Chavis will receive an increase in compensation, which will be announced at a future date.