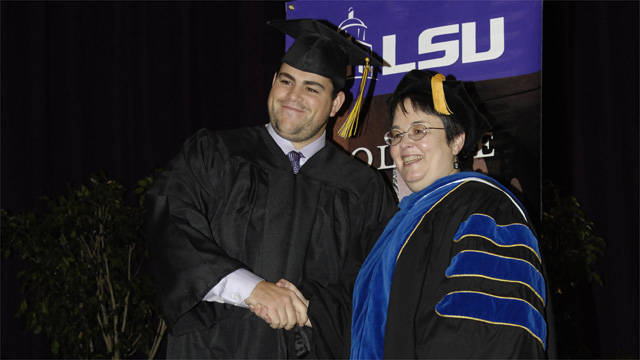 BATON ROUGE ? While the LSU track and field program is world-renown for its commitment to excellence on the track, it also takes great pride in its performance off the track and that has certainly been the case in 2009 as the men’s team has posted a perfect graduation rate of 100 percent.

The men’s track and field team is one of two athletic programs on campus to record a graduation rate of 100 percent in 2009 as it joins the LSU soccer team in accomplishing the feat.

“As a coaching staff, we expect the best of our student-athletes in competition as we compete for national championships year in and year out. We also expect their very best in the classroom as they work towards earning their degree while they are here at LSU,” said LSU head coach Dennis Shaver. “Our men and our women are among the leaders at LSU in academic achievement each season.

“We are very proud of those student-athletes who have earned their degrees this year and are now alumni of LSU. They understand how important that is to us as coaches each time we recruit an athlete to join our program. We will do everything in our power as coaches to help them reach that goal.”

Shaver also said that the work of the Cox Communications Academic Center for Student-Athletes plays a vital role in the academic success of his student-athletes each year.

Kenneth Miles, the executive director of the Cox Communications Academic Center for Student-Athletes, echoed Shaver’s comments in commending the work of LSU’s student-athletes in 2009.

“We at the Cox Communications Academic Center for Student-Athletes are extremely proud of each one of our student-athletes. We’re very pleased that they are now graduates of LSU,” Miles said. “Simply put, 100 percent is perfection. It’s what we demand and what we expect.”