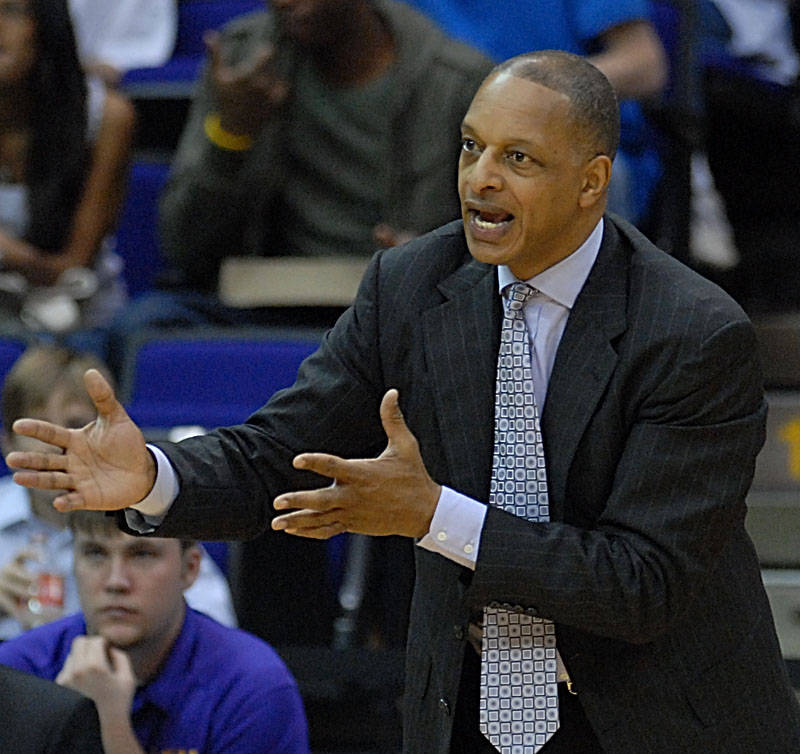 SEATTLE, Wash. ? The LSU Tigers worked out for a little over 90 minutes Monday at the former home of the Seattle Sonics in preparation for Tuesday night’s Cougar Hardwood Classic between LSU and Washington State University.

Tipoff for the game is just after 9 p.m. CST (7 p.m. PST) and is the first of two straight road-games for LSU sandwiched before and after Christmas.

The KeyArena is the site for the contest now in its fifth year matching the Cougars and an opponent in a one-night visit for Washington State to Seattle. LSU marks the biggest foe they have faced in the game since the opening contest in the series in 2005 when they faced Utah. WSU is 4-0 in the series and the biggest crowd they have had for the series of some 12,000 if predictions of a big walk-on crowd come through.

Both teams come in off good records with LSU at 8-2 and the winners of five straight, while Washington State is 9-2 under first year coach Ken Bone.

This is the back end of a home-and-home series that began last December in the Maravich Center with LSU getting a 64-52 win. Bo Spencer led LSU with 19 points in the game. Departed LSU players Marcus Thornton and Garrett Temple were also in double figures. LSU shot just 28.6 percent in the first half as the Tigers still built a 25-23 halftime advantage, but the Tigers shot 13-of-26 in the second half, including six treys to spread the margin.

Of course, although he continually down plays the game as not about him and just another contest in the progression of his team, this will be the first time his team has played in his birthplace of Seattle since he left Stanford to come to LSU. Also for freshman Aaron Dotson, expected to probably return to the starting lineup at the off guard, he will be returning to his hometown where he was recruited to LSU from Rainier Beach High School. Against Rice Saturday, he came off the bench to score 10 points in his first collegiate double figure game.

“Obviously, with us we have to defend and rebound the ball. They shoot the ball so well we’ve got to do a good job contesting shots and wearing them down,” said Johnson. “Klay Thompson is going to score. He’s averaging (24.9) point a game. He’s probably as difficult a guard as there is for this basketball team individually, collectively all year long. It’s important that the other guys (for WSU) not have big nights. Offensively, we’ve got to continue to execute in the half court game. Guys have to step up and make plays like Aaron (Dotson), Eddie (Ludwig). We’ve got to get production out of Dennis (Harris) and Garrett (Green).  It’s not a good situation for us if the game is in the 80s. They are averaging 80 points a game.”

Regarding Aaron’s first collegiate game in Seattle, Johnson said, “I told him just play. I know you are home. I remember my first year at Boise State, we came home to Seattle to play Washington. It didn’t go favorably well but I tried to do too much. It’s really a tough situation. But I think he is mature enough. I think he’s good enough to deal with it.

“But the bottom line for us is Washington State is probably the best team and is playing the best basketball of any team in the Pac 10 this year. We had a good indication of what the Pac 10 is capable of when we played Arizona State (NIT consolation game, Nov. 27), but that night we didn’t have one of our best players in Bo (Spencer) and so hopefully it will be better this time around as far as us playing with confidence.”

The game will be seen on CBS College Sports, but not in the Baton Rouge Cox Communications area. The radio broadcast will be available on the LSU Sports Radio Network (New Country 100.7 FM The Tiger) and in the Geaux Zone at LSUsports.net.

In LSU’s 65-61 win over Rice Saturday, it was Bo Spencer that the Owls left open while concentrating their defense on Tasmin Mitchell and Storm Warren. Spencer responded with 22 points on 8-of-16 field goal shooting that included four treys. It was his fourth 20-plus point game of the season.

Mitchell and Warren did contribute important points and rebounds in the game as the Denham Springs senior had his third double double of the year and Warren just missed another double up with 11 points and nine boards.

Combined, LSU’s three-headed scoring attack his combined for 71 percent of the LSU offense. Mitchell leads the team at 71.2 points per game, while Spencer is averaging 15.9 points and Warren 15.4 points.

LSU will next play on Dec. 29 in Cincinnati against Xavier. The Tigers next home game is Jan. 2 versus Utah.