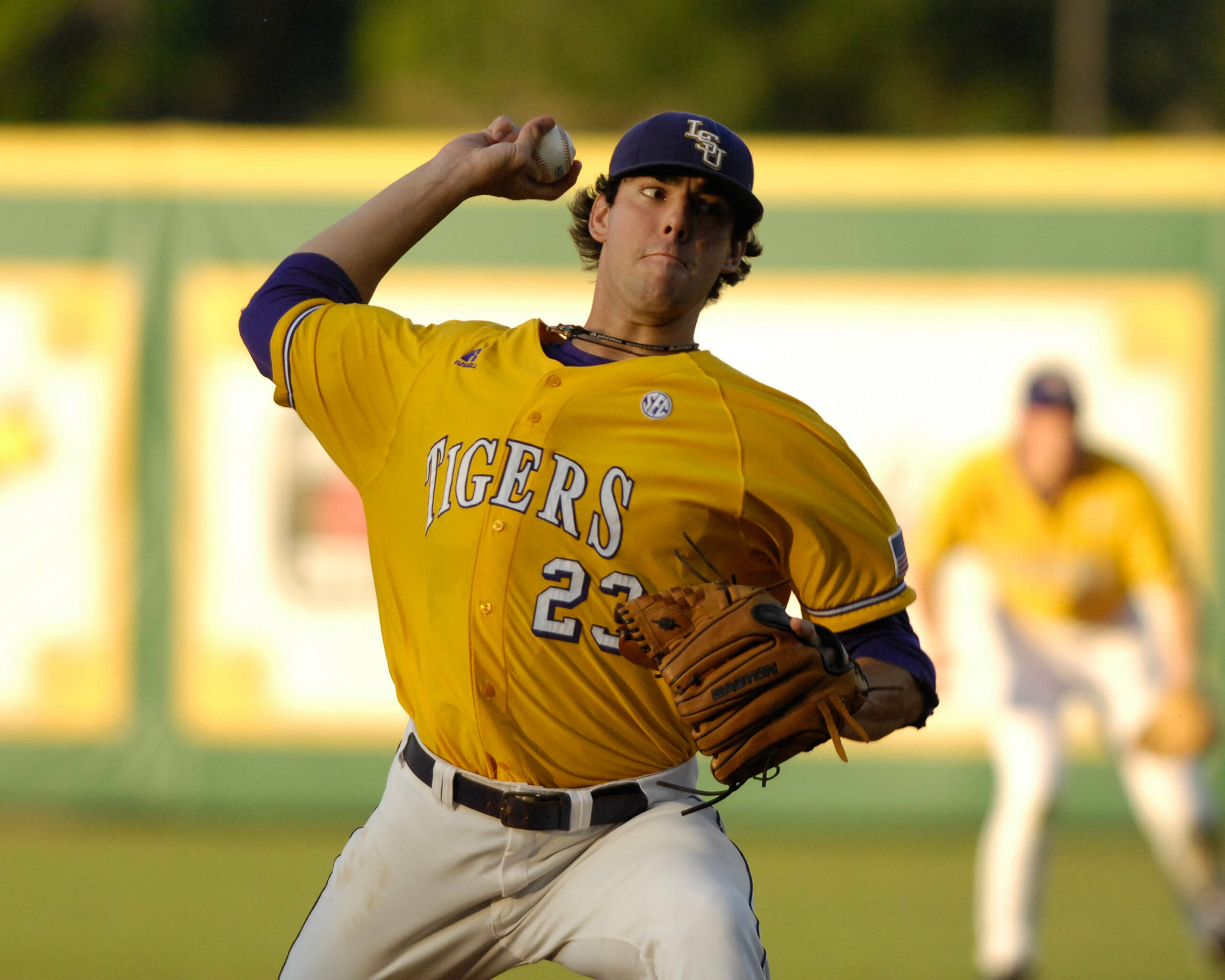 Ranaudo, named to the Collegiate Baseball first-team preseason all-America squad, was the Tigers’ No. 1 starter throughout the 2009 season, recording a 12-3 mark and a 3.04 ERA in 19 starts (124.1 innings) with 50 walks and 159 strikeouts. The junior right-hander from Jackson, N.J. finished No. 3 in the nation in strikeouts and No. 5 in wins.

Ranaudo, a third-team All-America and second-team All-SEC selection, became the first LSU pitcher to lead the SEC in strikeouts since Kurt Ainsworth (157 Ks) in 1999. He was the winning pitcher in the deciding game of the College World Series Finals versus Texas on June 24, working 5.1 innings while allowing four runs on eight hits with five walks and four strikeouts.

Dean returned to LSU for his senior season after he was selected in the 10th round of the MLB Draft by the Minnesota Twins. The native of Crestview, Fla., earned first-team All-SEC recognition in 2009, batting .328 with 18 doubles, 17 homers, 67 runs and a team-best 71 RBI.

Ott, a 2009 second-team All-American and the SEC Co-Freshman of the Year, established the LSU single-season saves record with 16, surpassing the previous mark of 14 set by Rick Greene in 1991. Ott, a sophomore right-hander from Chalmette, La., recorded a 4-2 mark and a 2.68 ERA in 37 appearances, collecting six walks and 69 strikeouts in 50.1 innings.

Ott earned the win over Texas in Game 1 of CWS Finals on June 22, firing three shutout innings while allowing no hits with one walk and three strikeouts.

Gibbs was named to the 2009 Rawlings NCAA Division I Gold Glove Team as one of college baseball’s top defensive players. The sophomore from Pflugerville, Texas, was also voted to the SEC All-Defensive Team by the league coaches.

Gibbs batted  .294 last season with 16 doubles, two triples, six homers, 42 RBI and 58 runs. He helped lead the Tigers to the national championship by hitting .357 in the College World Series with three RBI and six runs scored.

Gibbs recorded a .989 fielding percentage during the ’09 season, committing only seven errors. He threw out 22 runners attempting to steal and was charged with just four passed balls.